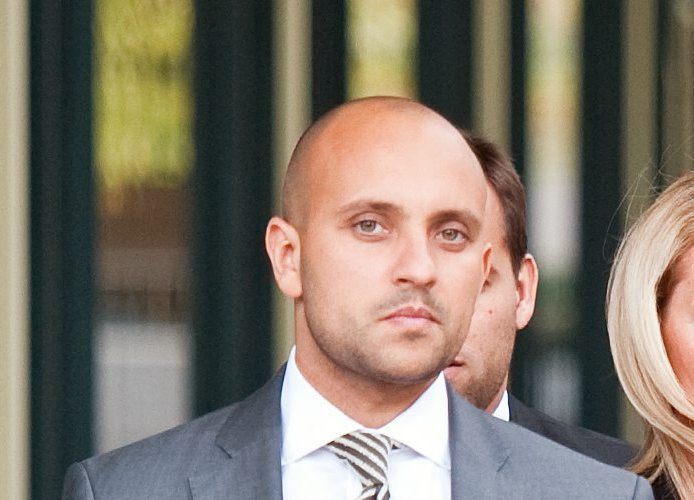 Posh and Beck’s former brother-in-law has been jailed for two-and-a-half years after his firm wined and dined 40 investors before conning them in a £800,000 boiler room scam.

Flood’s cronies “made great play” of his ties to the former England football captain to gain victims’ trust and even planned scamming the dad of his ex-Three Lions teammate Joe Cole.

The thieves in suits lured OAPs into the scheme with lavish meals and promised a 300 per cent return on their investments but ignored them when they tried to cash out.

Flood was a director and in charge of marketing and finding “high net worth” investors and has an eight-year-old daughter with Posh’s sister.

She described her ex-husband as a ‘wonderful father’ who undertook “many of the hand-on activities of the little girl’s day-to-day life” in a character reference submitted to Kingston Crown Court.

Today (Fri) he showed little emotion as sentencing Judge Michael Carroll blasted him for knowing the investments where “fraudulent from the outset”.

He said Flood, 40, was only involved while £195,000 was stolen after the late John Docker senior and Gennaro Fiorentino founded the company.

He said: “Darren Flood, you helped in the setting up of The Commodities Link, the relevant company.

“You opened the two legitimate bank accounts with Counts and I accept you became involved because of your relationship to your step father John Docker senior and indeed Gennaro Fiorentino, 38.”

The judge said: “Of course I have heard now on effectively all your behalf’s about the dependants and family members who rely on you who will be left behind as it were as I pass inevitable custodial sentences.

“It’s often said it’s those that are left behind that suffer the most and that to some extent I know is the case.”

Bald Flood, who wore a dark smart jacket, white shirt and tie in the dock, made no emotion as he and six others were sentenced for their part in the scam.

Flood, of Hertford, joined the London-based firm as a director in June 2012, opening its two bank accounts with Coutts bank later that year.

He resigned on April 2013 after being accused by colleagues of not performing on “any level” other than to “extract expenses” in company documents uncovered by detectives.

The scam was only uncovered after police investigators spoke to one of the victims after becoming suspicious of her investments.

Judge Carroll added: “Count 1 on this indictment which charges you all with conspiracy to defraud and the investment scheme of which you were selling effectively as a group small amounts of rare earth metals to private investors which you knew was fraudulent from the outset.

“I say that because of a clear absence of an exit strategy for this invents.”

He jailed ringleader Fiorentino for just five years due to “exceptional circumstances” when he saved a stabbing victim’s life before the trial.

The judge said: “Gennaro Fiorentino you played the leading role, and I use the word the deliberately, in this conspiracy.

“There was a degree of sophistication, the fraudulent activity was conducted over a sustained period of time and in my view 40 (victims) means a large number of victims so high culpability. 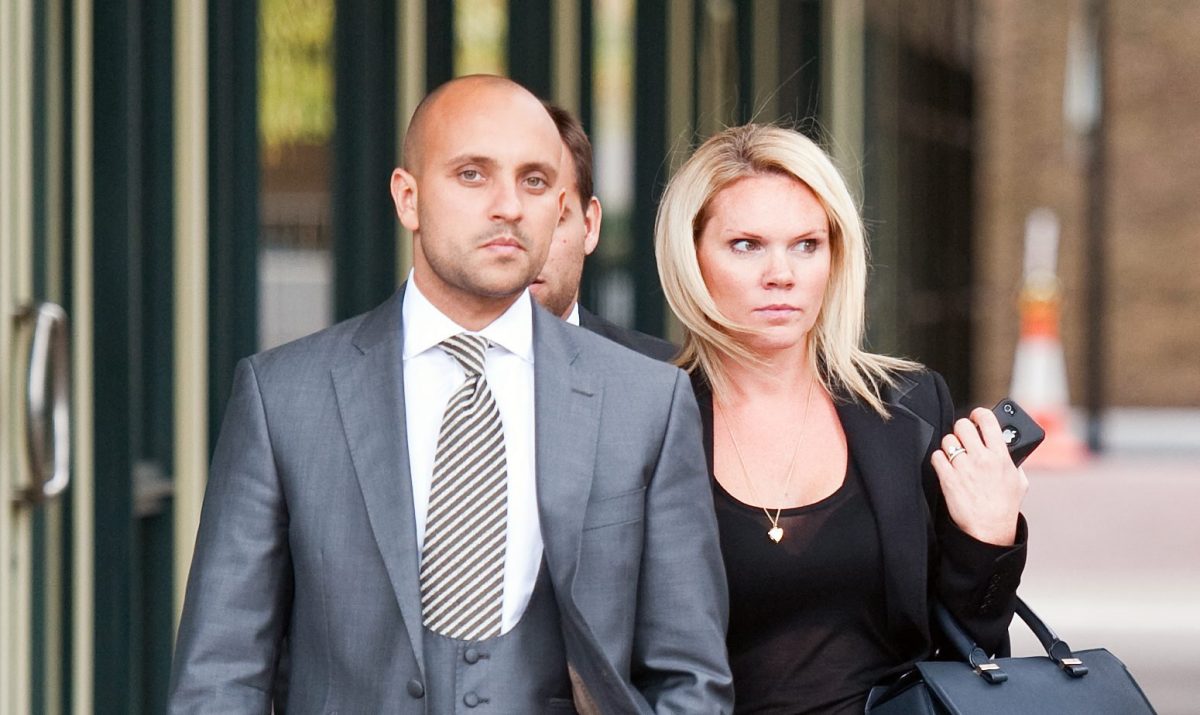 “I take into account the diagnosis of Post Traumatic Stress Disorder which arose from the incident when you intervened prior to the commencement of this trial and saved in the my view the life of a young person who had been stabbed on the street.

“Not only did you take him to hospital but my view is your prompt actions, although they resulted in your diagnosis almost certainly saved his life and because of what I’ve heard about it and read about it during this trial I’m prepared reduce your sentence in the exceptional circumstances for one of five years imprisonment.”

Flood, who had no previous convictions, was sentenced together with Fiorentino, 38, Jonathan Docker, 32, Mark Whitehead, 59, and Vikki King, 39, who were all convicted of conspiracy to commit fraud by false representation after a ten week trial.

The scam’s main salesman Paul Muldoon, 34, who talked up the Becks link using a false name of Paul Roberts and whose lawyer said felt “deep remorse” for his crimes as jailed for four years.

Stephen Todd, 37, was jailed for one year while Mark Whitehead, 59, was sentenced to three-and-a-half years and Vikki King, 39, to two years and three months.

Earlier today (Fri) the court heard Flood was disqualified from being a company director for “not less than four years” in a civil case in April 2017.

The judge postponed making another disqualifying order banning him from “being concerned or taking part in the promotion formation or management of a company” to run concurrently to his current ban.

Serious Crime Prevention Orders were made against Fiorentino, Muldoon and King.