Ricky Mayhew, 32, flew into a rage and attacked Luke McKiernan who needed 30 stitches and was left scarred for life 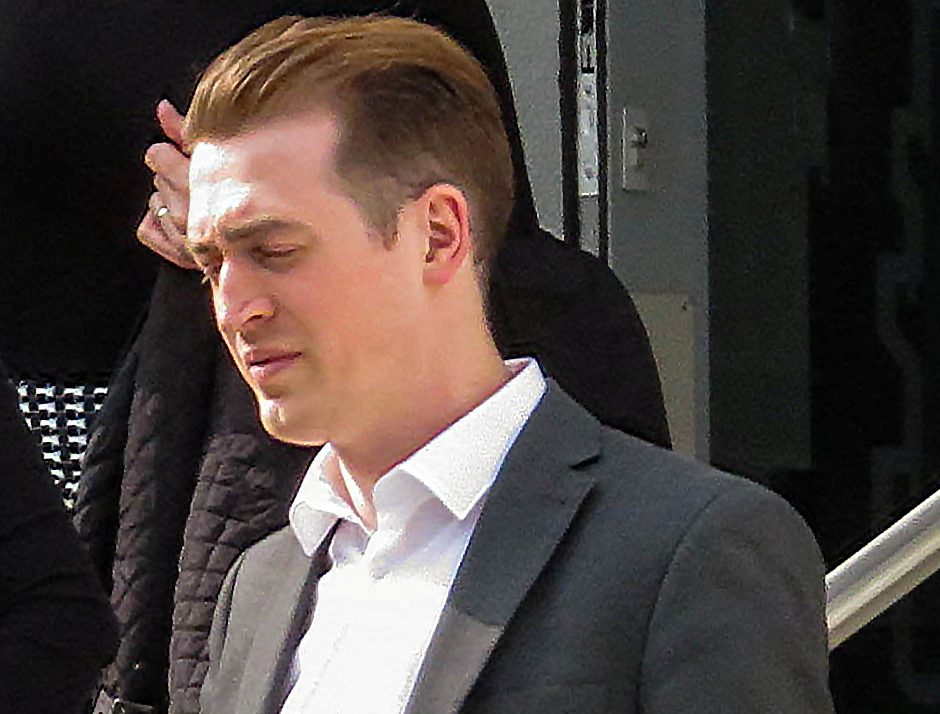 An engineer who almost killed a man when he glassed him in the neck walked free from court after a judge heard he would lose his “very good job” if he was jailed.

Ricky Mayhew, 32, flew into a rage and attacked Luke McKiernan after he accidentally bumped into him on a nightclub dancefloor.

Mr McKiernan, 32, has been scarred for life after he suffered a six inch gash to his neck and needed 30 stitches following the brutal attack.

Mayhew, of Leamington Spa, Warks., admitted maliciously wounding and assaulting two women who were hit by flying shards of glass.

He was handed a 20-month prison sentence, suspended for two years and ordered to pay Mr McKiernan £2,000 compensation.

The engineer was also ordered to do 300 hours unpaid work and given a 7pm-7am curfew and told to wear an electronic tag for six months.

Sentencing him at Warwick Crown Court on Thursday (25/4), Judge Andrew Lockhart QC said: “That is a deliberate act.

“It’s a wound to the most vulnerable part of the body. A centimetre or so either way, and it would have severed an artery.

“I have no doubt Mr McKiernan had taken drink, as had you.

“I find that Mr McKiernan bumped into you and put his arm round your shoulder, but I don’t see it go round your neck.

“You glassed him. It could have hit a major artery, and it required a large number of stitches.

“You went home. You didn’t care if he was bleeding on the floor.”

The court heard Mayhew attacked Mr McKiernan in the Clink Cellar Bar in Leamington Spa in the early hours of August 27 last year.

Prosecutor Jennifer Josephs said: “Shortly after midnight Mr McKiernan bumped into Mayhew on the dancefloor and turned to speak to him, putting his arm on his shoulder as he leaned forward to talk to him.

“The defendant reacted by pushing him away, raising his glass, stopping and then hitting him to the neck with the glass.

“As a result of the blow, Mr McKiernan suffered a 15cm wound to his neck, going through all the layers of skin and into the muscle.

In a victim impact statement, Mr McKiernan said he has been left with a permanent scar to his neck and suffers sleepless nights.

Graeme Simpson, defending, said: “I concede this case crosses the custody threshold, but the purpose of my submission is to seek to persuade Your Honour to suspend the sentence.”

He said Mayhew had left the bar after the incident, but later handed himself in to the police, adding: “But for that he may never have been traced.

“It’s down to him doing the right thing that he’s here today. He has expressed shame and horror at the injuries he caused.”

Mr Simpson said Mayhew had a degree in engineering and a “very good job in management”, which he would lose if he was jailed, which would “set him back years.”