Researchers found that leaves from three herbs, that are exclusive to the island, contain compounds that stop the growth of cancer cells in the oesophagus 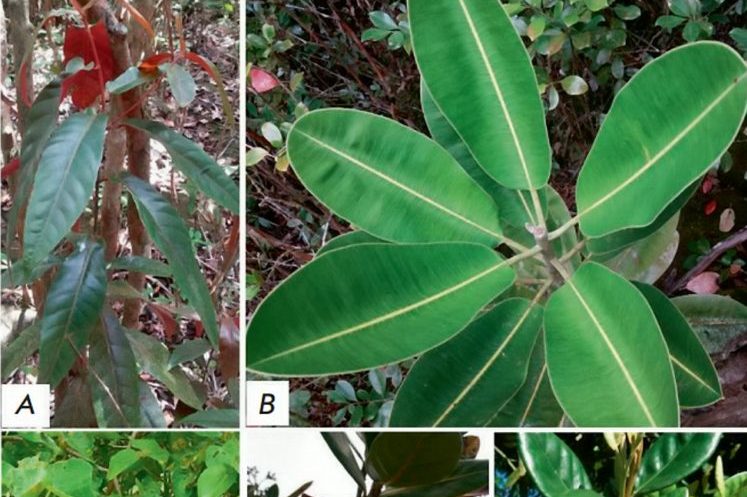 Herbs that only grow on the tropical island of Mauritius could treat cancer, suggests a new study.

Researchers found that leaves from three herbs, that are exclusive to the island, contain compounds that stop the growth of cancer cells in the oesophagus.

The oesophagus is the long tube that carries food from the throat to the stomach. Twenty-five people are diagnosed with oesophageal cancer every day and it is the 13th most common cancer in the UK, according to Cancer Research UK.

It was found that leaves from the acalypha integrifolia, eugenia tinifolia and labourdonnaisia glauca contained natural chemical compounds that activate the AMPK signaling pathway which stops cancer cells growing.

The search for AMPK activators is a big priority for molecular oncologists and they think Mauritius could be an important breakthrough.

Oesophageal cancer is a growing concern because of the detrimental side effects of modern lifestyles. Drinking too much alcohol, smoking and obesity can all increase the risk of developing the disease.

At the moment, there is no effective treatment.

The radiotherapy and chemotherapy treatments currently on offer may give sufferers a few more months, although these are usually spent in excruciating pain.

Oesophageal squamous carcinoma together with glandular tissue cancer, adenocarcinoma, is the sixth most deadly cancer worldwide.

On average, people with this disease, that prevents eating and digestion, live less than a year. Only three patients in every 20 live five years after their diagnosis. This type of cancer is treated with broad-spectrum chemotherapy, which is rarely successful.

The drugs are extremely toxic and the side effects drastically reduce patients’ quality of life.

More than half of all anticancer drugs were developed from natural sources. Herbs are often used as cancer treatments too.

Researchers say anticancer drugs can be made from plants, fungi, bacteria, insects, and marine organisms.

The samples were tested on cells from two different types of cancerous tumors.

Effective inhibitors of oesophageal cancer cells were found in three of the five species. They stopped growth and even contributed to the cells’ death.

Lead scientist Dr Alexander Kagansky said: “Mauritius is a treasure island of global biodiversity and the story of continuing tragedy of human greed, barbarian appetite and neglection of true wonders of the planet designed to save human lives.

“About one-third of local plants are used in traditional medicine but there is still a lack of scientific evidence of their therapeutic potential.

“Genocide of nature is most evident on such small pieces of lost paradise.

“To date, only 15 per cent of the island’s plant species have been examined for their medicinal properties, which is still better than in many countries.

“Ethnobotany combined with modern organic chemistry and cell biology is an extremely fruitful interdisciplinary field for scientific research. We hope to proceed working in this direction, thanks to the growing globally Bio2bio movement supported by the Global Young Academy.

“In particular, further study of the active compounds from the leaf extracts of A. integrifolia, E. tinifolia and L. Glauca promises to reveal prototypes of the future drugs to treat oesophageal cancer and other deadly diseases.

“Our research should serve the benefit of humanity and show how we all depended on natural chemistries on the mechanistic level, which will reward us by reducing deaths and suffering of ourselves, our parents, and children.”

Dr Kagansky, of Far Eastern Federal University (FEFU) in Russia, said that the total number of medicinal plants is rapidly declining due to human activities such as lumber, energy, and food generation.

He is co-organiser of the Bio2Bio international consortium supported by the Global Young Academy and the Interacademy Partnership.

Bio2bio aims to protect biodiversity and nature which are sources of valuable biological compounds, as well as to link together traditional medicine with modern drug production.

He said the species, that don’t grow anywhere else, could disappear entirely with the construction of 5-star hotels, banks, or golf-courses.

The findings were published in the journal Acta Naturae.