Siobhan Tedder, 26, clashed with cops after calling them saying to say she had been assaulted on a night out in London 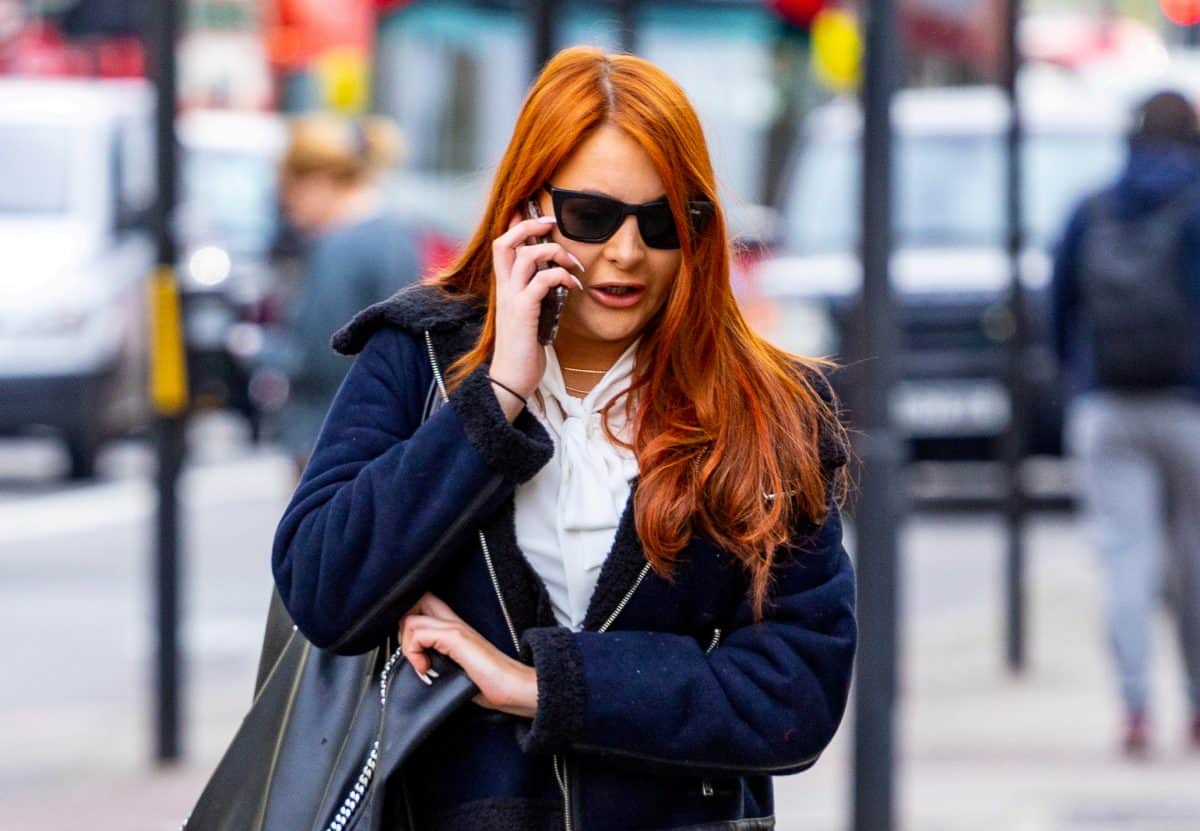 A drunken Playboy bunny who sunk her teeth into a volunteer police officer and kicked another was spared jail.

Red-haired Siobhan Tedder, 26, clashed with cops after calling them claiming she had been assaulted during a night on the town.

They found her screaming and foaming at the mouth in Mayfair, central London, on March 2.

Tedder, a waitress at private members-only Playboy Club, claimed she was being sexually touched and made “sexual noises” before sinking her teeth into Special Constable James Murphy, leaving teeth marks and causing him to scream out in pain.

She also kicked PC Tom Burch as they arrested her for being drunk and disorderly.

Tedder, of Hammersmith, west London, pleaded guilty earlier his month to assaulting the officers when she appeared at Westminster Magistrates’ Court.

She returned to the court for sentencing wearing a white blouse, grey tight-fitting trousers and black blazer.

The court heard Tedder was now jobless after being fired from the Playboy Club over the incident.

Tedder became tearful in the dock as she told magistrates: “I just feel so ashamed.

“I’m saying sorry, I want to composite obviously the officers.

“I’m sorry for wasting your time for being here today.”

Tedder held her hands in front of her and nodded as she was sentenced.

She put her on a four week curfew from 9pm to 7am and ordered she pay £150 compensation to SC Murphy for the bite, none to PC Burch as he was not injured.

She must also pay £85 prosecution costs and a victim surcharge £85.

Ms Baldwin said: “Needless to say it’s two serious charges that you appear and pleaded guilty to today and you must be punished for that.

“We do find on the facts that all two charges individually and together are serious enough for a community order and we are making such an order today.

Brinkman May, prosecuting, said officers were called to her flat after she called police saying she had been assaulted.

They found her locked out of her flat and one of her windows was smashed at 5.45am.

Mr May said she started “screaming and swearing” after officers decided to patch the window up and bill her for it.

He added: “She was warned that her loud and aggressive behaviour wasn’t appropriate.

“She then repeatedly said, arrest me, what do I have to do to be arrested?'”

She was placed in handcuffs in a communal kitchen and the prosecutor said: “Whilst being restrained she attempted to suggest she was being touched inappropriately by the officers and imitated sexual noises.”

The bite happened after she was laid on the ground after she started kicking while being taken out of the flats.

Special Constable Murphy was bitten while he placed his left hand between her head when she started banging it against the pavement, “leaving instantly visible tooth impressions. That caused him to scream loudly in pain.”

Mr May added: “You can clearly see imprints of teeth marks on his hand. It would appear certainly a description of the injury: bite mark, bruising and swelling to the forearm. It’s not clear if blood was drawn.”

She had a previous conviction for drink driving in 2016 and a caution for battery in 2012.

Ade Mayungbe, in mitigation, said: “It’s just a case of drinking too much.

“She has shown genuine remorse and that’s very clear today. All she keeps saying Is she would like to apologise to the officers.

“She is in a position she is no longer employed because of this. She is essentially unemployed.”

Tedder was supported by her father and aunt in the public gallery.