The celebrations culminated in a sensational flypast of 100 aircraft, including 22 Typhoon jets in an iconic ‘100’ formation.

One hundred days after the RAF’s official 100th birthday on 1 April, the RAF marked its centenary today in a day of national celebrations. 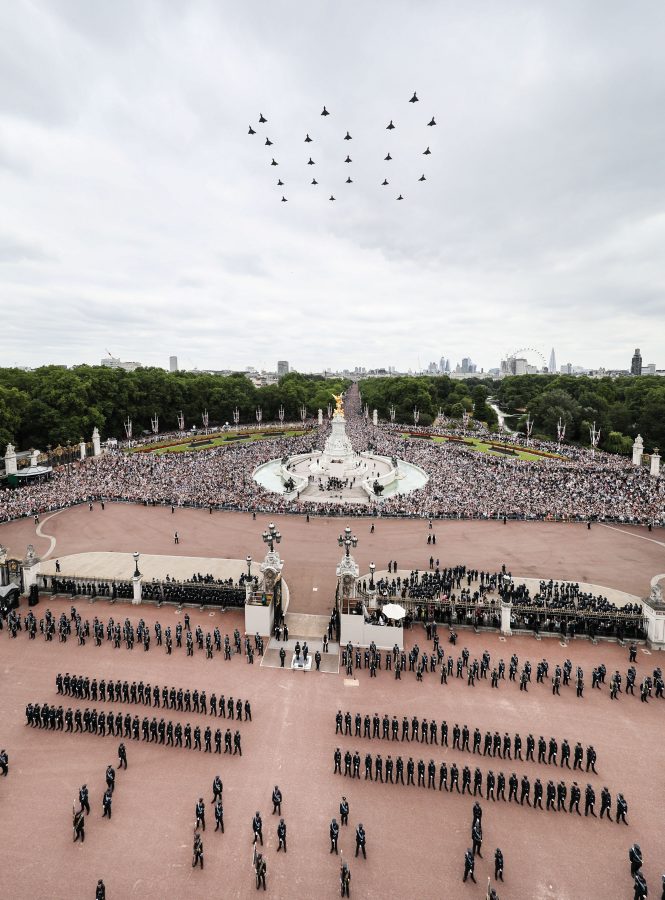 The celebrations culminated in a sensational flypast of 100 aircraft, including 22 Typhoon jets in an iconic ‘100’ formation. Over 1,000 RAF servicemen and women performed a ceremonial parade on The Mall in central London, along with almost 300 personnel lining the route, including people from a variety of roles and RAF stations, representing the full diversity of the current Air Force. 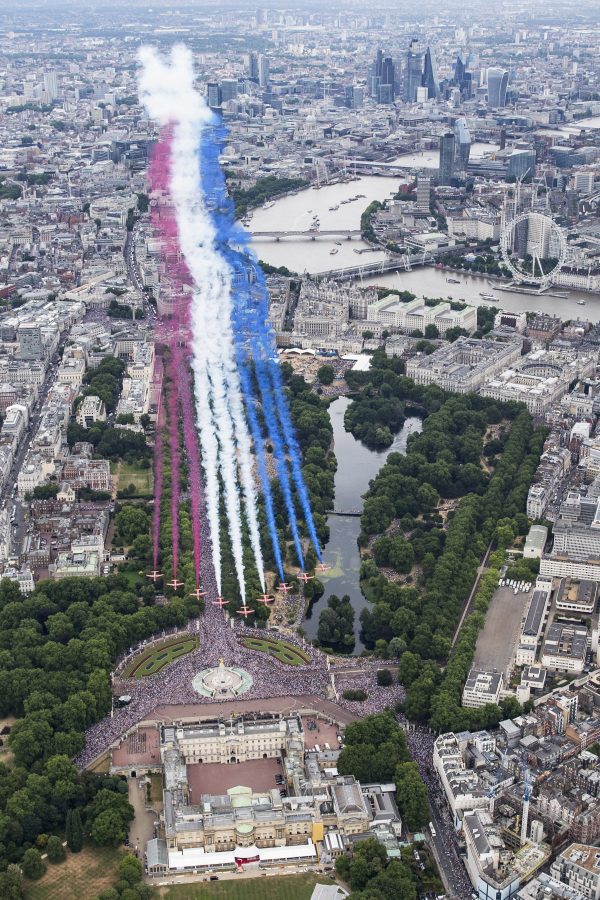 Her Majesty the Queen honoured the RAF with the presentation of a new Queen’s Colour at a ceremony on the forecourt of Buckingham Palace.

At 1:00pm members of the Royal Family, invited guests and members of the public witnessed a flypast of 100 aircraft over Buckingham Palace, representing the RAF’s history, its continued operational role in securing the UK’s skies, and the future of air power. The flypast featured the latest aircraft to enter service, the Lightning II, as well as 22 Typhoon jets in a ‘100’ formation and concluded with a display by the Royal Air Force Aerobatic Team – the Red Arrows.