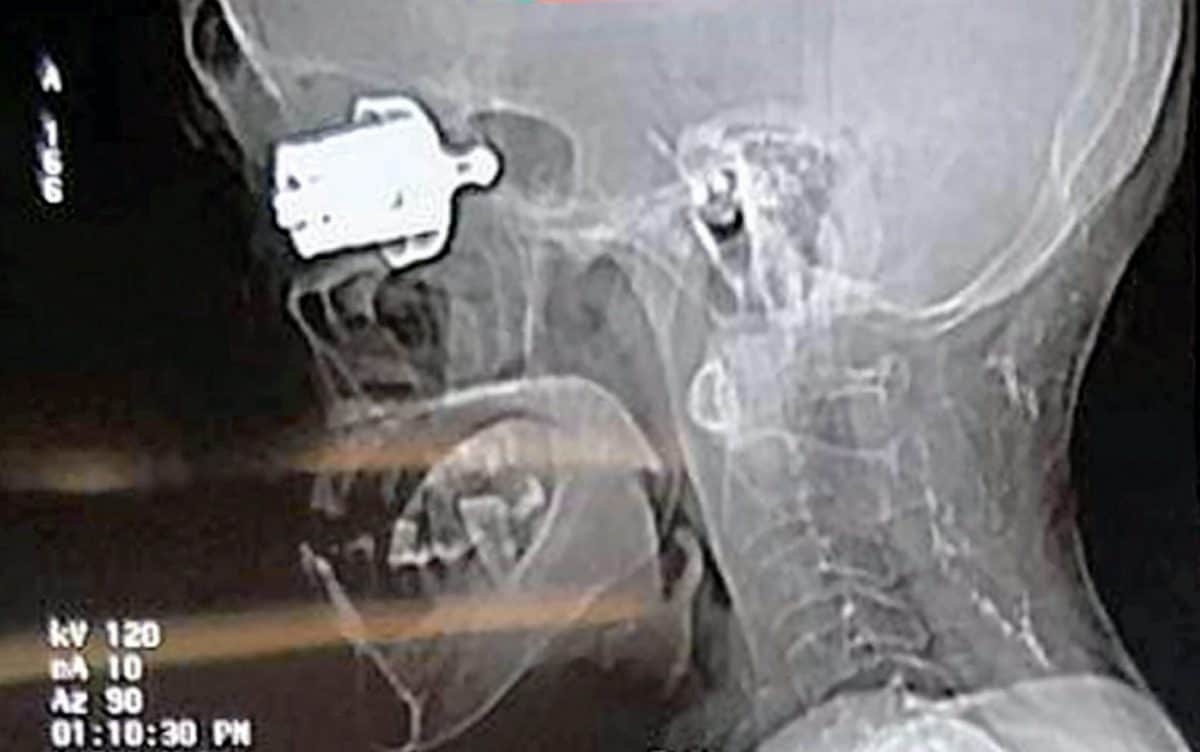 A woman was left blind in one eye after the whistle from a pressure cooker shot out — and lodged into her skull.

Munda Birsi, 57, left the pressure cooker on the gas stove while cooking dal and forgot about it while she went to cut hay in her back garden.

An hour later she rushed back into the kitchen and was pulling the cooker off the lit stove when the steam made the whistle burst out and pierced her skull next to her eye.

Medics couldn’t see the bullet-sized bit of metal from the outside, but surgeons were able to gently pull it out.

Doctors at Bhagwan Mahavir Medica Super Speciality Hospital in Jharkhand, India, saved her life, but not her left eye.

He said: “Firstly we had to release adhesions around the whistle and ensure that no bleeding should occur while extricating the metallic object.

“We had kept backup plans if blood would spurt.

“It was a bit difficult to pull out the whistle as vigorous manoeuvre would damage the surrounding tissues.

“We gently pulled the whistle and packed the wound opening with the gauze pieces.

“The surgery was successful and we could save the life of woman, though her left eye could not be saved.”

The accident happened when Munda was cooking pulses at her home in Khunti district, Jharkhand, India, on September 4.

She couldn’t hear the whistle screaming, because it was drowned out by the hay-cutter.

She was taken to a hospital 56km north of her village.

The metallic whistle, around 70mm in length and 20mm wide, was stuck in such a way that it was not visible from outside.

Only a CT scan revealed it was deeply jammed near her brain.

She had an operation on Friday (6th) and discharged from hospital the next day.