A desperate dog owner is going to extreme lengths to try and find his beloved pet – including hiring a helicopter and sleeping outdoors in woodland. Determined Stuart Smith, 46, has vowed nothing will stop him finding Kahn – a one year old Leonberger – who vanished in storms three months ago. He and his […] 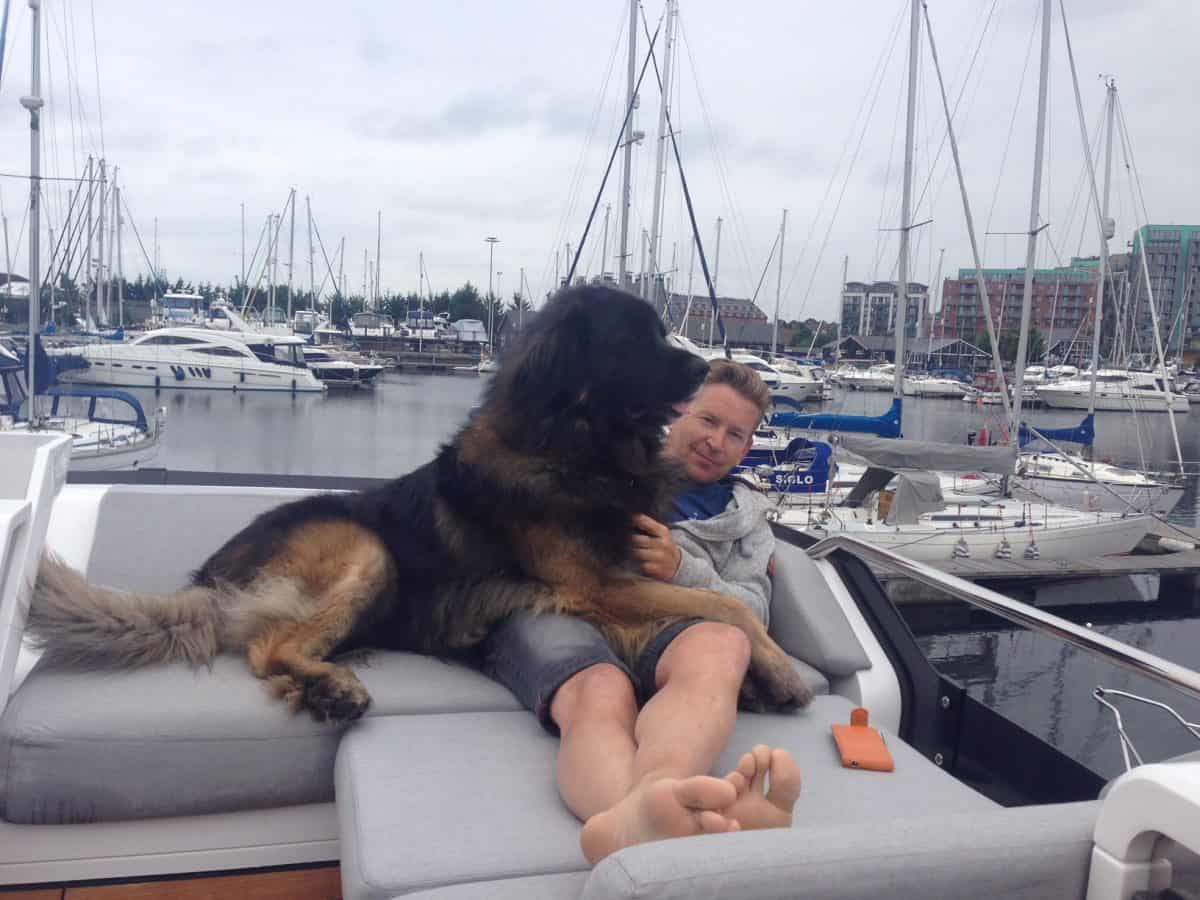 A desperate dog owner is going to extreme lengths to try and find his beloved pet – including hiring a helicopter and sleeping outdoors in woodland.

Determined Stuart Smith, 46, has vowed nothing will stop him finding Kahn – a one year old Leonberger – who vanished in storms three months ago.

He and his partner Sharron, 55, have put their life “on hold” until they are reunited with Kahn.

In his bid to find his pet Stuart has climbed a church tower with a camera on his back and boiled tripe on the back of his van to try and lure the pet.

He’s also sleeping on a fly tipped mattress in woodland near his home in Hockley near Rochford, Essex, in the hope it will create a scent which will encourage Kahn to come back.

Stuart is even sniffing dog poss traces in the hope that he recognise his Kennel Club registered, micro-chipped animal.

Stuart said: “I have done absolutely everything I can think of to find Kahn – and if anyone suggests anything else new to me and I will do that too.

“He is very special to me. I’ve had him since he was a puppy. I don’t have any children, so when he went missing it just broke me.

“Some people will no doubt think that I am crazy but I have so many people willing me on and helping to put up posters for Kahn that I will try anything to let him know we are looking for him.” 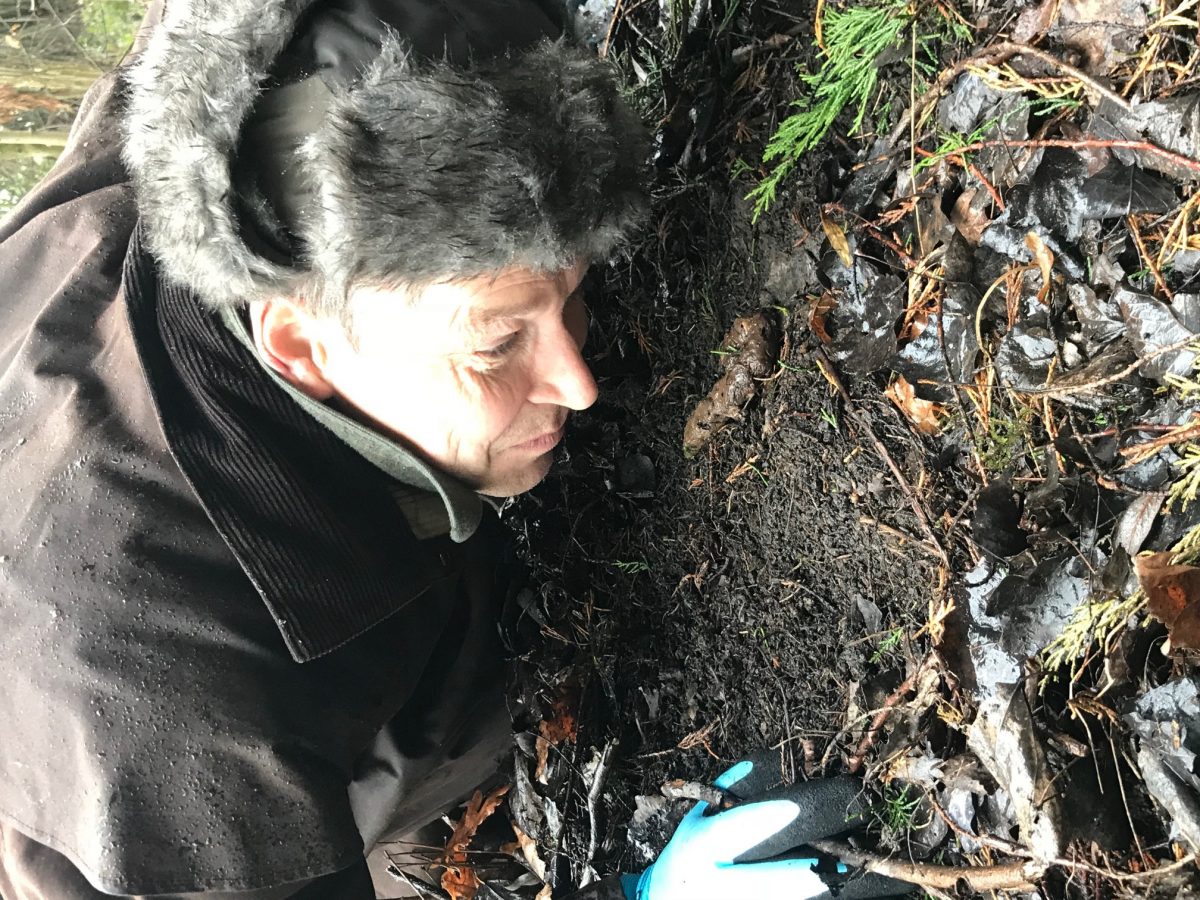 Kahn disappeared from Stuart’s home in Rochford, at about 11pm on October 15 when a storm blew down a bit of fencing.

He could have travelled hundreds of miles by now but Stuart still believes the dog, which is over five foot eight inches when on his hind legs, is in the local area.

Kahn is eight stone and just under three feet when standing on all fours, he is likely to be eating food left out for cats and dogs if he is scavenging in residential areas.

Stuart has enlisted a volunteer canine tracker to try and locate Kahn and analyse animal prints to see if they could belong to the missing pet.

Stuart said: “I’m 100 per cent sure he is out and about as I have certainly seen his footprints in the mud around some of the earlier sightings.

“They’re like finger-prints, but not quite as accurate, so when someone finds a paw-print, I compared it to a print of Kahn’s.

“I just don’t believe that anyone wouldn’t do all of these things for their dog, to be honest.”

The devastated owner has even started smelling animal excrement he finds in the local area in case it could be Khan’s.

“The reason I’ve smelt animal poo is because badger poo looks similar to dog poo- and fox poo is generally smaller, but the main big difference is the smell,” said Stuart.

“They smell totally different, you can distinctly tell them apart.

“I have chased plenty of sightings and even found other lost dogs that are German Shepherd types but Kahn is larger than that, his tail by breed is fluffy but usually down not up and he is dark brown and we believe now muddy and less recognisable.

“But I will follow up any lead until I know it is not Kahn. We just need that one call or photograph that will be the one that gets him home.

“We’ve also had the RNLI search the river bank- customs and the port authority have been advised too and obviously the railways too.” 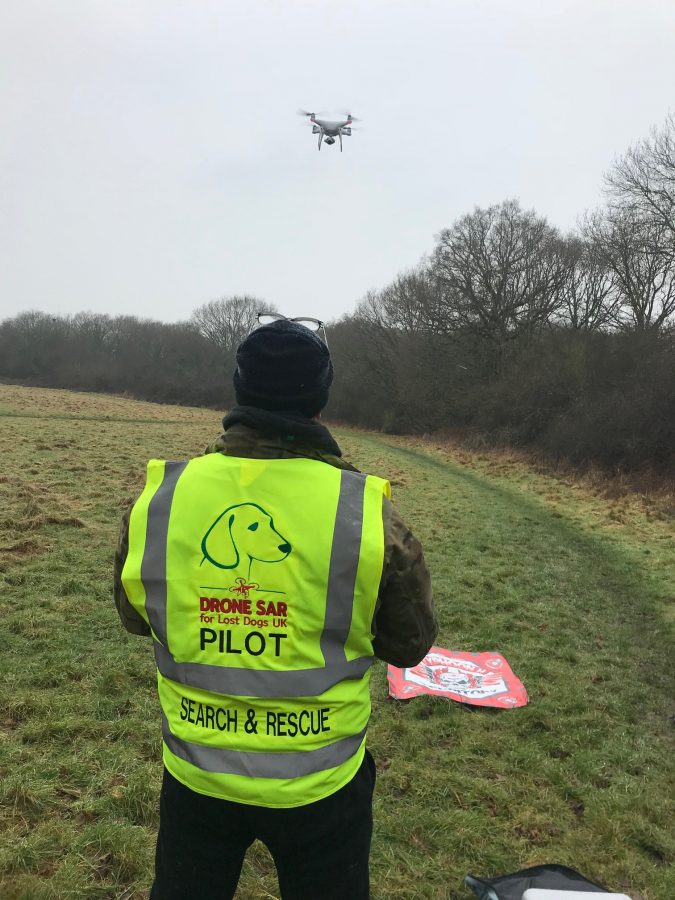 Stuart has set up a Facebook page, Help Find Kahn Lost In Hockley – Essex Any Sightings” which now has over 5,000 members.

Celebrities including Peter Wickes from TOWIE and Love Island’s Olivia Buckland are also helping to put up posters to help find the missing pooch.

Businesses have been supporting the search with by offering things like free tea or coffee plus food discounts to customers with a Kahn poster in their car.

Stuart, a former professional yacht skipper, starts every day with a renewed lease of motivation to find his beloved pet.

He added: “It is tough. Both myself and Sharron have had some real down times and plenty of tears because we miss him so much.

“He is our baby, he does everything with us. He travels with us, he sits on us for a cuddle which was quite something given his size and we have just got to get him home.

“I’m out every night looking for him, but friends and volunteers will be out again this weekend too.

“It’s agonising being so near and yet so far but I really appreciate the help of so many people including complete strangers who are giving up their time and have stuck with us on this journey to find him.

“What I could do with is Bear Grylls or Ray Mears getting on board to come and teach us how to survive and search properly.

“When Kahn is found we will have a big party for him.”