This is the heartbreaking moment a little girl with a rare syndrome - often called childhood Alzheimer's - told her mom and dad she loved them for the last time.

by Jess Young
in Heart Wrenching, Must Reads 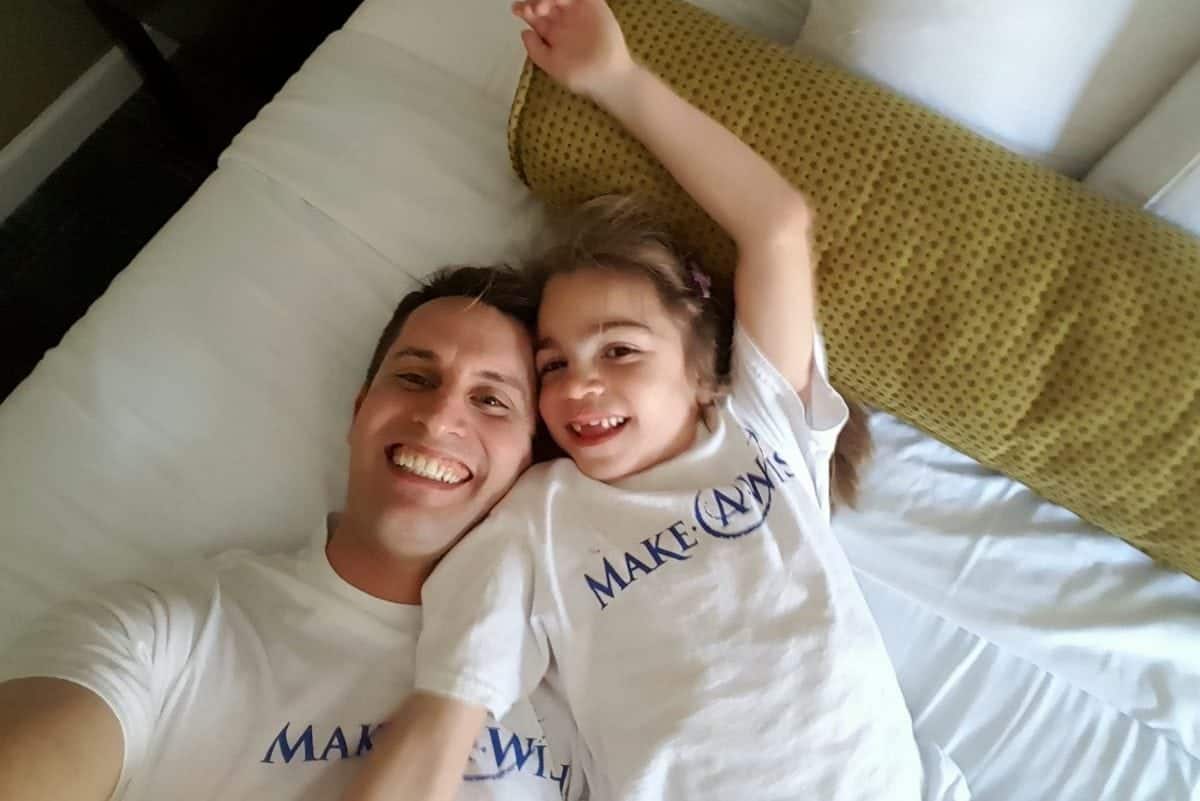 This is the heartbreaking moment a little girl with rare ‘childhood Alzheimer’s’ told her mom and dad she loved them for the last time.

The syndrome – often dubbed childhood Alzheimer’s – is caused by an enzyme deficiency, which means that Keira’s body can’t break down waste products in her brain and other parts of her body.

Sadly, 70 per cent of children with Sanfilippo die before their fifteenth birthday, a reality Keira’s parents, David Esposito, 42, and his wife Elise, 43, face every day.

Once able to communicate with her parents, Keira’s vocabulary has deteriorated in the years since her diagnosis meaning that she can no longer speak and has a cognitive level of a six to twelve-month-old.

Tragic footage filmed by David in April 2016 captured the last moment Keira told her parents and baby sister Keaton she loved them but the dad says it is difficult to watch now that Keira can no longer speak.

Technology consultant David said: “Children who have this syndrome, they typically die between ten and 15.

“Keira is eight right now and we are painfully aware of our time together.

“When Keira was diagnosed she had about four or five words but now they’ve all been lost.

“She can’t speak at all, and although you can see she’s trying so hard, she just can’t get it out.

“As a parent there comes a point where you realize she hasn’t said Mommy or Daddy in a month and you remember she probably never will say them again.

“We feel very lucky that we captured the last time Keira said “I love you” on camera.

“We are very glad that we have these things on film, but it is very hard to watch. We do not do it too often.”

In January, David and psychologist Elise, who also have a two-year-old daughter named Keaton, celebrated Keira’s eighth birthday at a trampoline park, which the dad said was bittersweet.

“Keira loves playgrounds and is really active so she loved it. She loves the Happy Birthday song, so it was a great day for her.

“For us, every birthday she has had since the diagnosis is bittersweet. For us, as her parents, it’s just another year closer to losing her.”

In March 2017, the family moved from their home in Charleston, West Virginia, to Charlotte, North Carolina, where they now live, to seek better medical care for their daughter.

The couple now work closely with the Cure Sanfilippo Foundation to help raise research funds and awareness by sharing Keira’s experience with the terminal illness that has changed every aspect of their lives.

Although Sanfilippo is incurable, the organization raises funds for research and clinical trials – some of which are currently in place.

“Keira’s diagnosis changed every part of our lives. We are very private people but Keira has made us public because we feel compelled to share her story to raise awareness.

“When she was diagnosed, all of our planning for the future stopped. As a family we very much live in the now.

“But you have to stay positive because there’s no other option.

“You have to fight back because the other option is to give up on Keira.

“There’s a certain wisdom that comes with having a child like Keira and going through this as a family. You realize just how fragile life is.

“People always say to us, ‘I don’t know how you do it’, but anyone could do it because when you’re in that position you just have to.”

For more information on Sanfilippo and to donate please visit: curesff.org or curingk.com