A crazed dad mowed down a teacher and nearly hit two children – as he was picking up his own child on the SCHOOL RUN. Rainier Schoeman, 22, sent the terrified teacher flying over the bonnet of his Volkswagen and almost knocked two kids off their bikes. He was picking up his child from The […] 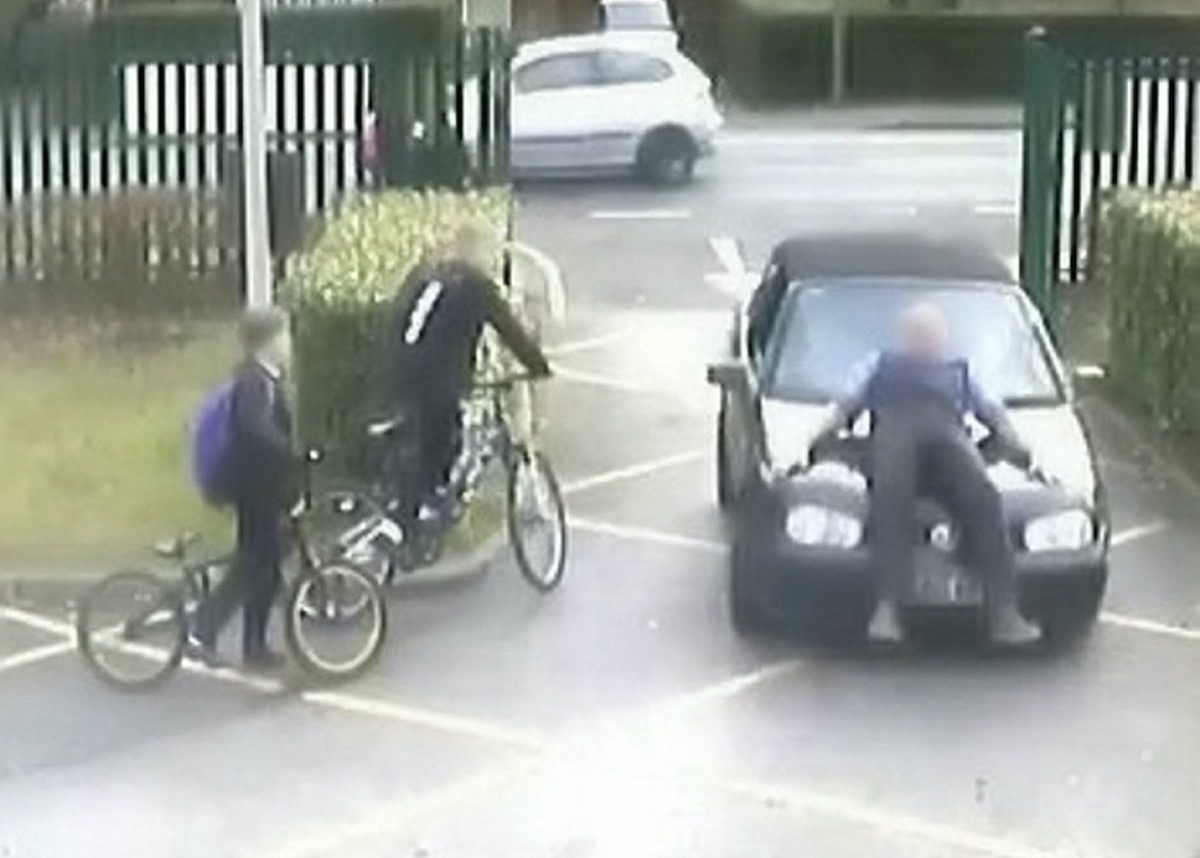 A crazed dad mowed down a teacher and nearly hit two children – as he was picking up his own child on the SCHOOL RUN.

Rainier Schoeman, 22, sent the terrified teacher flying over the bonnet of his Volkswagen and almost knocked two kids off their bikes.

He was picking up his child from The Winston Churchill School, in Woking, Surrey, when he stopped to speak to a teacher who was stood at the car park entrance.

The teacher then turned his back to Schoeman – who accelerated towards him, throwing him over the bonnet.

The teacher hurled from the bonnet as the Schoeman paraded through the car park, narrowly avoiding two children on bikes.

Headteacher Zoe Johnson-Walker said: “This was a shocking, extraordinary incident, which has had an impact on the teacher and the rest of my staff.

“It is regrettable that an individual has chosen to behave with such a blatant disregard for someone simply doing their job in trying to keep our students safe.

“The governors and I believe that this is a just outcome and sends a clear message about behaviour towards public servants.”

Schoeman pleaded guilty to causing actual bodily harm, dangerous driving, driving without insurance and having no MOT after the incident shortly after 3pm on February 20.

He was sentenced at Guildford Crown Court on Friday to ten months in prison.

Investigating officer PC Andrew Searle, from the Surrey Roads Policing Unit, added: “Rainer Schoeman’s actions on that day were absolutely disgraceful and could have had far worse consequences for the teacher, and other children who he narrowly missed.

“It is clearly no way to behave in front of children at a school firstly with their safety in mind, but also it sets an incredibly poor example.

“We all know that school car parking situations are a frustration for many parents around the country, however if you cross the line there is every chance you can go to prison as Rainer Schoeman has done.”