Fred and Lesley Higgins' winning £58million lotto jackpot ticket was almost binned at their local shop when staff mistook it for a losing ticket. 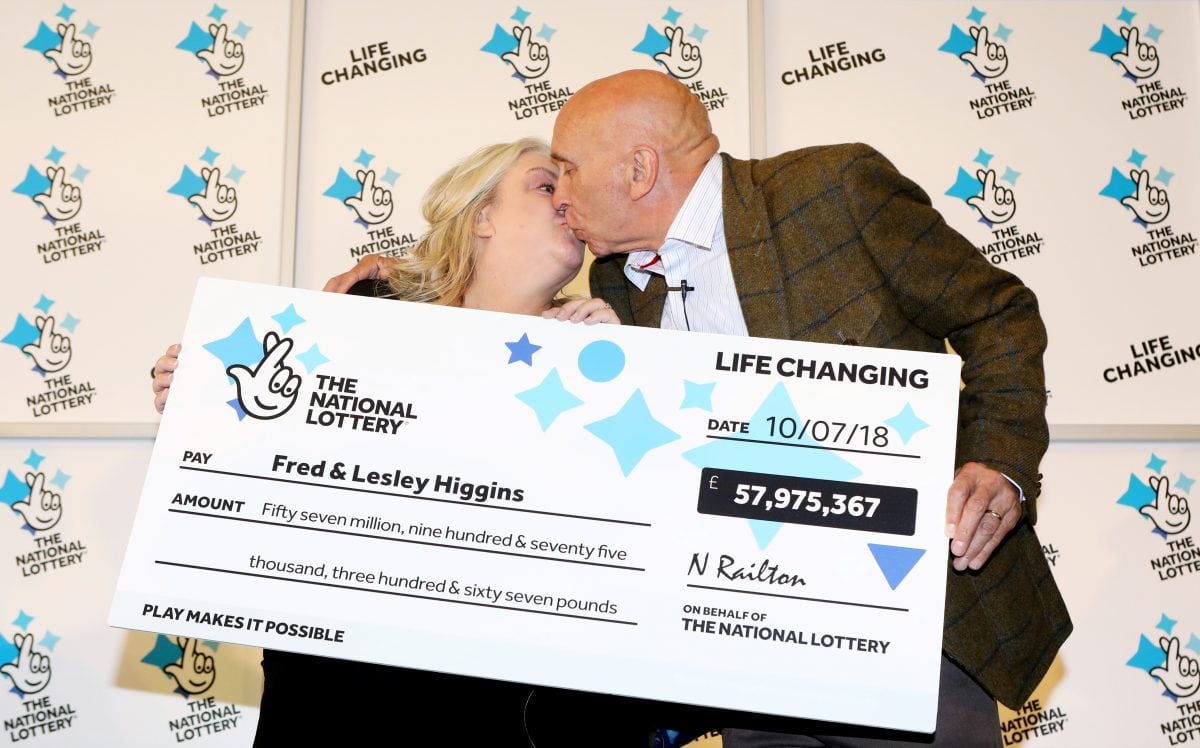 A lucky couple’s multi-million-pound winning lotto ticket was accidentally ripped apart by a shop worker before realising they had landed the jackpot.

Fred and Lesley Higgins’ winning £58million lotto jackpot ticket was almost binned at their local shop when staff mistook it for a losing ticket.

Fred, 67, from Laurencekirk, Aberdeenshire had always hoped that one day him and wife Lesley, 57, would have a big lottery win.

And today they are celebrating after scooping the jackpot — the second biggest ever Scottish win.

Retired Audi administrator Fred took last week’s Euromillions tickets into the local shop to be checked as he bought ones for the following week.

Used to carrying around a couple of tickets in his wallet at a time, he asked the retailer to run them through the machine in case of a winner.

Fred said: “I handed the ticket over and the young man put it through the machine, telling me it wasn’t a winner.

“He ripped the ticket in two and threw it into the bin, as they would with all non-winning tickets.

“But this time, the terminal produced a chitty which said I needed to retain my ticket and call Camelot. 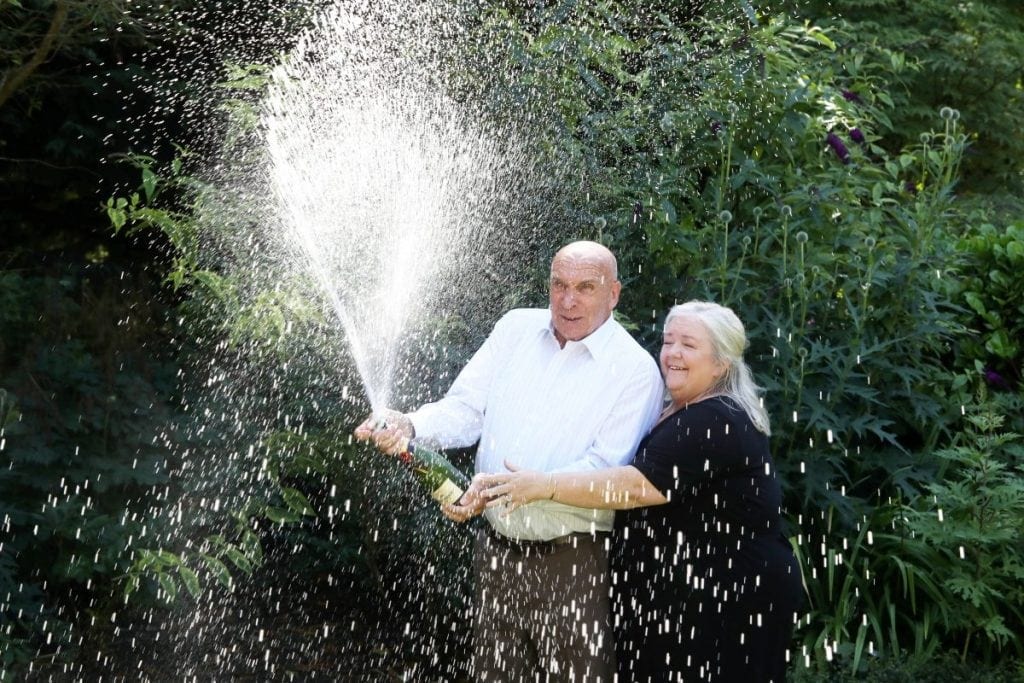 “The retailer immediately grabbed it out of the bin and handed it to me, not realising it was a winner before he discarded it.

“The ticket had been torn in two but all the numbers were still clear so I took it back home to make the call.

“Lesley was snoozing so I thought I would look at the website to double-check the numbers and sure enough, the first matched, then the second matched, match, match – we had them all.

“When Lesley woke, I explained we had a winning ticket and what had happened.

“I showed her the numbers, asked her to check and she misread them, thinking we were £5.7M richer rather than an amazing £57M.

“I felt really calm at that point – I think it was just sinking in – so I then called Camelot and explained what had happened. 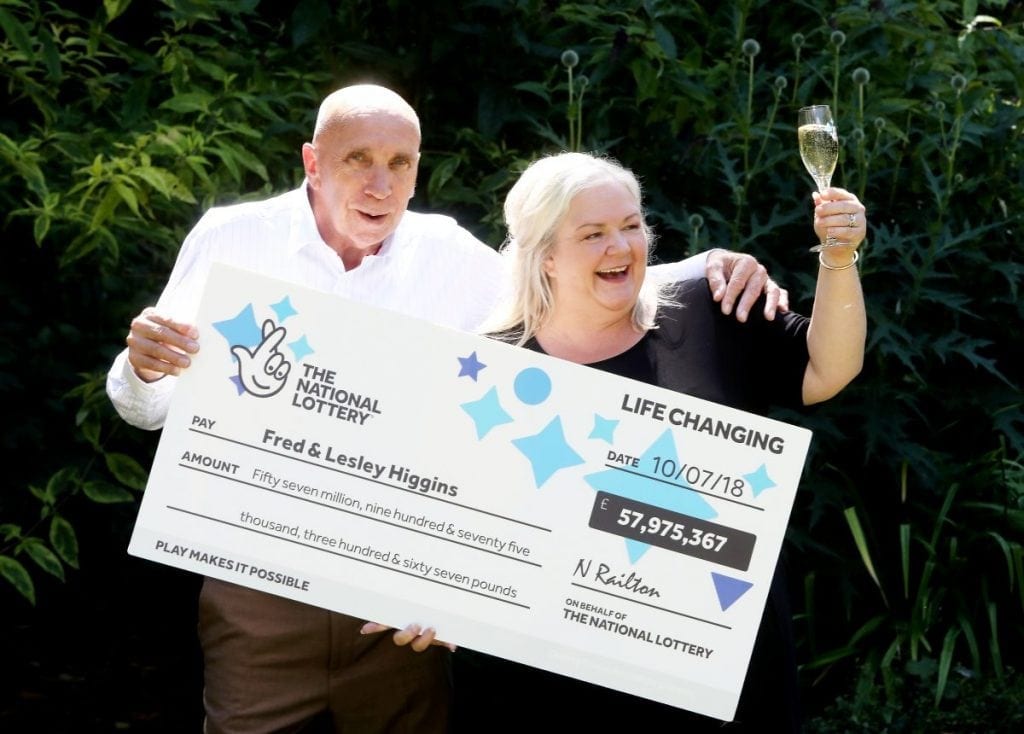 The rip in the ticket made processing the couples win tricky with security teams sent out to the shop where Fred bought it to check the CCTV footage.

Fred said: “I wasn’t ever concerned that we wouldn’t get the money as I knew it was a honest mistake – it just had to be looked at to make sure everything was correct.”

And after Lesley handed in her notice at her work as Account Manager at the Montrose Port Authority on Tuesday, the couple raced out to buy a brand new Audi.

As well as another car, possibly a BMW or a Jaguar, they are looking at how they can use the money for years to come.

Fred, who has been married to wife Lesley for 35 years said: “We had a really comfortable life before the win but we did have dreams of living abroad.

“We love Gozo, which is where my niece lives, so we always thought we would get somewhere out there.

“But I have to say since we won, I’ve got my eye on somewhere in France and Lesley seems to be looking at property in Barbados.

“I think it might be fun to explore a few places before we commit to buying anything.” 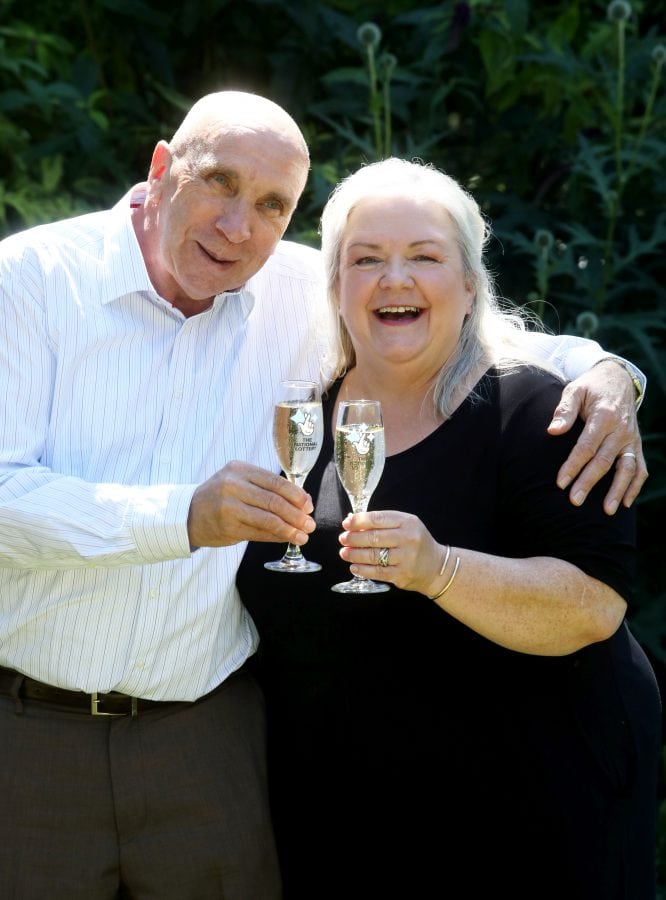 The lucky winner is thinking about taking up golf and is keen to look after those close to them, including their daughter, and will definitely support some charities

Dad Fred collects Malt Whisky – he has around 40 unopened bottles – so there may be a few more to add to the collection.

He added: “It is our wedding anniversary on August 20 and my birthday a couple of days later, so I think a celebration is in order before we decide what comes next.”

The couple bought and checked their winning ticket at Scotmid, High Street, Laurencekirk and the winning EuroMillions numbers from the draw on July 10 were 3, 8, 26, 33, 45 and the two Lucky Stars were 7 and 10.

When validating any major prize, Camelot has to ensure that the winner is the rightful ticket-holder.

As the ticket was ripped in two, a range of security checks had to take place.

A Camelot spokeswoman said: “We are so glad to be able to pay Fred and Lesley this amazing sum.

“It is essential that we ensure we are paying the rightful ticket-holder, and in situations like this, it can take a little time for these investigations to be completed.”