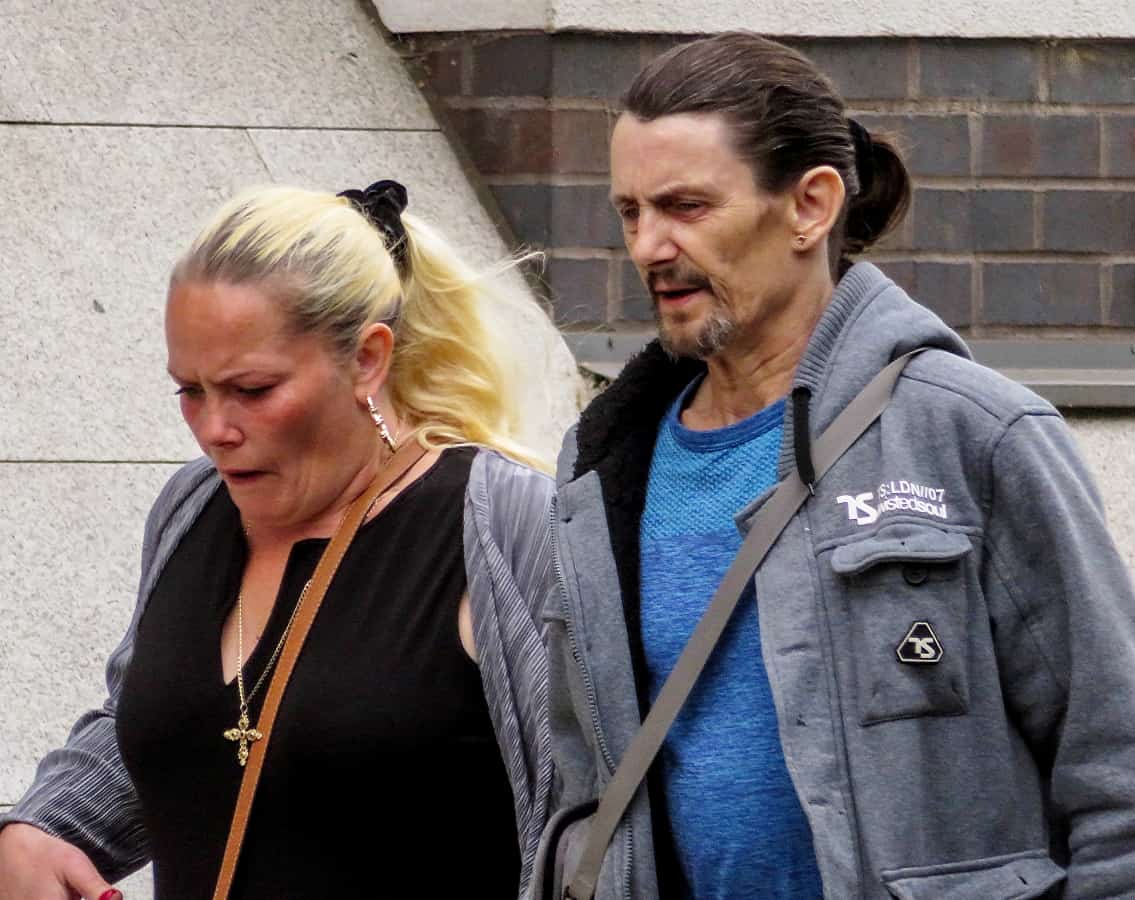 A lowlife couple who tried to rob a student at knifepoint walked free from court after a judge heard they would be left homeless if they were jailed.

Darren Webb, 49, and his partner Jennifer Morgan, 44, threatened the victim with a Stanley knife after ambushing him in the street.

They frog-marched the terrified student to a cash machine but he was saved when he managed to hail down a passing police car.

Webb and Morgan, of Tile Hill, Coventry, were found guilty of attempted robbery following a trial at Warwick Crown Court.

Recorder Nicholas Syfret QC handed them two year suspended sentences after hearing that a jail term would result in them losing their home.

He said: “I regard this as a joint enterprise.

“They were acting together, and a young man was the victim of perfectly calculated criminal behaviour.”

The court heard the pair ambushed the student who was walking back home through Raglan Street, Coventry, in January.

He was approached by Morgan, who was working as a prostitute, and she put her hand into his pocket and took his wallet, which he demanded back.

Prosecutor Tariq Shakoor said Morgan then produced a Stanley knife and demanded he hand over £100.

The couple ordered the student to go with them to a nearby cashpoint, but as they led him there he spotted a passing police car and ran across to it and they were arrested.

They claimed it was the student who had approached Morgan and had “come on” to her and sexually assaulted her by putting his hand up her skirt.

But the jury took just over two hours to find Morgan and Webb both guilty by unanimous verdicts.

Rebecca Wade, defending Webb, said: “The feature present in both their cases is that they would lose their accommodation if they went to custody, and in their lives, that would be catastrophic.

“The setback of a custodial sentence is that they would come out homeless – and that would not be commensurate with Your Honour’s public duty, because if they were on the street they would feel they had no option other than to re-offend.”