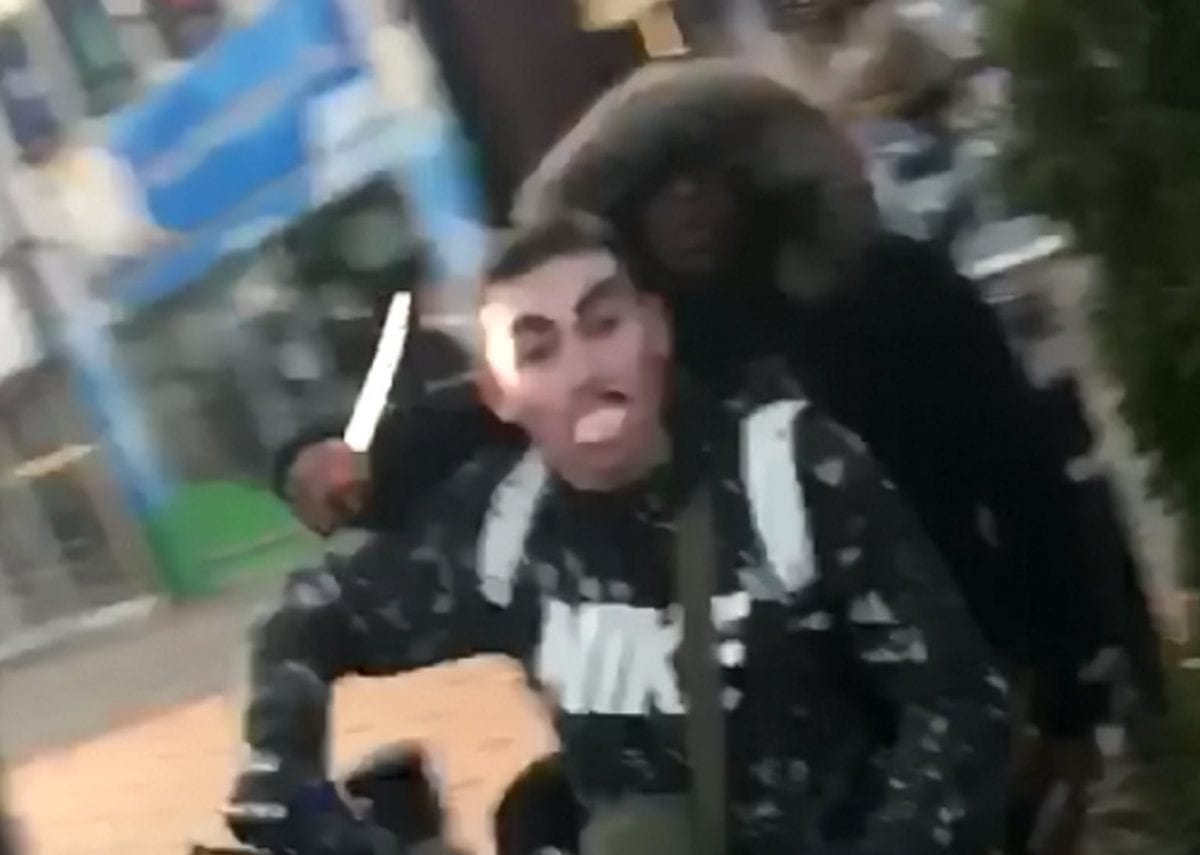 Police are hunting two moped thugs caught on camera chasing a teenager through a busy town centre while wielding a knife.

The 17-year-old boy was pursued in broad daylight before a man on the back of the bike tried to stab him.

Incredibly, the boy was unhurt in the terrifying attack which happened as the boy walked through Arnold, Nottinghamshire, at 3.30pm on Wednesday 14th November.

Nottinghamshire Police have released pictures of the thugs who disguised themselves with Halloween masks.

Detective Inspector Kim Binns said: “Clearly this behaviour is appalling and I am asking for people’s assistance in identifying those involved.

“The men in the image were wearing Halloween-style face masks so I would ask people to look instead at their distinctive clothing and see if they recognise who they are.

“The man riding the moped is white and was wearing a grey, black and white combat-style Nike matching sports top and trousers and a rucksack with white straps.

“The pillion rider was a black man wearing a black Parka-style coat with a fur-lined hood. They were riding a red moped.

“If you think you recognise them, the bike involved or know the location of the bike, please get in touch.

“We are really keen to get their names as soon as possible so we get them in custody because we cannot accept people riding round a main high street in broad daylight brandishing a knife.

“We are making a number of enquiries, including CCTV, and officers are speaking to people as they carry out increased patrols in the area.”