The aim of the conservation project is to re-establish a breeding population of White-tailed Eagles on the Isle of Wight. 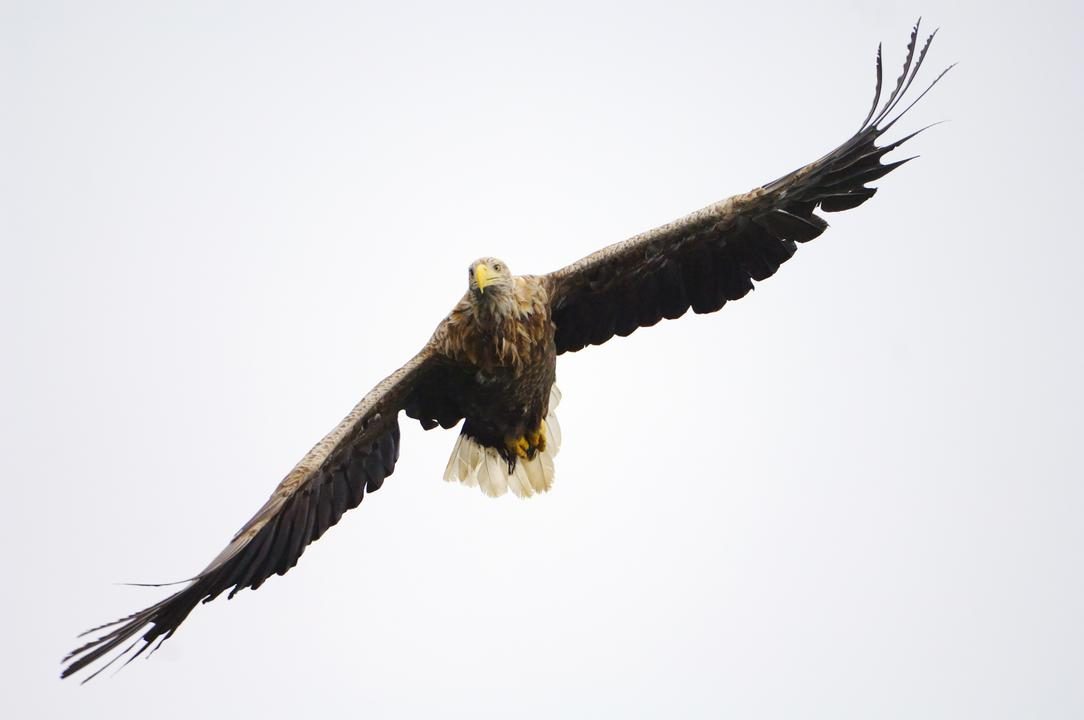 Conservationists in England are set to introduce Scottish sea eagles to help revive an eagle breed – which has been extinct for two centuries.

The aim of the conservation project is to re-establish a breeding population of White-tailed Eagles on the Isle of Wight.

Over the next five years Scottish Natural Heritage (SNH) will support Forestry Commission England and the Roy Dennis Wildlife Foundation to help breed the birds.

A licence will be issued by SNH to collect up to 60 young sea eagles from nests containing two or more young as donor stock.

The white-tailed eagle is the largest bird of prey in the UK and the fourth largest eagle in the world.

Its wingspan can be almost 2.5 meters in length, standing at a height of almost a meter.

The project comes off the back of the successful reintroduction of White-tailed Eagles to Scotland, using birds from Norway, in 1975 and 1985 – with further releases this century.

Breeding in Scotland has now been so successful that there are an estimated 130 pairs of White-tailed Eagles spread across the west Highland coast and islands.

It is hoped in time that a newly established breeding population in England will link with emerging Dutch and French populations.

By connecting these, and the Scottish and Irish populations, the species is expected to extend its range in Western Europe, and strengthen its long-term survival.

“They are an awe inspiring sight for locals and visitors to Scotland alike, and just one way SNH is working to ensure our nature-rich future.

“The work we are supporting on the Isle of Wight is an exciting opportunity to further build a healthy population network of White-tailed Eagles across Europe, strengthening their future, and making an important contribution to international biodiversity.”

Duncan Orr-Ewing, Head of Species and Land Management for RSPB Scotland, said:“Sea eagles used to be widespread across the UK before they finally became extinct due to human persecution in the early 1900s.

“The Isle of Wight reintroduction project will hopefully start the process of population re-establishment of this species in England, linking up with wider conservation efforts for this magnificent bird across mainland Europe.”