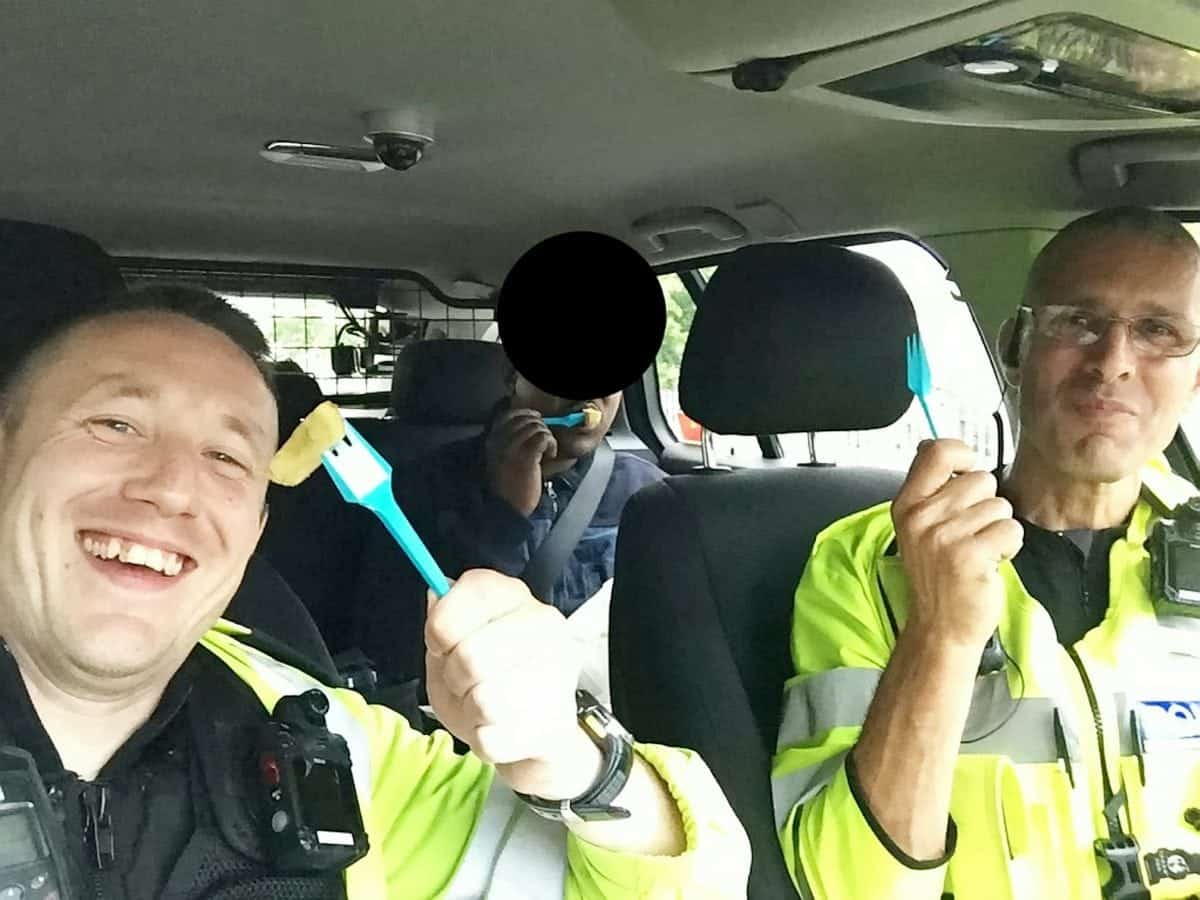 Two kind-hearted police officers have been hailed as heroes on social media after they tweeted a selfie giving a bag of chips to a suspected illegal immigrant. The photo went viral.

The officers bought the tasty snack for the 35-year-old man after he was picked up walking on the hard shoulder of the M1 in Leicestershire on Tuesday afternoon.

The man was arrested under the Immigration Act but the cops dropped by a chippy after he explained how he had not eaten for several days.

One of the officers tweeted selfie pictures showing them in the front of their patrol car with the suspect sitting in the back seat tucking into a bag of chips. 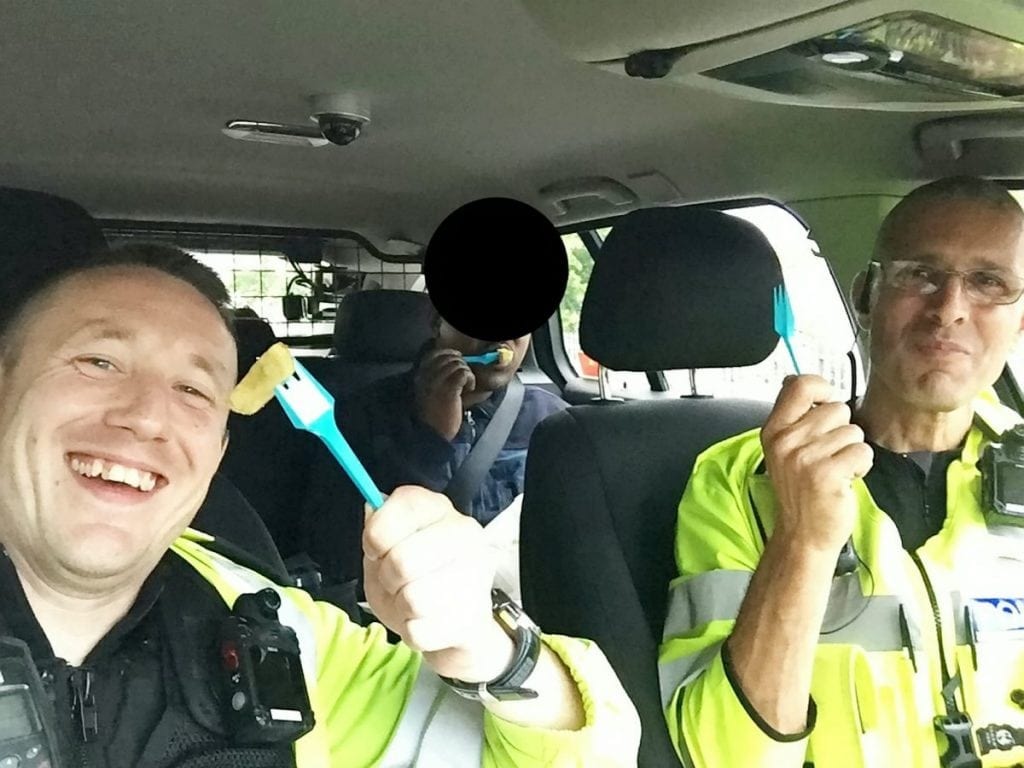 Writing on the @LeicsPoliceRPU page, the cops said: “Male found on motorway suspected to be an illegal immigrant into the UK.

Since the picture was uploaded on Tuesday (19/6) evening the post has been shared and viewed more than 3,000 times.

Some internet users even retweeted the post to US President Donald Trump, currently under fire for forcibly removing children from illegal immigrants on the Mexican border.

Shocking images also emerged of crying children kept in metal cages in detention centres after officials told them they were going for baths.

One twitter user wrote: “Hey Mr President, here’s a simple, human approach to immigration involving fast food so it ticks one of your boxes at least! #chipsnotcages.”

Another posted: “This is exactly what needs to be shown.

“Here illegally or not, we’re all human beings, and should be treated as such. This is a lovely picture, well done guys!”

Another said: “Great stuff! The human side of policing is being shown here.”
“It makes me proud to be British. #buildtheharryramsden.”

Facebook user Jonno T wrote: “Never felt so proud of British cops. What a gesture of human kindness. The US could learn a lot from this little country.”