An extraordinary search and rescue dog from Cheshire was honoured today (Thursday 16 March 2017) by leading vet charity PDSA for his devotion to duty in some of the world’s most challenging regions. At a special ceremony at Manchester Town Hall, Border Collie Bryn became the latest recipient of the prestigious PDSA Order of Merit* […] 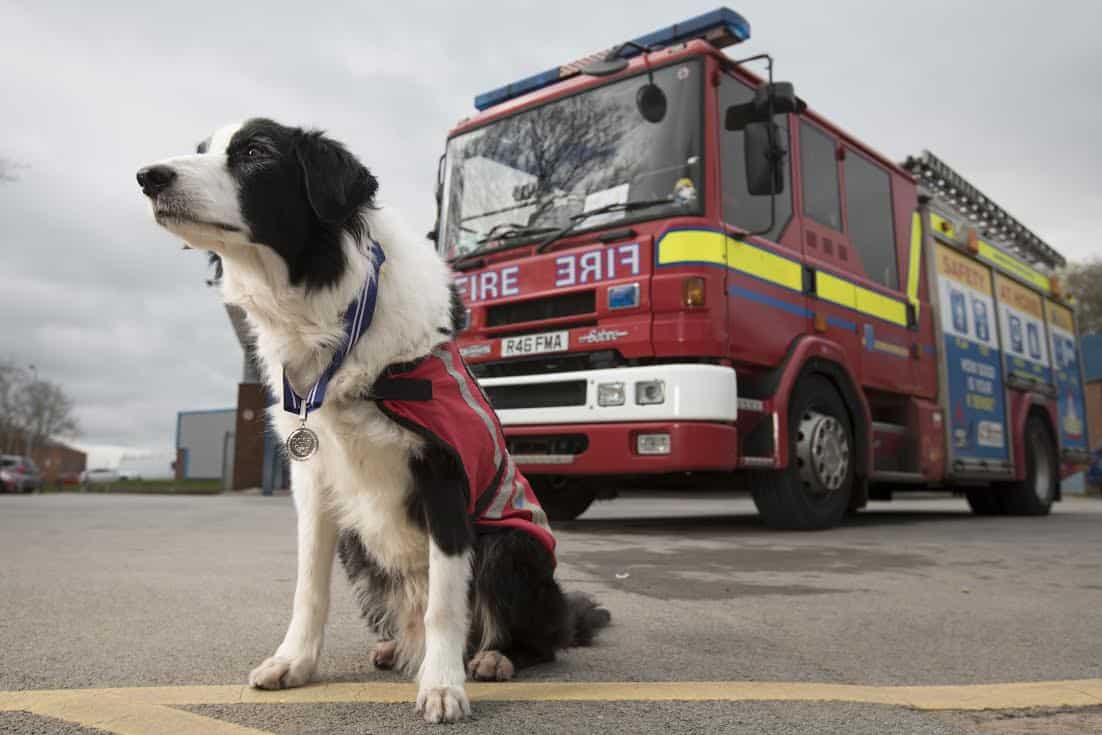 An extraordinary search and rescue dog from Cheshire was honoured today (Thursday 16 March 2017) by leading vet charity PDSA for his devotion to duty in some of the world’s most challenging regions.

At a special ceremony at Manchester Town Hall, Border Collie Bryn became the latest recipient of the prestigious PDSA Order of Merit* – the animals’ OBE. Bryn’s award is in recognition of his exemplary service as a search and rescue dog, working with Cheshire Fire and Rescue Service and UK’s International Search and Rescue Team.

Commenting on the award, PDSA Director General Jan McLoughlin said: “Bryn has displayed extraordinary devotion throughout his career and made a monumental difference to search and rescue operations across the world. His story demonstrates the huge contribution that animals make to our lives.” 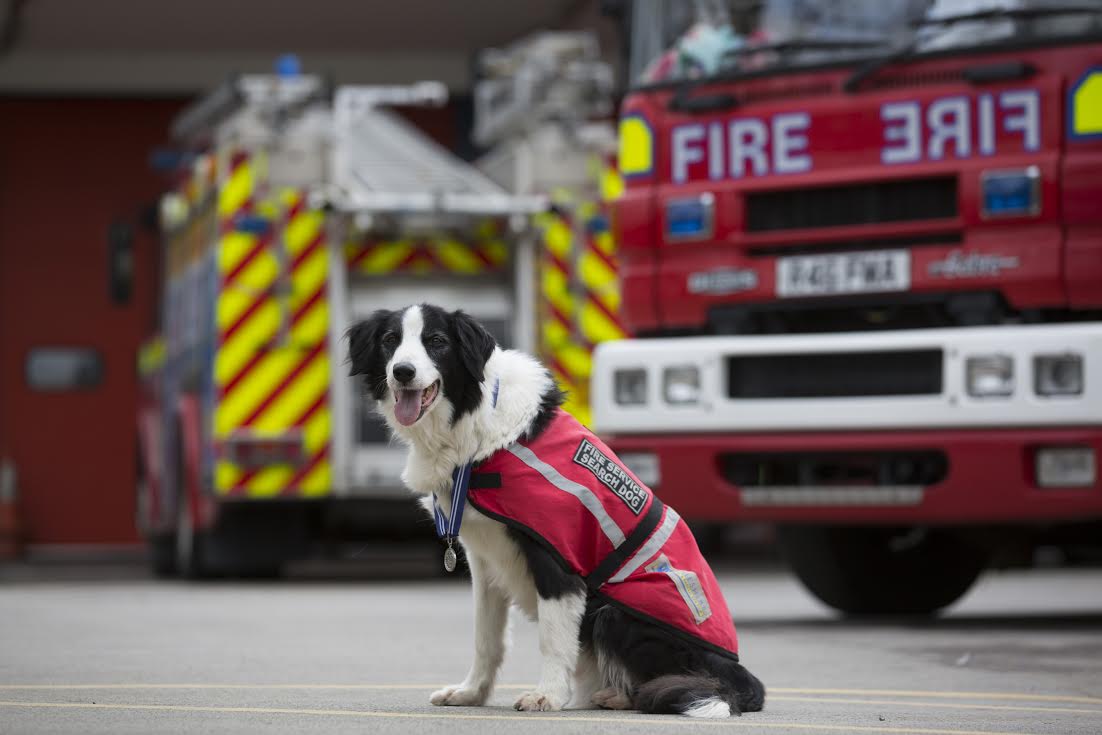 Border Collie Bryn has worked as a search and rescue dog alongside his handler Steve Buckley since he was a puppy.

Steve requested a rescue dog for Cheshire Fire and Rescue Service, where he worked as a firefighter, after witnessing the incredible work of search dogs while on a rescue mission in India following the 2001 earthquake. Bryn was handpicked from a litter of puppies due to his nature and intelligence.

Steve and Bryn started training and in 2005, at the age of four, Bryn became fully qualified and UKISAR graded.

In 2009, they became one of only four UK dog teams to attain the International Rescue Dog Organisation’s ‘mission readiness test’. The test consisted of seven searches over 36 hours, a 10km march, dog first aid and working at height.

Alongside his work with Cheshire Fire and Rescue Service Bryn has been deployed to building collapses, missing persons’ searches and gas explosions throughout the UK.

His international work involved working in Japan (2011) after the earthquake and tsunami, and in Nepal (2015) following the devastating earthquake which killed and injured thousands.

Bryn’s ability to search large areas for casualties, with greater speed and efficiency than his human counterparts, was invaluable. It minimised the need for risky interventions when faced with precarious and volatile rescue situations.

As well as helping find casualties within disaster areas, Bryn’s skills have also helped reunite families with lost loved ones, allowing them to be laid to rest.

Later in their career Steve and Bryn also worked for Avon Urban Search and Rescue team. Bryn retired in May 2016 after an outstanding 11-year career. 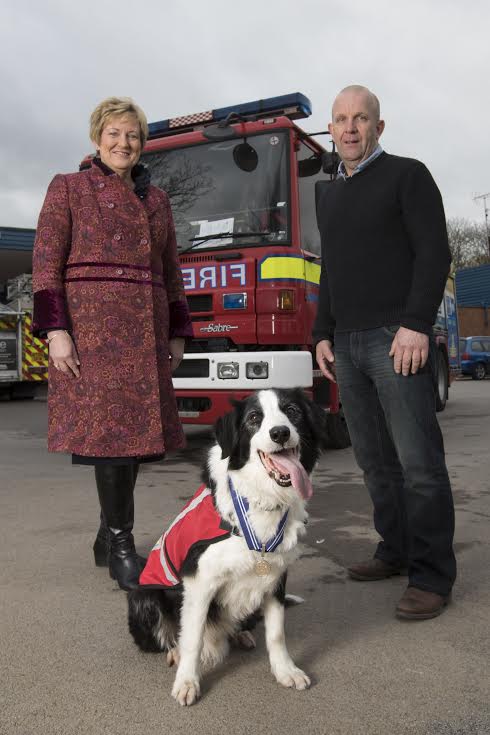 Commenting on the award, Steve Buckley said: “Bryn has been a dedicated and exemplary search dog throughout his career. He never wavered from his mission and those working with him had complete faith in his detection skills. His skills have been used to set training standards across the world.

“Dogs like Bryn only come along once in a lifetime and I’m incredibly lucky to have worked beside him for the past 11 years. Receiving the PDSA Order of Merit is a fitting end to his distinguished career. I am so proud of him.”

Click here for the story of Goofy the dog who couldn’t find a home.