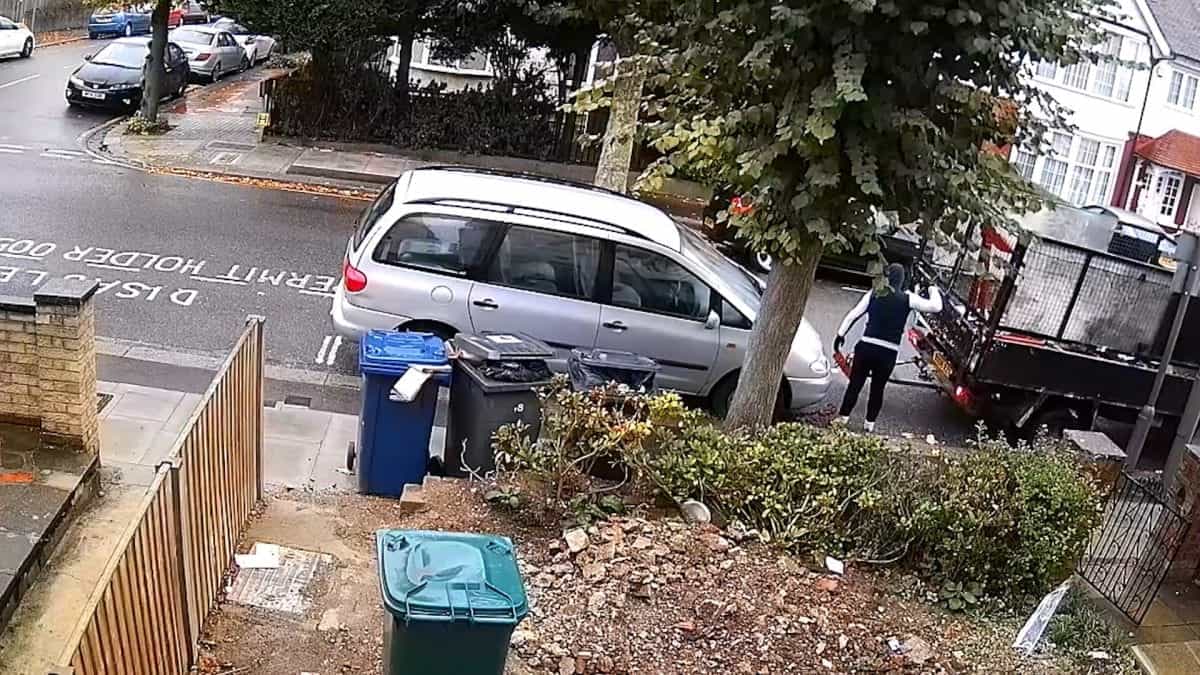 This is the moment a pair of brazen thieves were caught stealing a parked car – by TOWING it away in broad daylight.

Seconds later a truck with a trailer comes into view before coming to a halt in front of the car’s bonnet.

A man in a hooded grey jumper peers underneath the family car before returning to the truck. 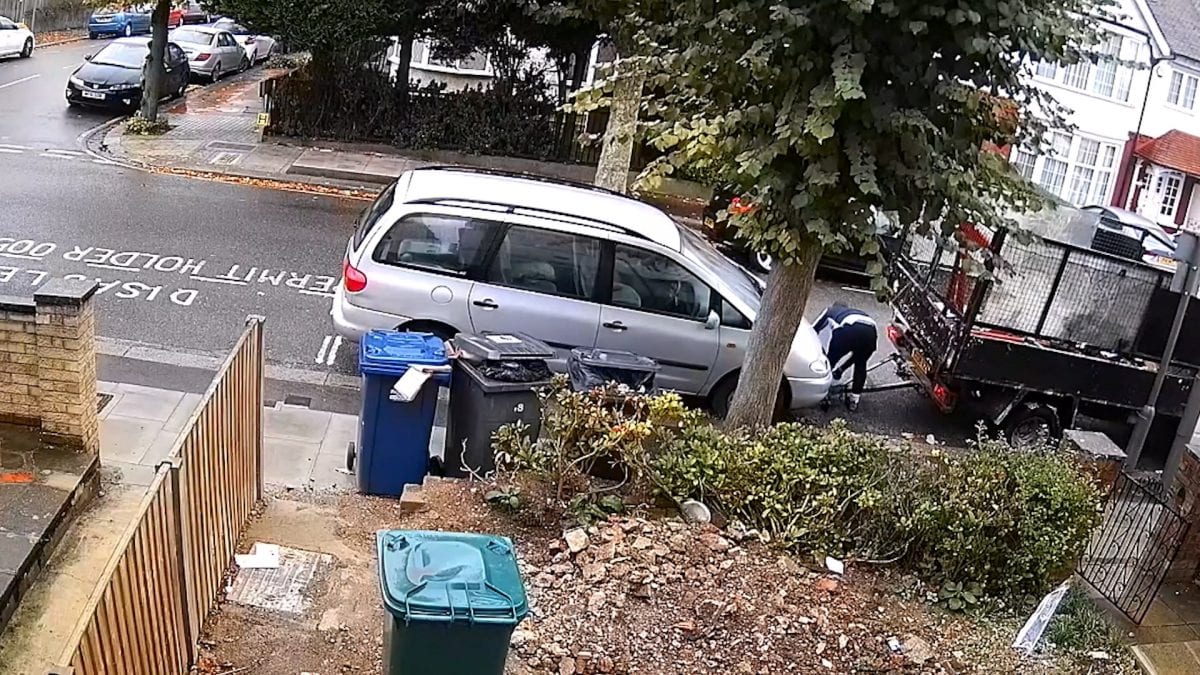 His accomplice wearing a hi-vis jacket also lingers around the vehicle before jumping back into the driver’s seat.

The hooded man returns clasping a large hook and rope which he quickly attaches to the front of the silver car.

The thief then attaches the two vehicles together using a metal contraption before getting back into the truck.

A resident of the street, who wished to remain anonymous, said: “It’s just shocking.

“It’s a residential street and the sheer speed they did it in made it even more shocking.

“Now I’m always going to make sure I park in a spot so a lorry isn’t able to reverse into it.”

According to the footage the vehicle was stolen on October 17 at 9:30am.

A spokesman for Metropolitan police said: “The theft of a car was reported on The Drive, Golders Green between October 8 and 22.

“Our investigations are ongoing.”