Multimillionaire heiress Stephanie Scolaro, 26, was given 160 hour community order after she admitted she ordered snake-skin baseball caps and travel bags worth over £17,000 from Indonesia. 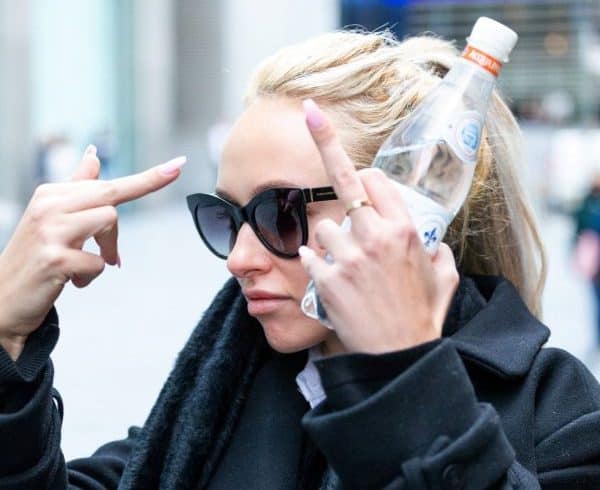 An “utterly self-centred” Rich Kid of Instagram has been spared jail after she imported and sold fashion accessories made of endangered python skin.

Multimillionaire heiress Stephanie Scolaro, 26, was given a 160 hour community order to be carried out over the next two years after she admitted she ordered snake-skin baseball caps and travel bags worth over £17,000 from Indonesia.

The “influential” Instagram star who then sold the illegal goods on a website called SS Python or to other fashion outlets was previously warned she faced up to seven years in jail.

Judge Michael Gledhill QC who had told 26-year-old influencer he took a “very dim view” of the wildlife crimes and said it was like trading in ivory from elephants and rhinos, today branded her “completely adrift”.

He said: “This is a young woman who, for all sorts of different reasons, is utterly self-centred – her entire life concentrated around herself.

“One of the reasons is all her life she has in effect been given exactly what she wanted.

“She thinks ‘I like Python skins, I can get them and sell them, and therefore I do it’. “She focuses the spotlight on herself, it’s all about me.

“There is no thought about pythons in Indonesia, how they are skinned alive and how they are endangered doesn’t cross her mind.”

Scolaro, of central London, claims she is a socialite who leads a life of luxury and glamour as one of the ‘rich kids of Instagram’, shares pictures of high-end designer clothes and supercars with her 80,000 followers.

Her sister Lana starred in the Channel 4 reality TV show Rich Kids Of Instagram after parading their jet-set lifestyles on social media.

Their father Francesco Scolaro made millions from mining and investing in the leisure industry.

He told the hearing in December: “There’s an international convention which prohibits the export, import and sale of these items and leads to UK offences.

“Miss Scolaro has a very active engagement with social media and in particular with an Instagram channel which she operates and manages.

“She’s been described in some quarters as influential in terms of fashion, in particular with young people.

“These articles are shown on her Instagram channel and were also offered for sale on a website she owned and operation called SS Python and though individual sale trader outlets with which she formed an arrangement to sell the goods.”

But she caught when German customs intercepted 10 caps and a large and small bag as they were air freighted from Indonesia to the UK.

Mr McKinley said: “These caps, one large and one small bag, were intercepted by the German customs police at Leipzig airport on November 15.

“The German authorities informed the British authorities of the consignment and allowed it to continue into the UK.

“The consignment was directly addressed to Miss Scolaro at an address associated with her parents’ address in Curzon street.

“It was with the forwarding company DHL at the same time as the police were making enquiries.”

Scolaro tried to find out where her goods were but was told by DHL to contact the sender. Mr McKinley said: “One count refers to a small fashion outlet in Bexleyheath.

“One of those caps was on sale there and the owner of that shop said he paid Miss Scolaro £185 for it but her suggested retail price was £350.”

As part of the police investigation, caps addressed to her were confiscated at Heathrow Airport while five were found in another shop on sale for hundreds of pounds.

Mr McKinley said Scolaro refused to cooperate in locating the goods and gave a no comment interview.

He said: “All of the investigation has been by the police from the website and the Instagram account and without any cooperation from the defendant for finding this items and where they have been on sale.

“There are some 35 of these baseball caps.

“If we take the retail value as was suggested by the defendant herself, it amounts to about £350, the value of these hats comes to £12,215.

“The large bags which were intercepted were advertised on the website for £2,800.

“We don’t have an estimated value for the small bags but the large bags and hats comes to £17,815.”

When the goods came for Indonesia they had documents purporting to be export permits with them.

But Mr McKinley said: “Both of these documents have been checked and both are forgeries.”

“The maximum penalties on the regulatory offences is five years on each of these offences.

“And the customs and excise management offence is a maximum of seven years.”

Judge Michael Gledhill said: “I still take a very dim view of this.

“We’re talking about the same category of offending that members of the public will be more readily aware of.

A hearing to recover her criminal profits will be heard at the court at a date to be fixed.