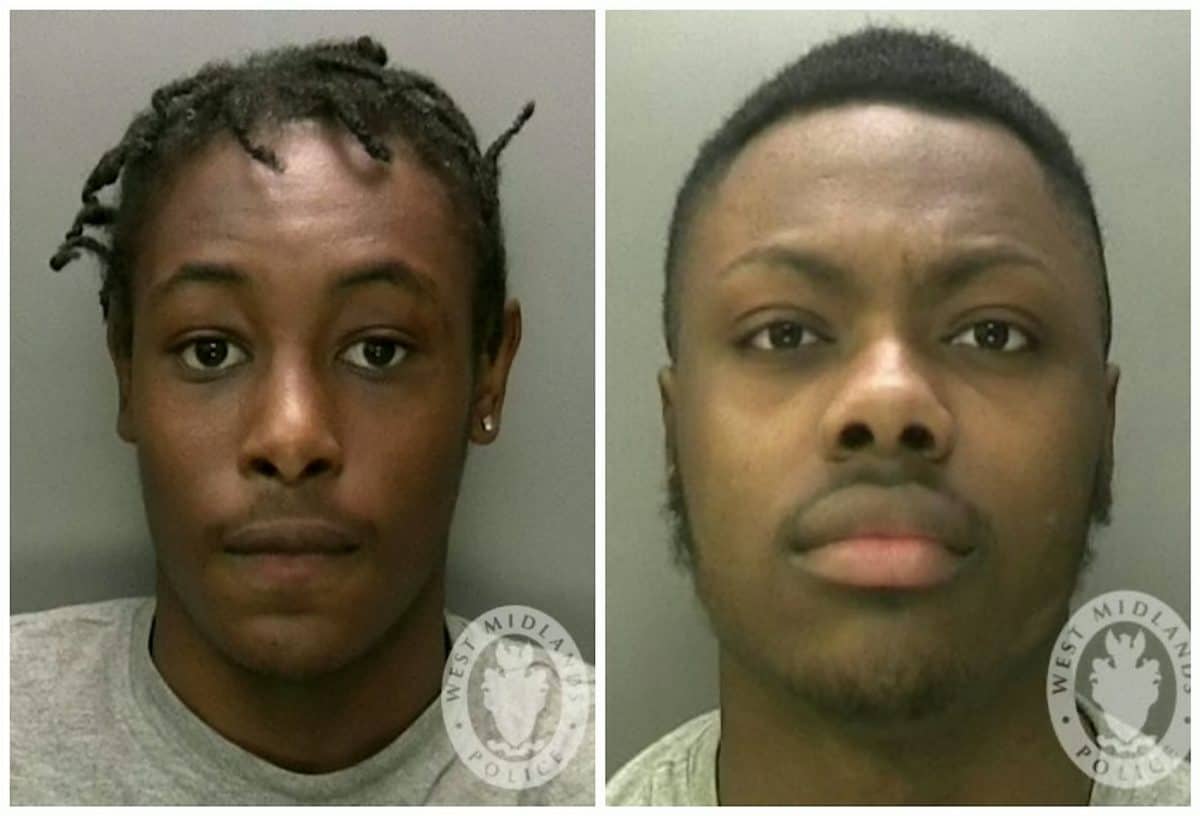 Two teenage thugs who carved up a schoolboy in a shocking street attack have been jailed after police found them carrying a blood-stained machete.

Sadiki Richardson and Delayni Woodcock, both 16, knifed the student eight times on the legs before leaving him bleeding on the ground

They were caught by police nearby and Richardson was found to be carrying a machete which was covered in the 16-year-old boy’s blood.

They pair, who have since turned 18, were jailed for a total of 19 years at Birmingham Crown Court this week.

Woodcock, of Druids Heath, Birmingham, denied the charge but was found guilty following a trial and was sentenced to ten years four months.

The court heard the pair attacked the boy on the morning of September 13, 2017, in Longbridge, Birmingham.

A hero police officer was carrying out enquiries at a job centre when he heard screaming coming from outside.

The officer, who wishes to remain anonymous, found a crowd gathered round the 16-year-old boy who had suffered deep slash wounds to his legs.

He called in an armed unit patrolling nearby to carry out emergency fast aid before tracking down CCTV.

The footage showed the boy being marched across a car-park to a grassed area.

The teenager staggered into nearby Tessall Lane where he collapsed after suffering significant blood loss from eight knife wounds.

Police scoured the local area for his attackers and found the pair walking in Longbridge Lane a mile away from the scene.

Richardson was found still carrying the blood-stained machete and both were arrested.

Inspector Al Teague, of West Midlands Police, said: “The judge praised the officer’s work on the day and said had it not been for his swift intervention the victim could have died and the offenders escaped.

“This was a vicious attack which we believed was as a result of an argument shortly before.

“The student suffered very serious slash wounds and there were fears his injuries could have been life threatening at the time.

“The officer knows the area well and through his line of work has a good understanding of where people with gang links operate.

“We soon had the suspects in custody and they have rightly been handed very long custodial sentences.”

He said: “He has the physical scars for life but is also being helped to overcome the psychological impact of being involved in such a shocking incident.

“He is on a very long road to recovery but hearing the sentences passed on these two offenders is a great starting point.”