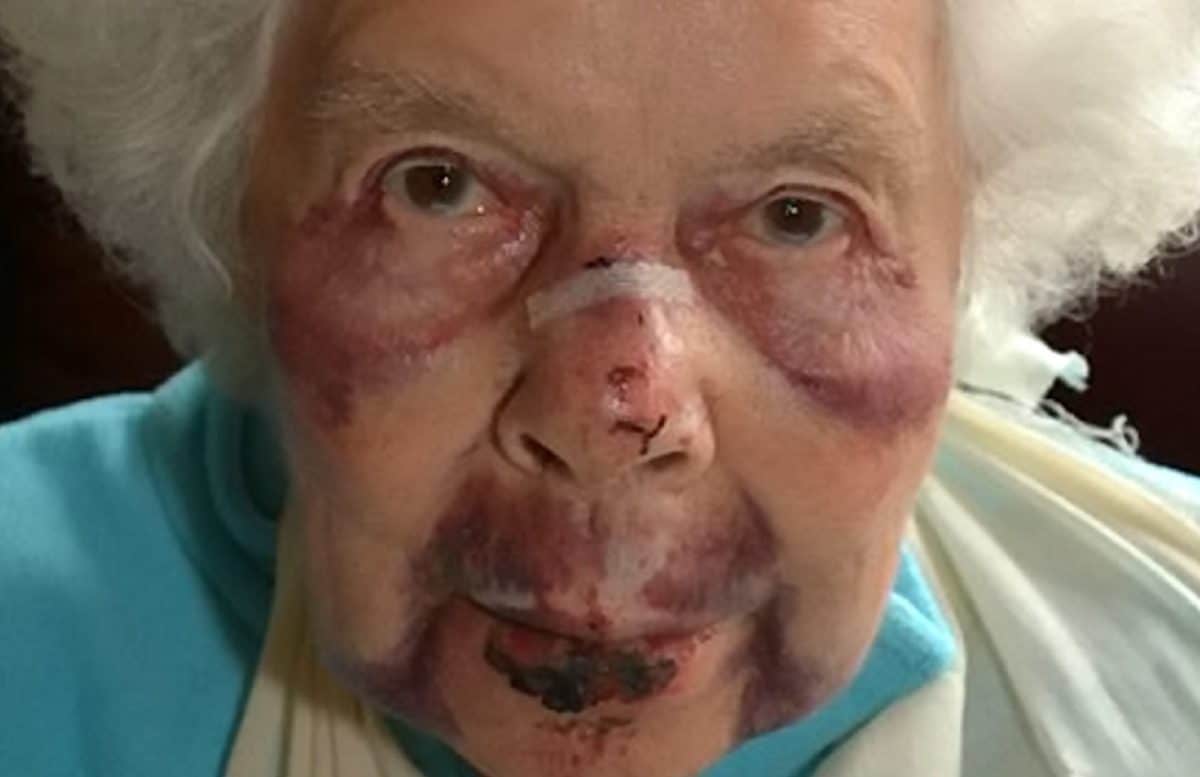 Police have released shocking images of an 88-year-old who suffered serious injuries after she was mugged in broad daylight.

The victim has been left with bruises and cuts across her face and a broken wrist and nose after her handbag was snatched.

The mugger grabbed her bag causing her to fall to the ground at 1.50pm on Thursday, 10 January.

After stealing the handbag, the offender ran off down an alleyway where it was later recovered having had cash and a bank card stolen from inside. 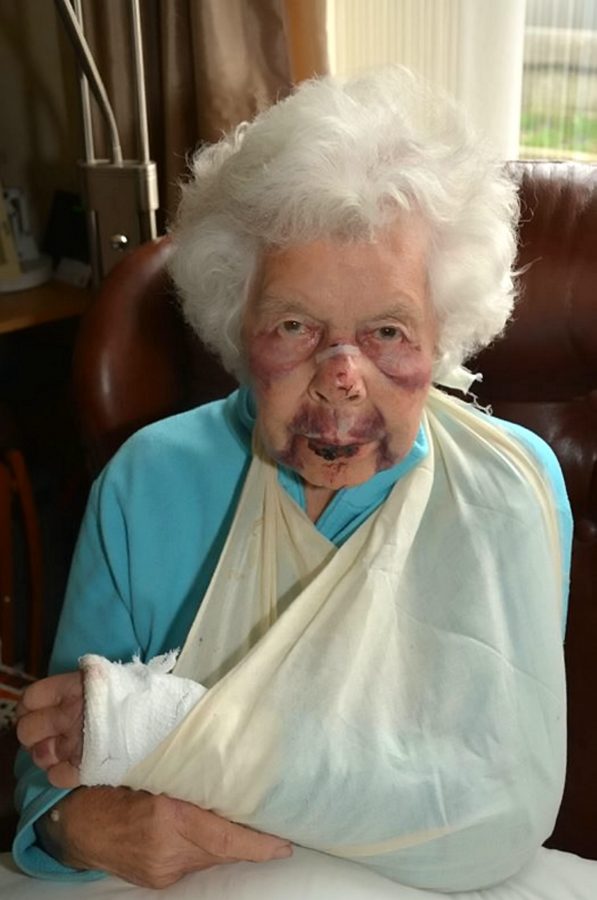 The woman sustained a broken nose, a fractured wrist and severe bruising as a result of the robbery in Weston-Super-Mare.

Detective Constable Matthew Stevenson said: “I’m sure these images will shock people who will be horrified that someone can target a vulnerable elderly woman in such a way.

“This is a despicable crime and we need the public’s help to identify the person responsible and bring them to justice.

Did you see what happened?

“Did you see anyone running away from Colonel Stephens Way and discarding items around the time?

“Or, did you capture anything on your dashcam as you drove through the area?

“Information, no matter how insignificant you might think it is, might prove crucial to us finding whoever is responsible.”

A 30-year-old woman has been arrested on suspicion of robbery and has since been released under investigation.