Kieron Jenkins, 30, fled barefoot and in pyjamas after being left on his own in a hospital room

by Nathan Pynn
in Broken Britain 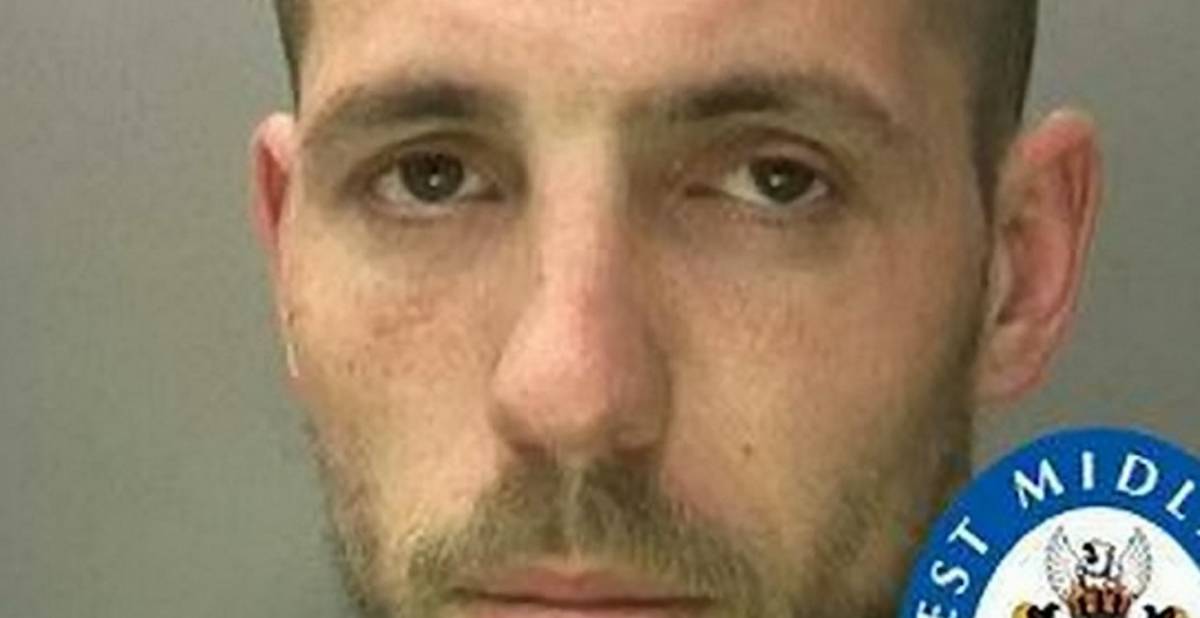 Police let a violent crook escape in a pair of pyjamas after he tricked them into bringing him coffee and BISCUITS.

Kieron Jenkins, 30, fled a hospital barefoot after the officers who were supposed to be guarding him left him alone in a side room.

Hours earlier he had been arrested for handling stolen goods and biting a police officer following a foot chase.

A court heard he was transferred to hospital after there were concerns for his mental health and two officers were sent to guard his room.

But he managed to flee when he asked one officer to fetch him a cup of coffee and moments later the other left to get him biscuits.

Red-faced police were forced to issue an appeal to the public, warning them not to approach Jenkins following his escape last month.

The force helicopter was also scrambled to search for Jenkins who was finally discovered at his home address – three miles away – three days later.

Jenkins, of Coventry, was jailed on Friday (19/7) for 14 months after he admitted handling stolen property, assaulting an emergency worker and escaping from custody.

Sentencing him at Warwick Crown Court, Judge Barry Berlin told him: “In a room at the hospital you asked offices for a coffee and biscuits.

“That was plainly a ruse and you made your escape in green pyjamas.”

The court heard Jenkins was caught selling a laptop which had been stolen in a house burglary in Coventry in March.

On June 12 officers on patrol in the city saw Jenkins, who was on licence and was wanted on recall to prison and for receiving the stolen laptop.

There was a chase, during which he tried to climb a fence, but was brought down by one of the officers who was bitten on the arm by Jenkins.

Jenkins was bundled into a police car and taken into custody before being transferred to University Hospital Coventry for a mental health assessment.

Prosecutor Stuart Clarkson said: “He was being guarded by officers, and he asked for a coffee and a biscuit.

“They went to get one, and he took the opportunity of leaving the room and making off.

“Even though he was still in green pyjamas, they lost him, but some days later they attended his address and arrested him.”

The court heard Jenkins had a number of previous convictions for offences including handling stolen goods.

David Murray, defending, said: “He was clearly under arrest. He asked one officer for a cup of coffee, and that officer left, and he then asked the other officer for a packet of biscuits.

“That officer left as well. He then took the opportunity to leave. It wasn’t planned.”