The dogs were discovered after the woman owner died 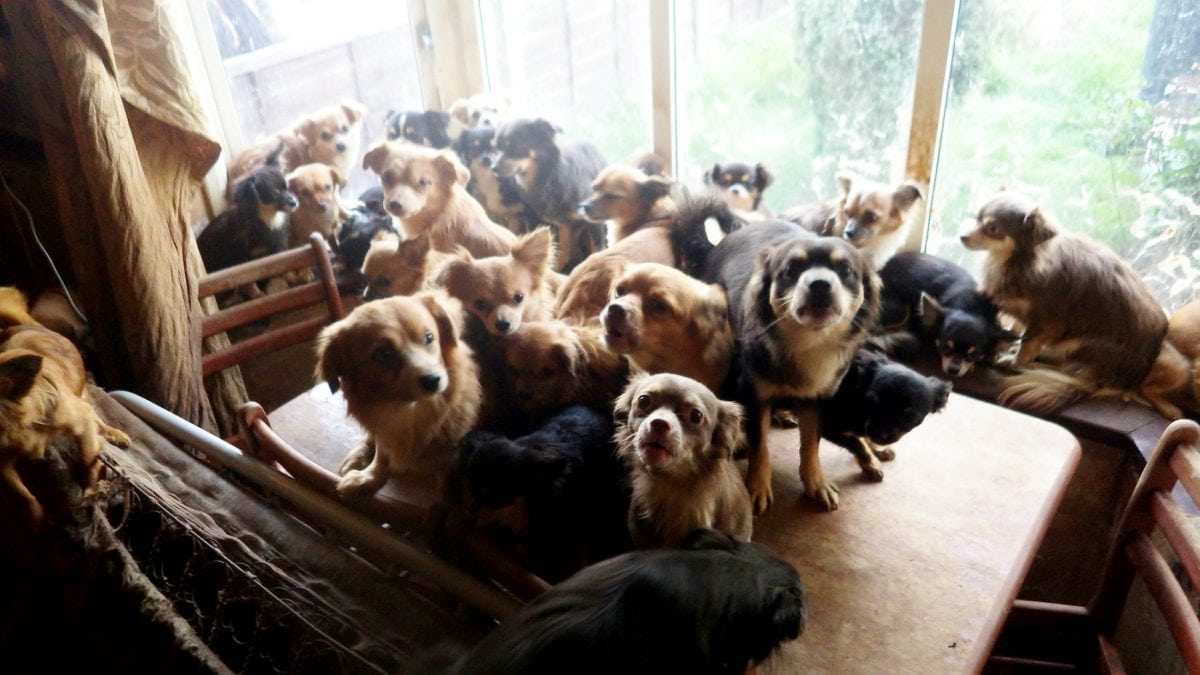 Police investigating a woman’s death were left stunned after finding 82 CHIHUAHUAS crammed inside her home in squalid conditions.

The RSPCA were called to assist officers who were probing the unexplained death of a woman in April last year.

The animal charity were first told there were around 30 dogs – but when inspectors arrived they were shocked find a staggering 82 chihuahuas inside.

The pooches filled every corner of the “filthy and cramped” house in Birmingham – including behind kitchen appliances, and had matted coats, fleas and burns.

The dogs were believed to have descended from just one couple – Blue and Tinkerbell – four years ago.

As a result of inbreeding, some had serious behavioural issues and were extremely aggressive and unhappy. 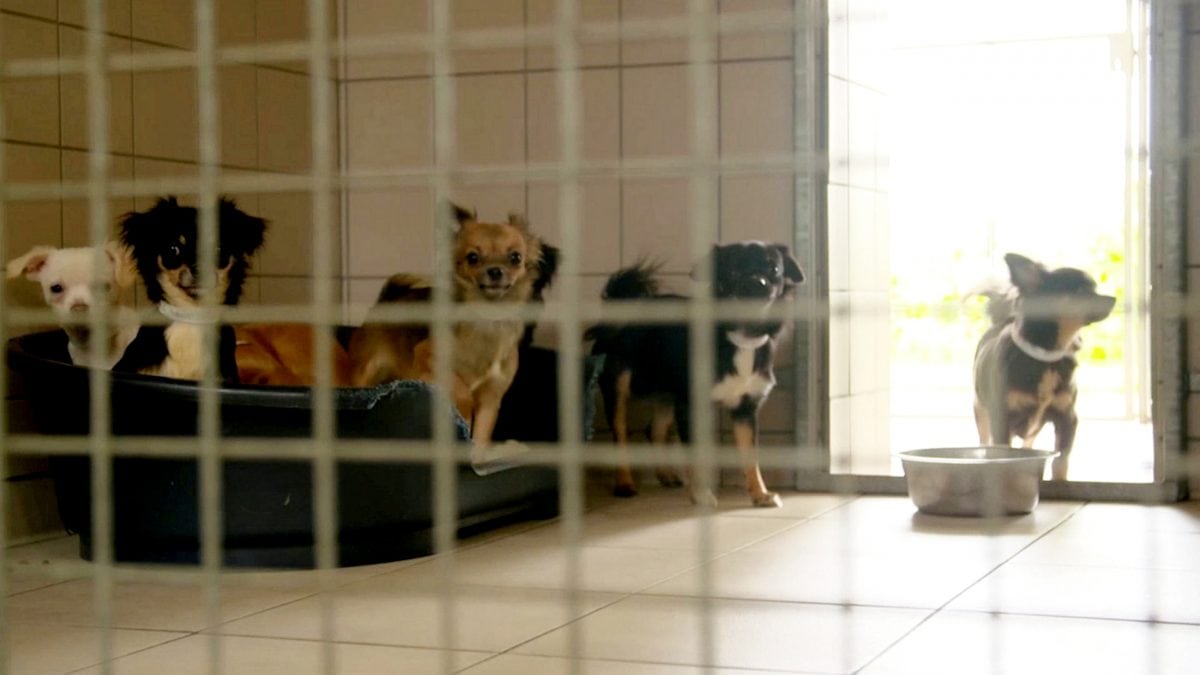 RSPCA inspector Herchy Boal said: “The officers asked us for help with around 30 dogs but I was busy dealing with another emergency elsewhere

“When they called me again a few hours later they were extremely concerned about the conditions they had found the dogs in, claiming they believed there were actually in excess of 40 small breeds.

“When I arrived at the property I found 82 dogs inside.

“They literally started appearing from everywhere. We would move the washing machine and suddenly there’d be six faces looking at you.

“It was incredible where they were able to hide.

“The house looked like an earthquake had hit it, everything was higgledy piggledy, it was really chaotic and dirty.

“We called out a vet who said the house was too hazardous and the dogs couldn’t stay there, it was filthy and cramped.

“They were all hiding – barking and snapping at us.” 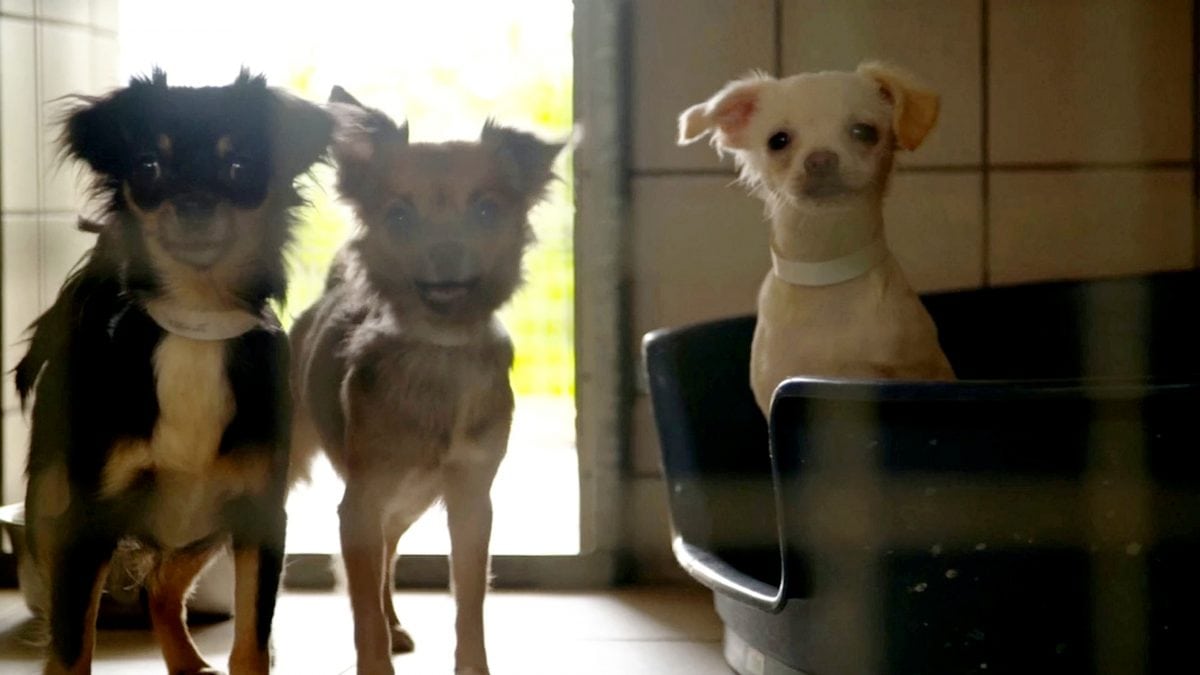 West Midlands Police had launched an investigation after a woman who lived at the property died.

But following their enquiries, they established that there were no suspicious circumstances and that she had died from complications after an accident.

All 82 dogs were removed and taken to the charity’s Newbrook Farm Animal Hospital in Birmingham.

Staff worked through the night to check over all of the dogs and ensure they received necessary treatment. 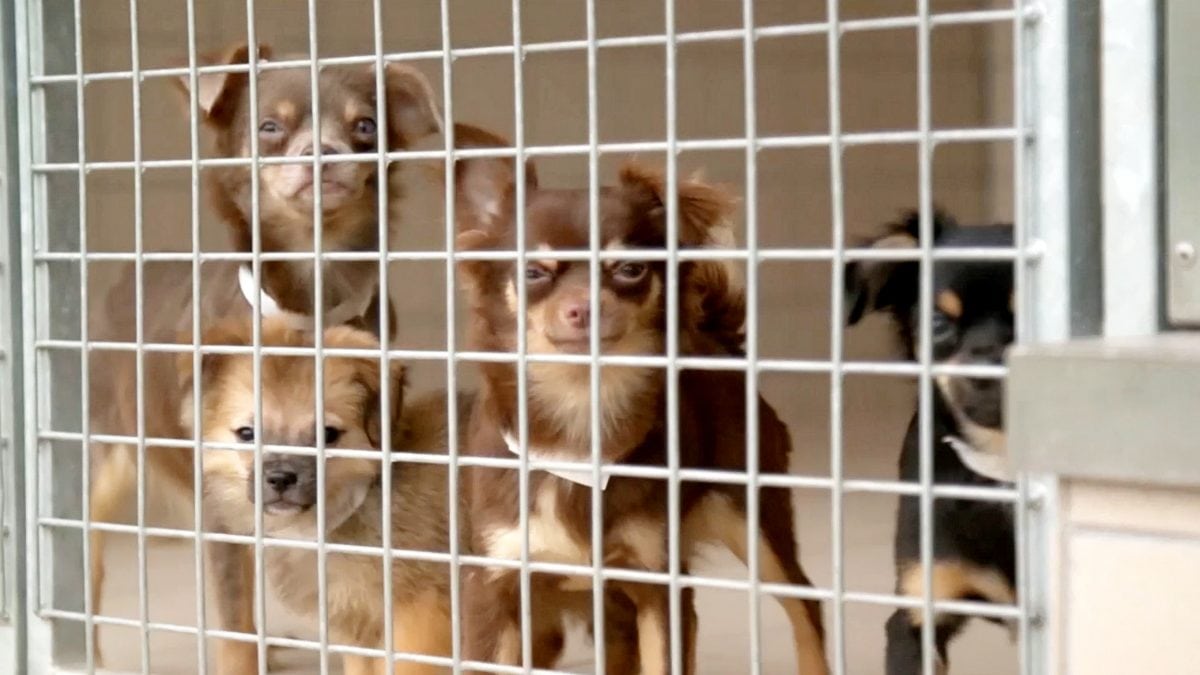 Inspector Boal said: “We didn’t finish work until 11am the next day.

“The woman and her husband, Stephen, had started out with two pet chihuahuas – Blue and Tinkerbell.

“Unfortunately, they didn’t get their dogs neutered and four years later, they had 82 dogs.

“This was a classic hoarding situation but it was clear the couple had loved their dogs and things had simply got out of hand.

“We worked with Stephen to renovate and clean the home while we cared for the dogs.

“We returned four of the dogs to him and re-homed the rest.

“Two of the dogs that went back to Stephen had serious behavioural issues and were extremely aggressive and unhappy.

“But when we returned them to him they were like different dogs and were so much happier.

“This was a really sad case but it was also a really memorable one for me due to the sheer number of dogs involved.

“I really hope we can use this story to make it clear why it’s so important to neuter your pets not only to avoid unwanted litters but also to avoid inbreeding which can result in serious health and behaviour problems in puppies.

“Multiple dog households are very challenging, and with this job, I had no idea how many dogs I was taking out.

“We’d move the washing machine and suddenly there would be six faces looking at you and it was just incredible where they were able to hide.

“These dogs had never left the premises. They were almost like feral dogs in a way. They didn’t want to be handled or they were extremely frightened.

“These are not pieces of paperwork or items of electronic equipment that you’re removing. These are living things and they’re scared and they’re frightened.”

The rescue mission will be broadcast as part of Channel 5’s new series of The Dog Rescuers, fronted by Alan Davies, at 7pm on Wednesday June 27. 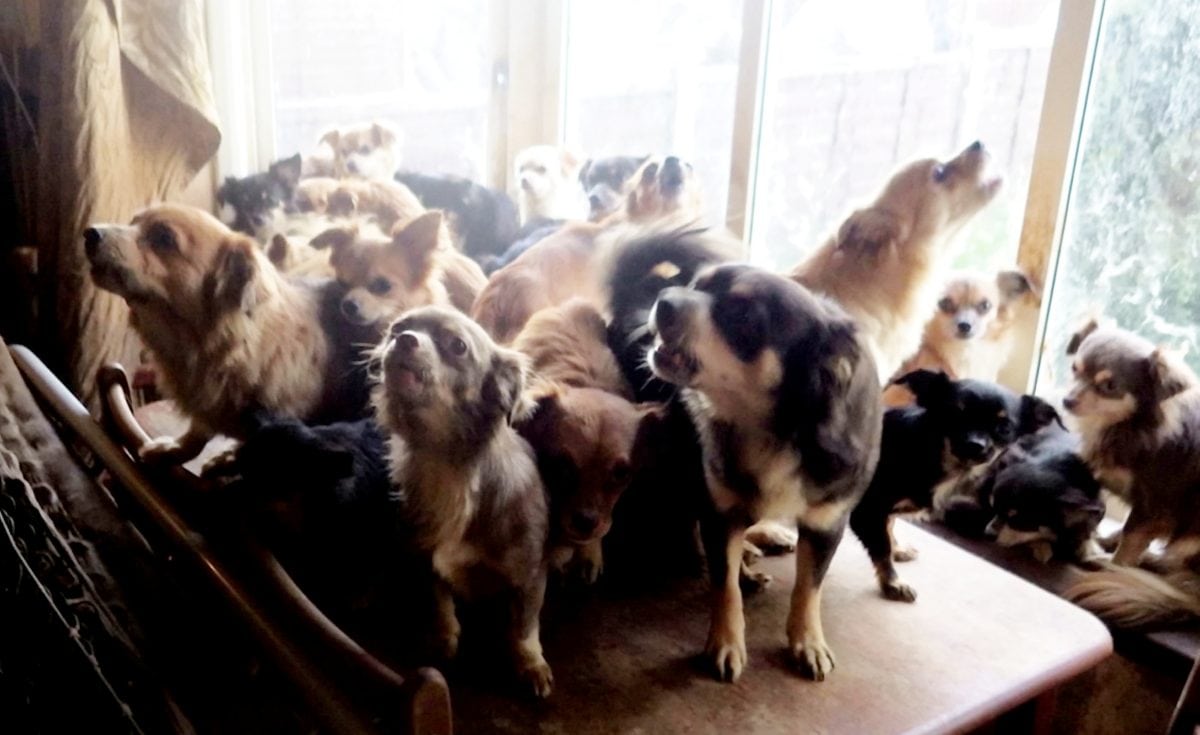