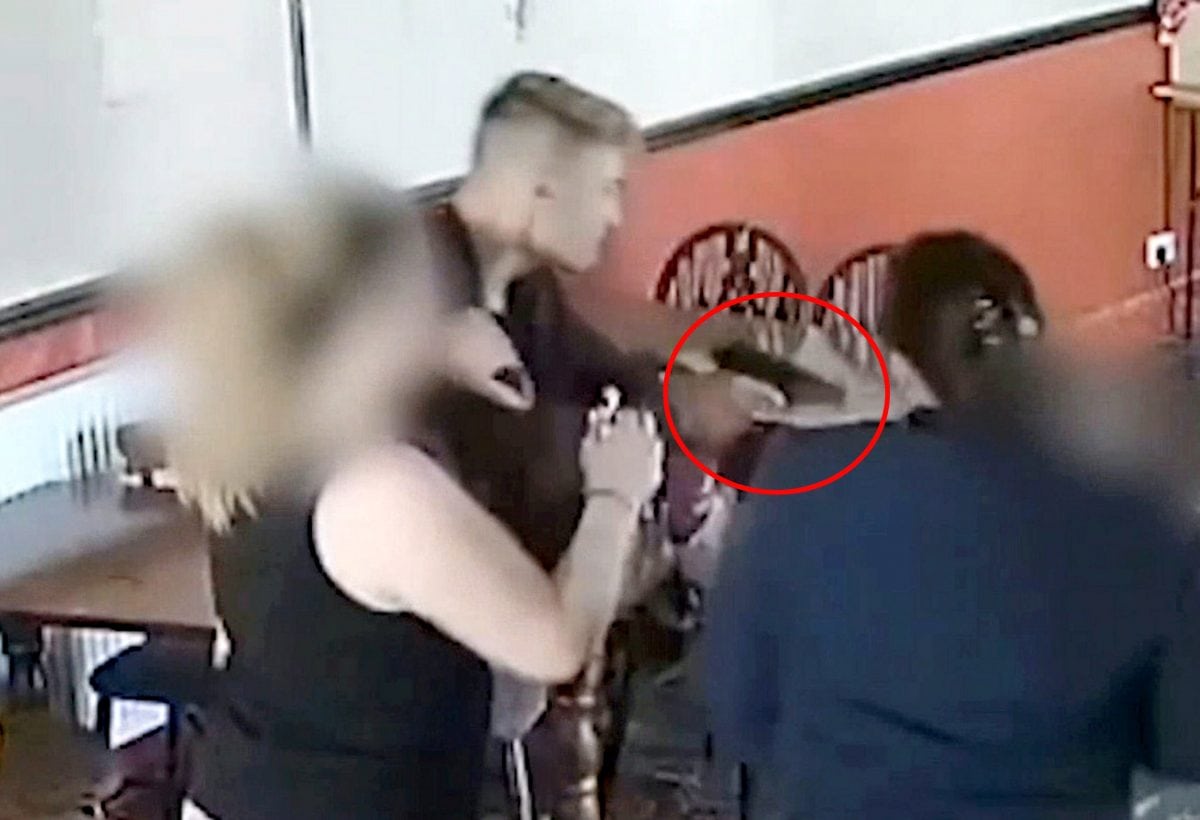 These dramatic CCTV shots show the moment a cage fighter pulled out a gun and rammed it into the mouth of his dad’s lover.

Violent Joseph Sandic, 22, was with his mum when they sought out Vicky Morgan at the Bristol House Hotel in Weston-super-Mare.

The hotel’s CCTV recorded the moment when they entered the bar at 9.30am, challenged Miss Morgan.

Sandic then pulled put a fake pistol and put it into her mouth before pushing the victim, striking her and stamping on her foot.

The incident was triggered when Sandic and his mum find out her marriage was ended because his dad was having an affair.

Sandic, of Worle, Somerset, pleaded guilty to assault and possessing an imitation firearm. 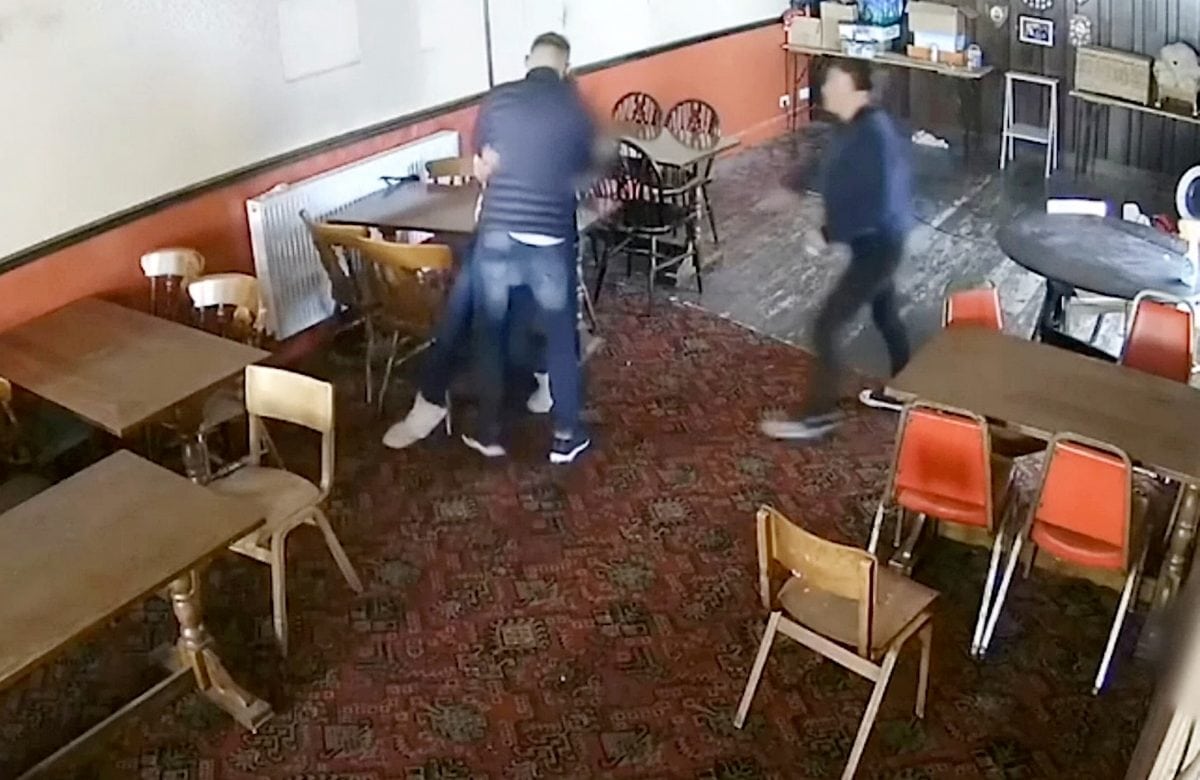 He has been jailed for 18 months and was handed a five-year restraining order banning him from contacting Miss Morgan or going to the Bristol House Hotel.

“The more serious offence was fetching the gun and using it to frighten Miss Morgan. Yes, it was not a real gun, but she didn’t know.”

Nicholas Fridd, prosecuting, told Bristol Crown Court: “This arose because it came to the attention of Jacqueline Sandic that her husband had spent the night with the victim.

“She and the defendant went to deal with the matter.

“They went to the Bristol House Hotel and they entered the bar. Jacqueline was only charged with battery and is being dealt with in the magistrates’ court.

“A gun was produced and the defendant was arrested the next day. He made a full explanation in his second interview, after he had been shown the CCTV.

Laura Mather, a probation officer, said Sandic received a telephone call from his mother at 8am, saying his father had not come home.

She said: “She was concerned and she wanted his help. He said his father can have issues with ‘going off on a bender’.”

Sandic claimed his intention was to scare her. 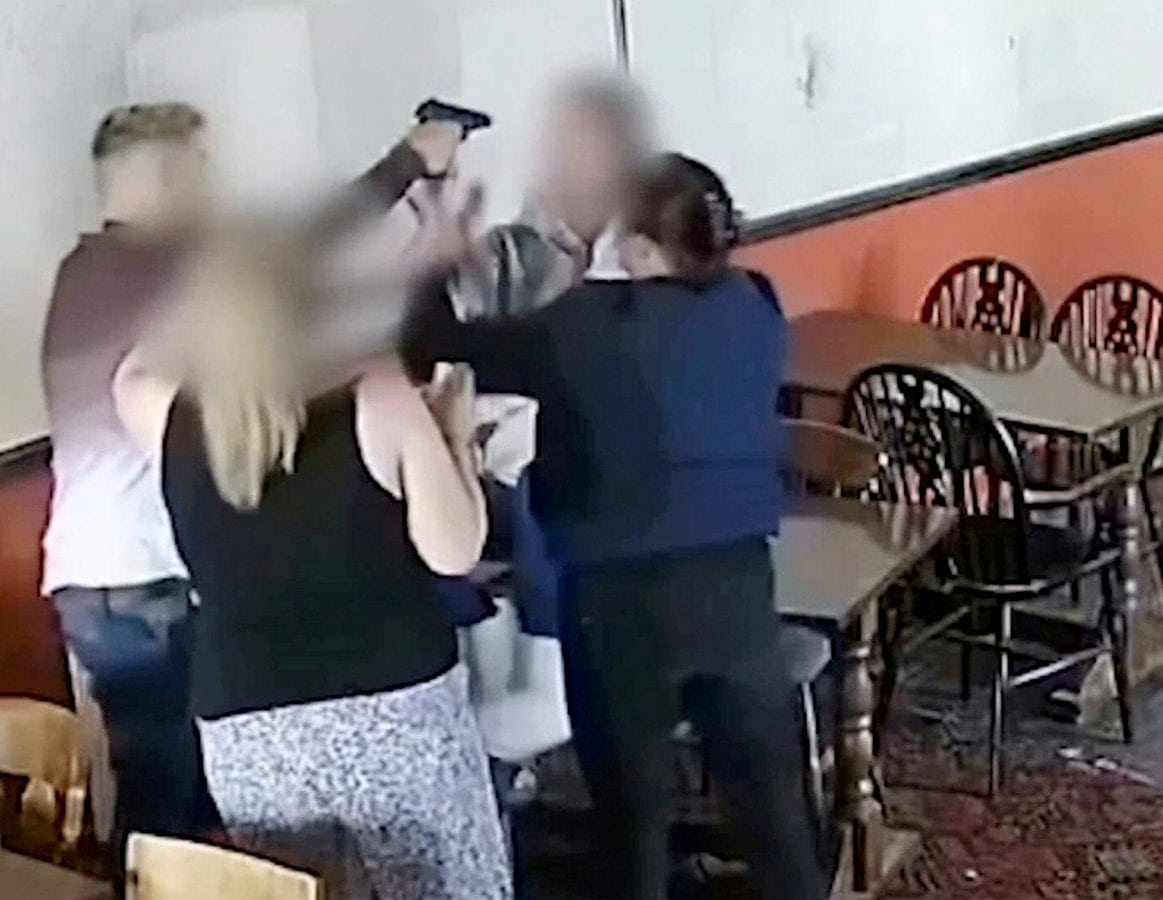 Miss Mather added Sandic said he had witnessed a lot of violence inflicted by his dad on his mum, and his dad had made him and his brother fight.

Sandic, who engaged in cage fighting on a monthly basis, told the court: “I want to say I am sorry. I’m deeply remorseful for what I’ve done.

“If you do give me a chance I won’t let you down. I was young and reckless.”

Miss Mather added: “On the one hand he sees what he did as serious. On the other hand he doesn’t see himself as posing any risk.

“It is my view he continues to pose a high risk of serious harm.”

Nadeem Aullybocus, defending, said his client was ashamed and embarrassed by what he had done.

Mr Aullybocus said father-of-two Sandic had over-reacted and his intention had been simply to scare.