Police were called to an incident which happened shortly after midnight yesterday, when the 20-year-old man was walking his dog in Newhaven Place, Edinburgh 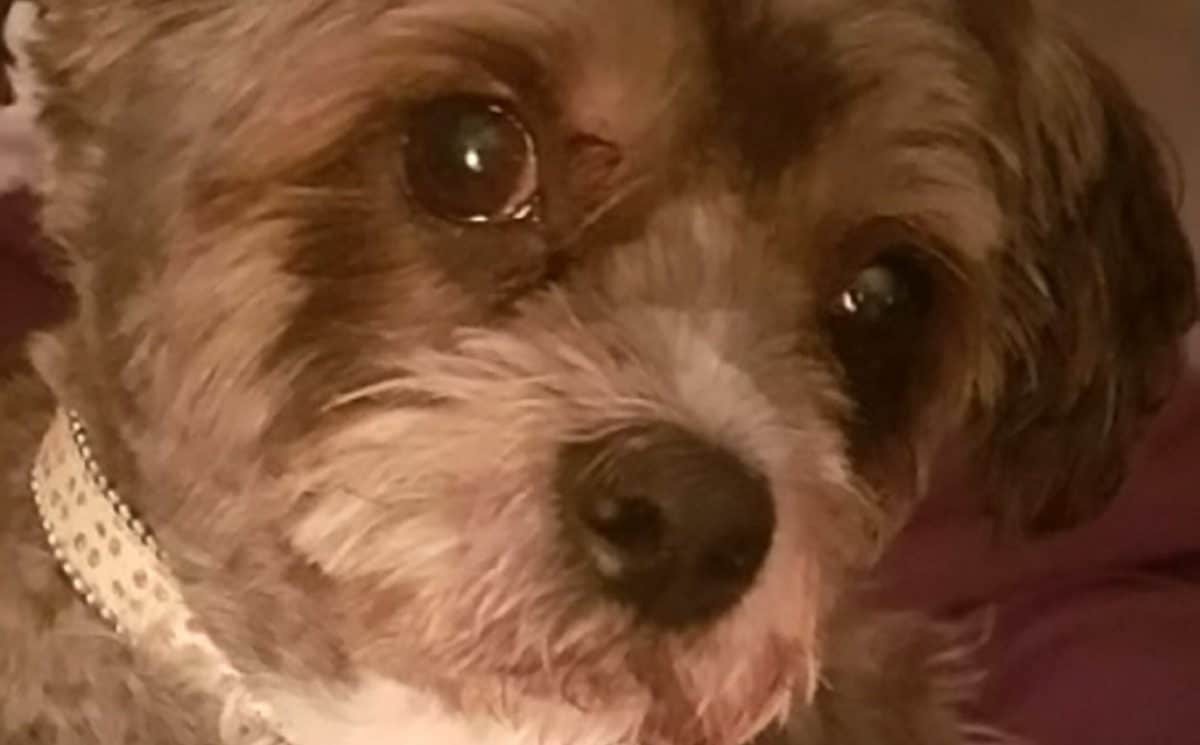 Robbers stole a dog at knifepoint after beating up its owner.

The victim, a 20-year-old man, was walking his Shih Tzu Westie Cross just after midnight when he was attacked by a stranger.

Another man got out of a grey car and joined in the assault, in Newhaven Place, Edinburgh.

The victim was frog-marched around the corner where he was threatened with a knife by a third man, who stole his mobile phone, and the family pet.

He was attacked again by the three men, who fled in the grey car.

The victim’s injuries were minor and he did not need medical attention, but he was described as ‘traumatised’ by the loss of the dog.

The first suspect is described as a white man between the ages of 30-40-years-old, around 5ft 9” to 6ft in height with a stocky build.

He was wearing a black jacket with a white logo on the left sleeve, black trousers, black shoes, and a black beanie hat, and spoke with a Glaswegian accent.

The second suspect is described as male, around 5ft 8” to 5ft 10” with a slim build and was wearing a black long sleeved top, black trousers with a white stripe and white logo on the left leg.

His face was covered with a black balaclava or hat and scarf covering his face.

The third suspect was described as a male between the ages of 20-30-years-old, of medium build and with short dark hair.

Detective inspector Graham Grant, of Edinburgh’s criminal investigation department, said: “This was an appalling attack on a young man, which has resulted in being traumatised and losing his family’s dog.

“This level of violence is completely unacceptable in our communities and we are eager to trace the three men responsible for this attack as soon as possible.

“I would ask anyone who was in the Newhaven area just after midnight on Wednesday, April 24, and has any information that might help our enquiries, to get in touch with us at their earliest convenience.”