James Clarke was found dead at a property in Vicarage Road, Kings Heath, Birmingham in the early hours of this morning

by Ed Chatterton
in Heart Wrenching, Must Reads 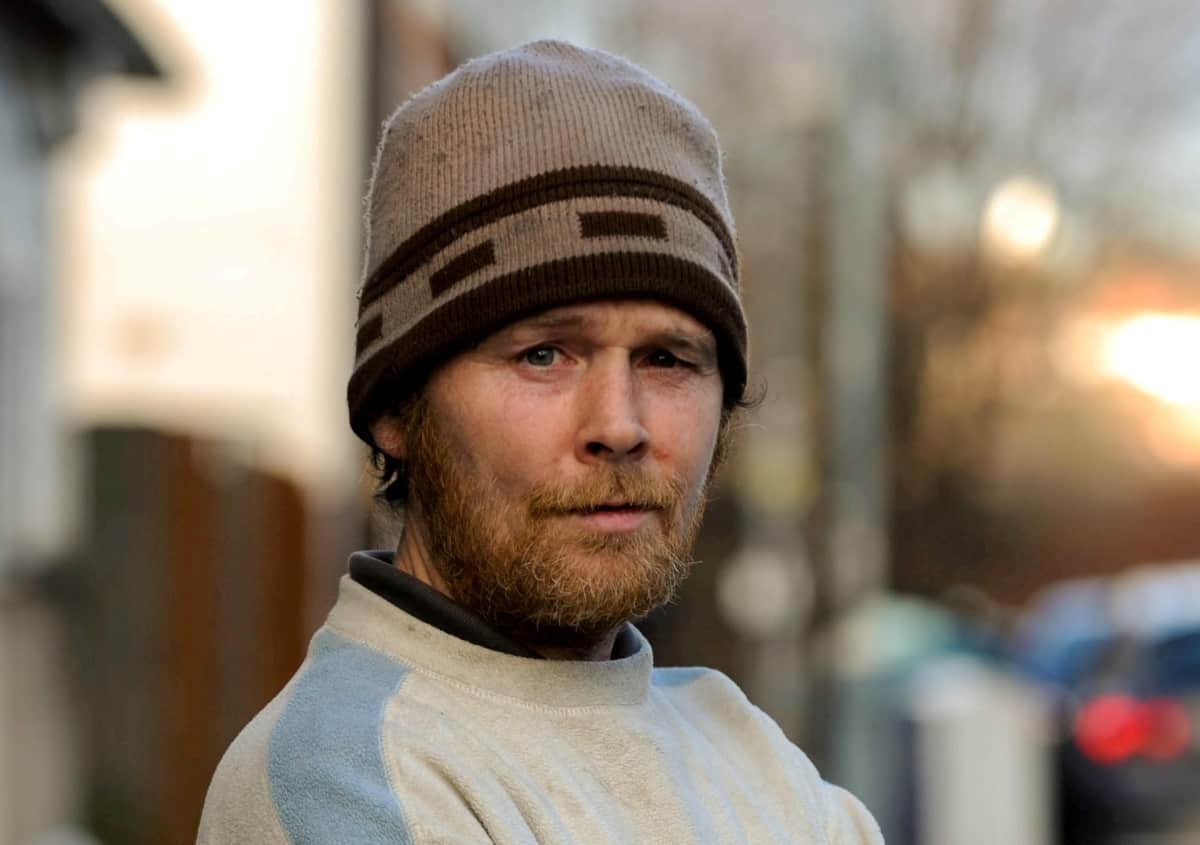 Benefits Street star Fungi has died from a heart attack triggered by a suspected drug overdose, it emerged yesterday.

The troubled 50-year-old star, who appeared on the controversial Channel 4 programme in 2014, was found dead at a property in the early hours of this morning.

Police and ambulance crews dashed to a house for recovering drug addicts in Vicarage Road, Kings Heath, at 2.45am.

Fungi – real name James Clarke – was suffering cardiac arrest and despite desperate attempts to revive him, he died at the scene.

The cause of death is not known but police are not treating it as suspicious.

His devastated ex-partner Donna Reilly, 44, who raised his eldest daughter Kirsty, 29, wrote on Facebook: “Death leave a heartache no can heal, love leaves a memory no one can steal.”

Ash Chowhan, 35, has been the housing manager of the property where Fungi was found for the past two years.

He said: “Its so sad, I got the news at 3am this morning (Mon) that Fungi had passed away.

“The tenants at the house told me they went into his room and saw him dead in his room.

“It’s very sad news because Fungi was a very good tenant of ours. He was just a nice guy, it’s just sad to see him go like this.

“Every time I went by I used to chat with him, he was a great guy. He used to be a big issue seller.

“We would provide support for him in the accommodation.

“Just last week he was saying to me that he was going to turn his life around, changing his drinking habits.

“It’s sad and shocking news, we’ve know him for a good few years.

“I don’t know the full story, but I think the tenants must have knocked his door and opened and then found him.

“One of the tenants mentioned that Fungi had left a suicide note but I never really asked him much in the way of details.

“We phoned the ambulance and police and we’ve just left the situation in their hands.

“This has never happened before in my two years of managing the building.

“I knew Fungi from before that, he was homeless and we helped him find a place to stay.

“I couldn’t sleep after it, it was so shocking, Fungi was a good man.

“I would like to pay a tribute to him some time in the future were all of our tenants get together and do something big for him.

“Maybe in Moseley Village which is where he used to chill out, so we can remember the man, Fungi.”

A West Midlands Police spokesperson said: “Police were called after the body of a man believed to be in his 50s was discovered at an address in Vicarage Road, Kings Heath Small Heath around 2.45am.

“His death is not being treated as suspicious and will be referred to the coroner.”

A West Midlands Ambulance Service spokesperson said: “At 2.52am one ambulance was sent to an address on Vicarage Road, Kings Heath after receiving a call from West Midlands Police.

“On arrival crews found a patient in cardiac arrest. Unfortunately nothing could be done to save him and he was confirmed dead at the scene.”

Since appearing on the show in 2014, Fungi struggled to combat his drug and alcohol addictions and became embroiled in rows with the other stars.

Last year he had a bitter spat with White Dee, branding her a “tramp” after claiming that fame had changed her.

While stars like White Dee made a fortune on TV appearances, Fungi struggled to make ends meet and lost his job as a Big Issue Seller and ended up sleeping rough in Birmingham.

He found love with fellow rough sleeper Kerrie Tarbuck, 40, and the pair lived together in sheltered accommodation in Kings Heath.