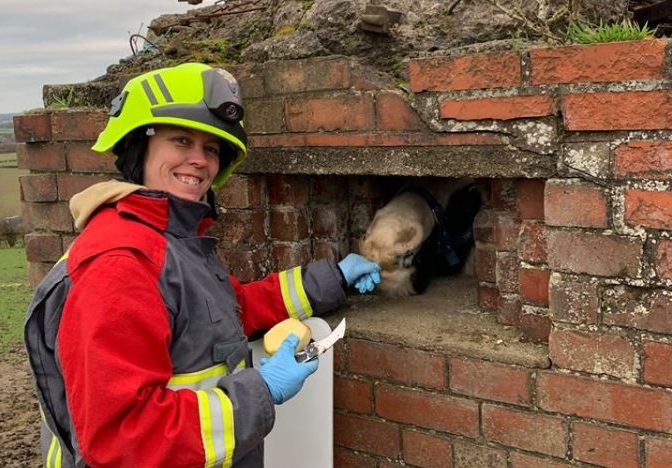 Firefighters rescued a hapless horse after it got trapped inside a World War Two PILLBOX.

The animal wandered inside the gun emplacement on New Year’s Eve but was unable to get out again. Staff from the East Leake Fire Station in Nottinghamshire were called out to rescue the horse, called Eve, after its owner struggled to free it from the bunker. 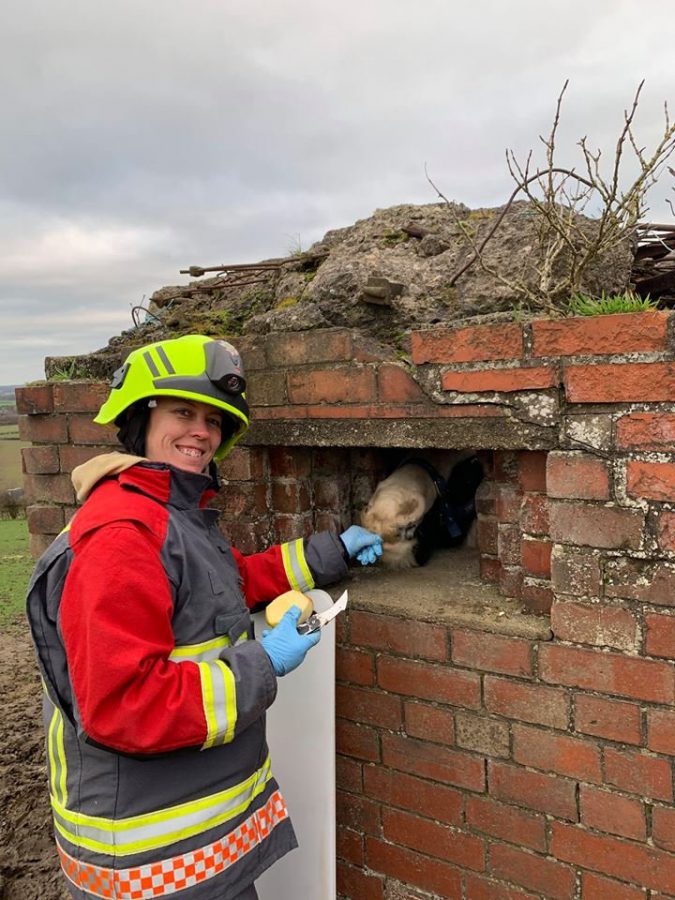 Rescuers spent 90 minutes chipping away the bricks to widen the entrance of the building in the field in Gotham, Notts., before coaxing Eve out with treats. 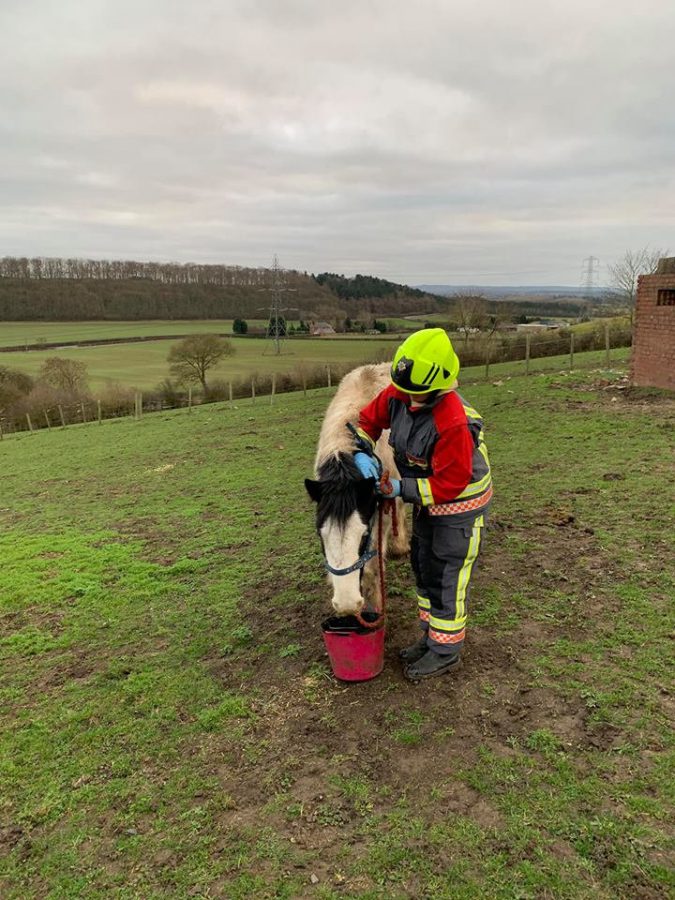 Pictures tweeted by Nottinghamshire Fire and Rescue Service show the horse’s nose poking through the sun slot in the bunker.

A spokesperson said: “Getting through the tiny entrance did not seem any problem when going in, but proved impossible to get out.

“With the help of firefighters from Beeston, Highfields station Nottinghamshire Fire and Rescue Service the entrance was made nearly ten inches bigger to allow her to be coaxed out with some tasty morsels and an apple. “Eve is now reunited with her pals in the field.”

Eve’s owner is now securing the building to keep inquisitive horses at bay in future.

The pillbox was one of hundreds built across the UK in 1940 to defend against any possible enemy invasion. 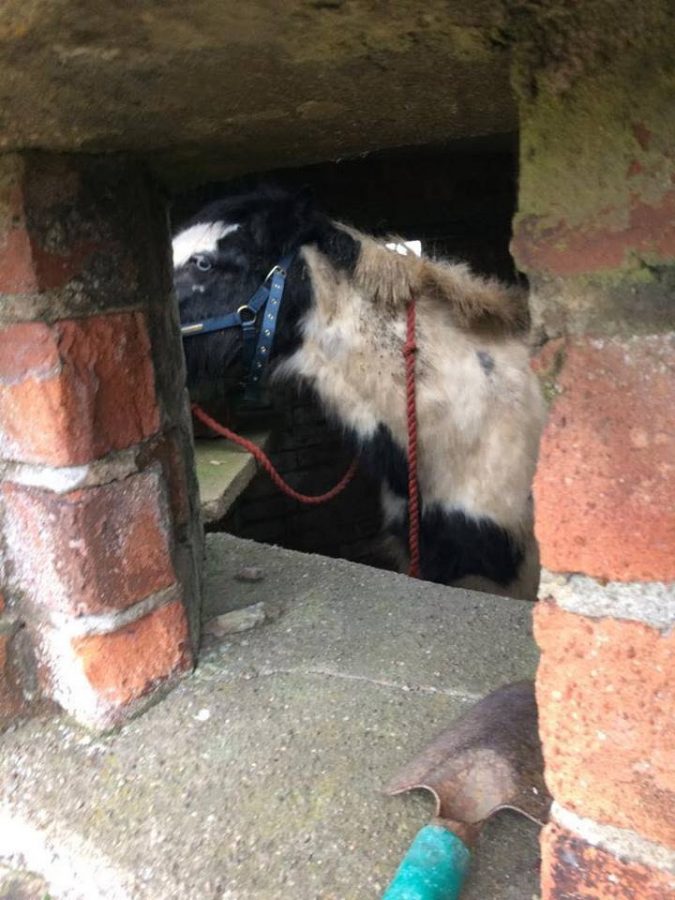 The bunkers were nicknamed pillboxes on account of the slits built into the side of the buildings which resembled letter slots on pillar boxes.