Legendery Tom Gilzean is best known in the Capital for sitting in his wheelchair collecting in his signature tartan trews seven days a week. 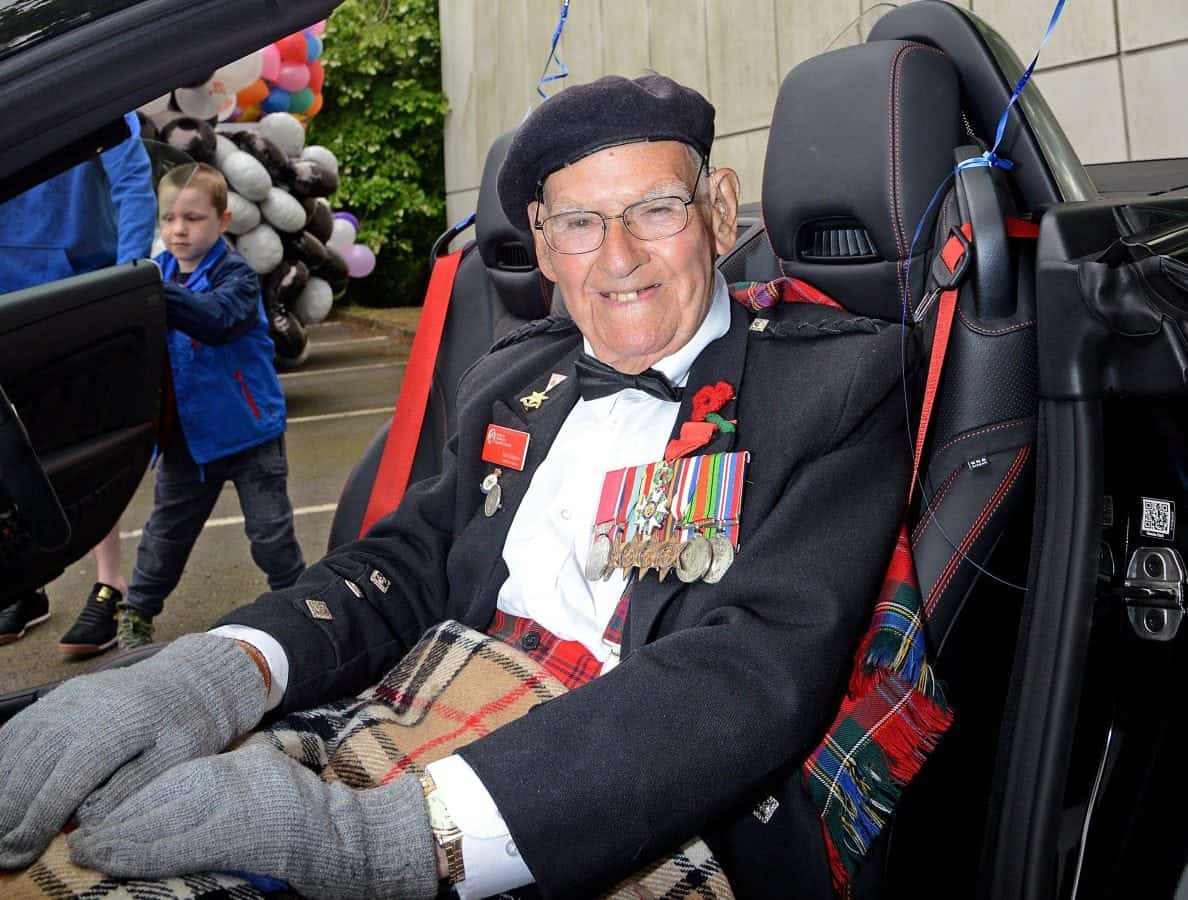 A 98-year-old war veteran has raised almost £1m for charity after more than two decades of fundraising — and says the best spot for his collection is outside Primark.

Legendary Tom Gilzean is well known around Edinburgh, sitting in his wheelchair collecting for a variety of charities in his signature tartan trews seven days a week.

And the veteran, who has been fundraising for the past 22 years, finally got the news he’s been waiting for last Friday — that he has almost reached £1m. 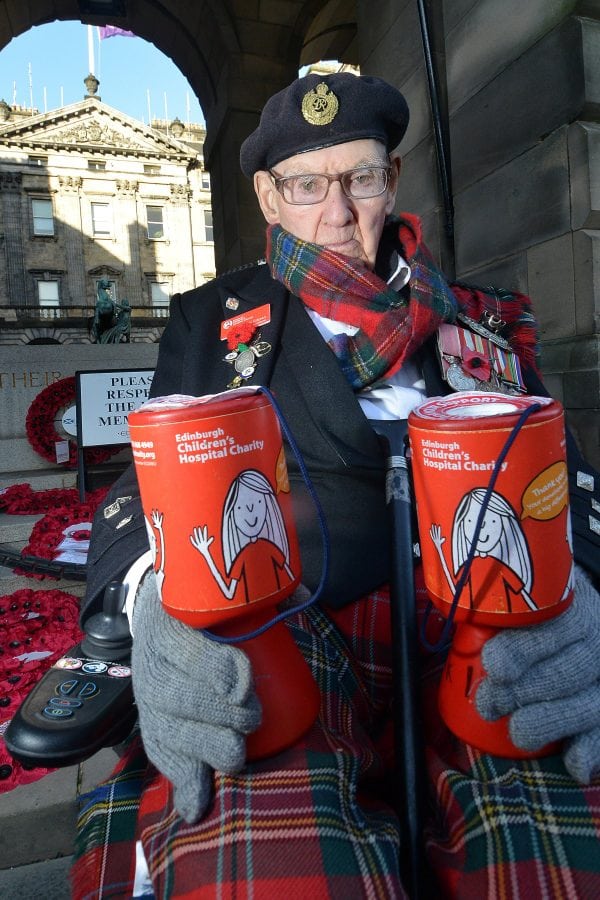 Tireless Tom, from Edinburgh, has revealed he has just £40,000 to go to reach his target.

“I could not believe it when they told me.”

And after more than two decades collecting funds, he’s finally managed to pin down his favourite spot — Primark.

He said: “It’s always incredibly busy, from the moment the doors open, you get them coming in and out.”

Ecstatic at raising such an incredible amount of money, the retired bus driver-turned champion fundraiser says it’s the desire for helping those in need that keeps him going.

His latest donation went towards funding the Surgical Day Case waiting area and a discharge lounge for children and their families.

She said: “It’s hard to find enough praise for him really and what he does. He’s such a hero to us, he really is.

“A lot of his funding last year is going to the new hospital and to make it a more fun place for children to come when they are ill.”

In 2015, Tom, whose other charities include the Armed Forces Personnel Recovery Centre and the Edinburgh Taxi Trade Children’s Outing, received the Edinburgh Award, an accolade he described at the time as his “proudest moment”.

Edinburgh Western MSP Alex Cole-Hamilton said: “In many ways, Tom is the face of Princes Street and to achieve this important milestone will be celebrated across the city. 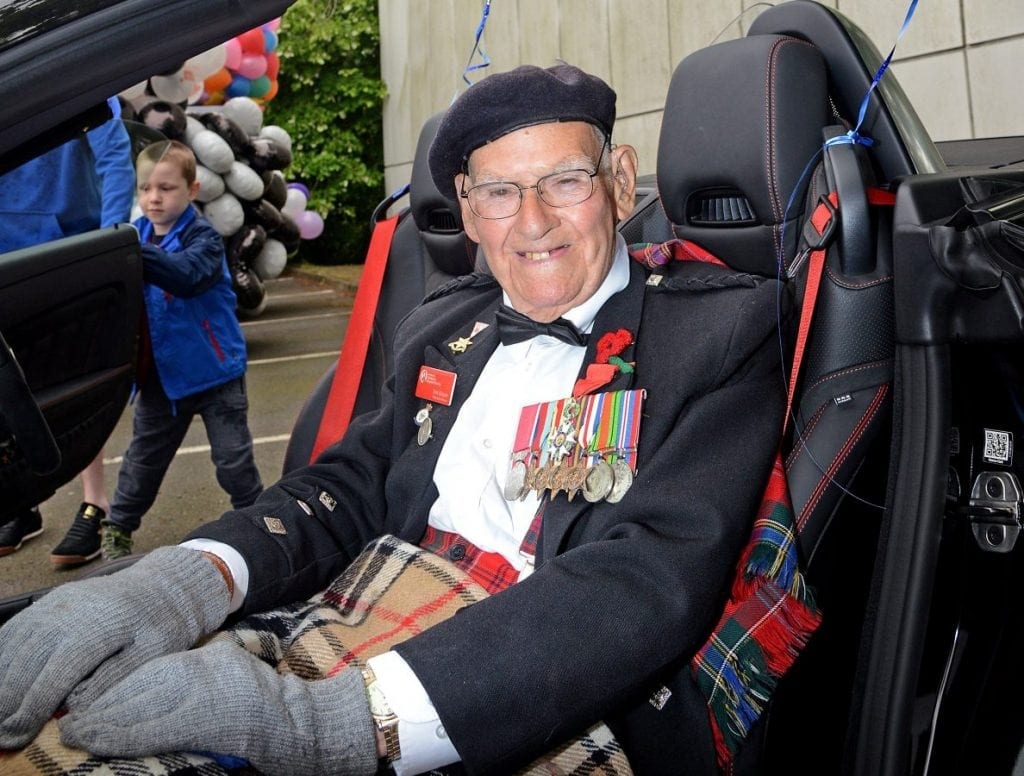 “He is an example of selfless determination in the face of some adversity, given his physical disability.

“He never fails to bring a smile to the face of residents or holidaymakers who see him daily on Princes Street.

“I wish him well and here’s to the next million.”

In 1919, legendary Portobello-born entertainer Harry Lauder, who had lost a son during the Great War, was given a knighthood for establishing the Harry Lauder Million Pound Fund to help the war injured.

Almost a century on, the stars appear to have aligned. Tom Gilzean’s own million pound fund might just see him earn his own chivalric title next year.