Pat Plumbridge was in bed when the pub next door went up in flames and she was woken up by neighbours. 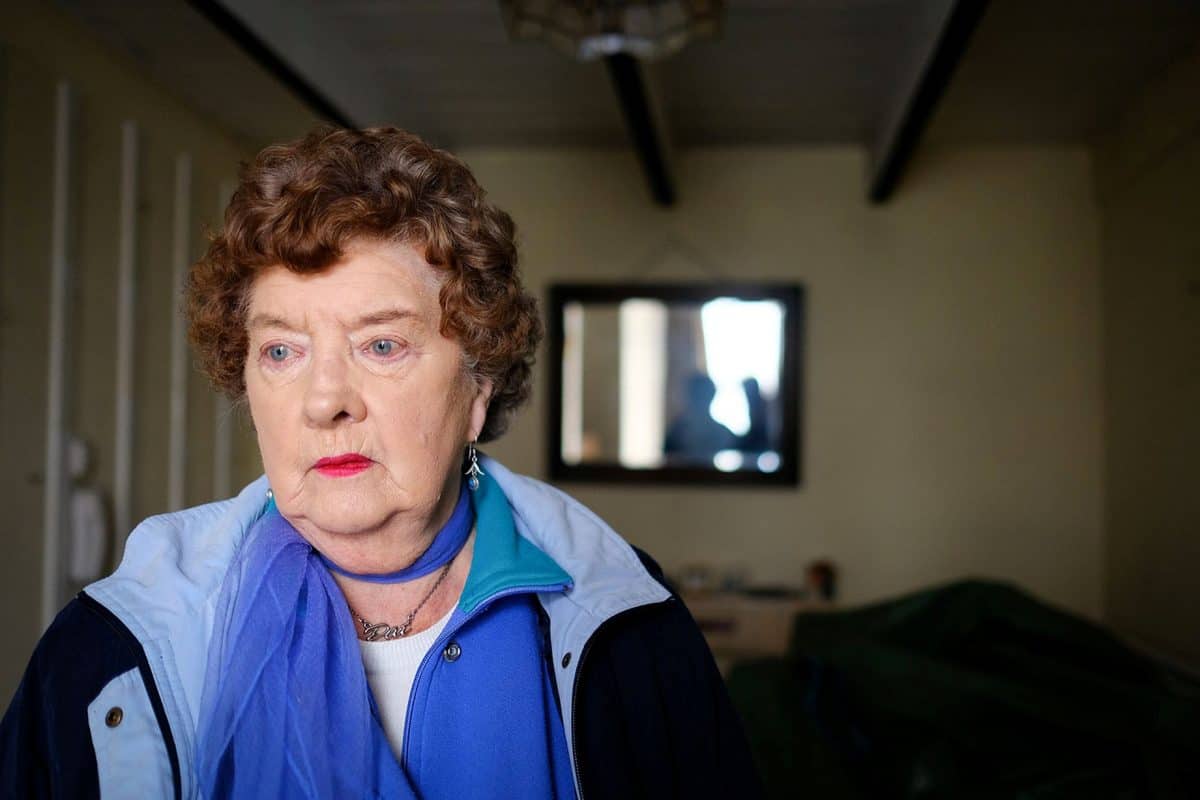 A 93-year-old has been left with nothing but her nightie and slippers – after her house was gutted in a blaze.

Pat Plumbridge was in bed when the pub next door went up in flames and she was woken up by neighbours.

She first thought the banging on her door was from rowdy drunks on their way home from a night out.

Pat is a well known figure in the fishing port of Newlyn in Cornwall and has lived next to the Fisherman’s Arms on Cliff Road, for sixty years.

The retired jewellery business manager says he home has been gutted and she has nothing left but her nightie and slippers.

She said: ””There were people shouting that the house was on fire and I needed to get out quickly.

”Someone was knocking on the door shouting for me to get out.

“I managed to get out of there with only my nightie, slippers and a coat on. That’s all I’ve got left. Everything I have ever owned has been destroyed in the fire.”

Ms Plumbridge, never married and has no living relatives.

“It’s absolutely devastating,” She added. “I can’t go back in to try and see if I can retrieve anything. Everything I have is in this house.

”Firefighters will not let me back in because they said it’s too dangerous.

“The insurance said the same. The ceiling has caved in and everything inside is either fire, smoke or water damaged.

“They’ve told me it could take nine months to fix my house. I don’t know what to do.”

Ms Plumbridge said she has been staying in the local B&B through the kindness of the owner but she is fully aware that it cannot go on for ever.

Her Insurance told her she will be found a temporary place to live until her situation is sorted and her three-bedroom house is repaired and habitable again.

“I still can’t quite believe it. Friends have been helping out and they have all been marvellous and supportive but I’m 93 and I’ve lost everything.”

Despite losing everything, a few days after the fire Ms Plumbridge went to sing at the local hospital – as she does every Thursday.

The fire destroyed the Fisherman’s Arms Inn on Cliff Road in the early hours of Monday morning (February 25).

Witnesses reported seeing flames leaping from the roof during the blaze.

There was immediate concern for the owners, Sally and Dave Reed, who were taken to hospital following the blaze as a precaution after breathing in smoke.

Eight fire engines were called to deal with the blaze and firefighters spent four hours bringing the fire under control. Four people were out of the property when they arrived and were taken to hospital.

An investigation into the fire by the fire service is now underway. A crowdfunding page has been set up by the community to help the publican family involved.