An 84-year-old Brit has been hailed as the world’s oldest BOBSLEIGHER and is still sliding – on his own personal track. Grandfather-of three Bruce Ropner was crowned the 1962 British two-man bobsleigh champion just three years after jumping in a toboggan for the first time. The octogenarian has the only privately owned, dry bobsleigh push-start […] 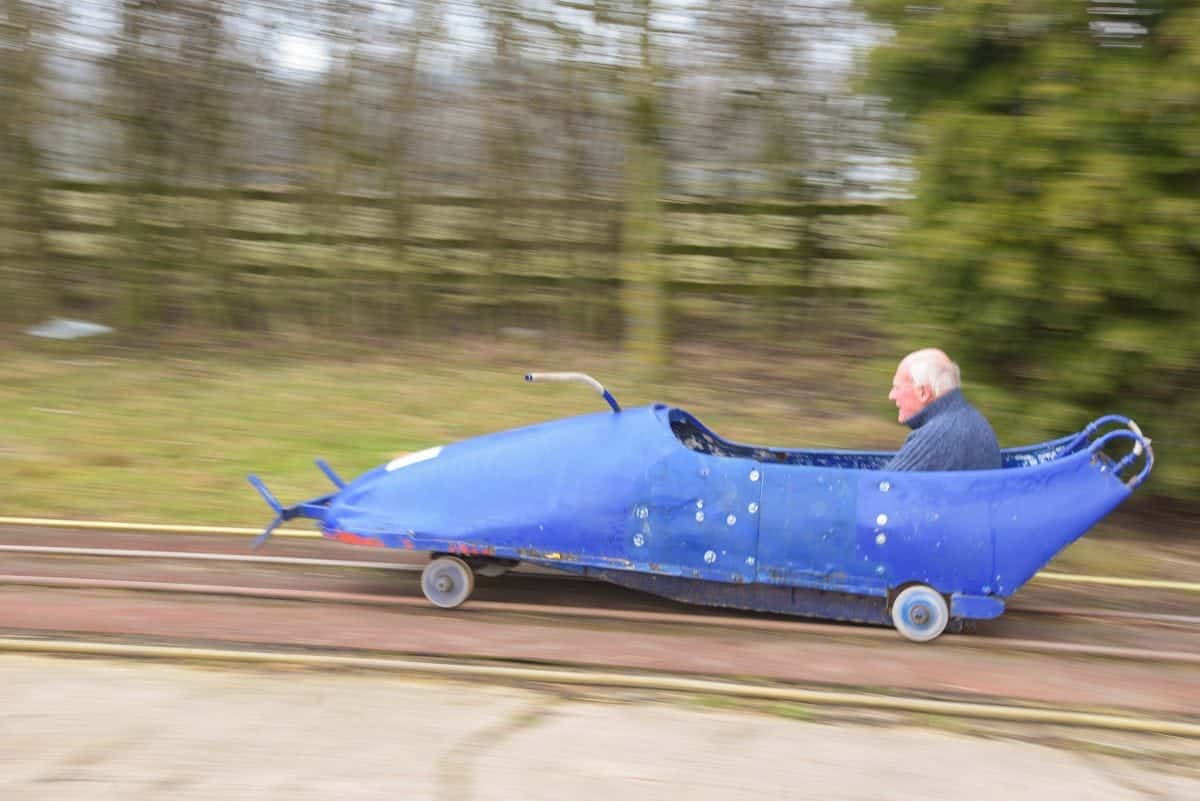 An 84-year-old Brit has been hailed as the world’s oldest BOBSLEIGHER and is still sliding – on his own personal track.

Grandfather-of three Bruce Ropner was crowned the 1962 British two-man bobsleigh champion just three years after jumping in a toboggan for the first time.

The octogenarian has the only privately owned, dry bobsleigh push-start track in the country at his son’s estate, where he still jumps in for a slide.

And despite two false hips and two new knees he still slides on ice, and last hurtled down a terrifying full-size luge at 75mph last year in Austria.

The former Welsh Guard hasn’t met any other sliders anywhere near his age – and reckons he’s the only person in the world to bobsleigh in seven different decades. 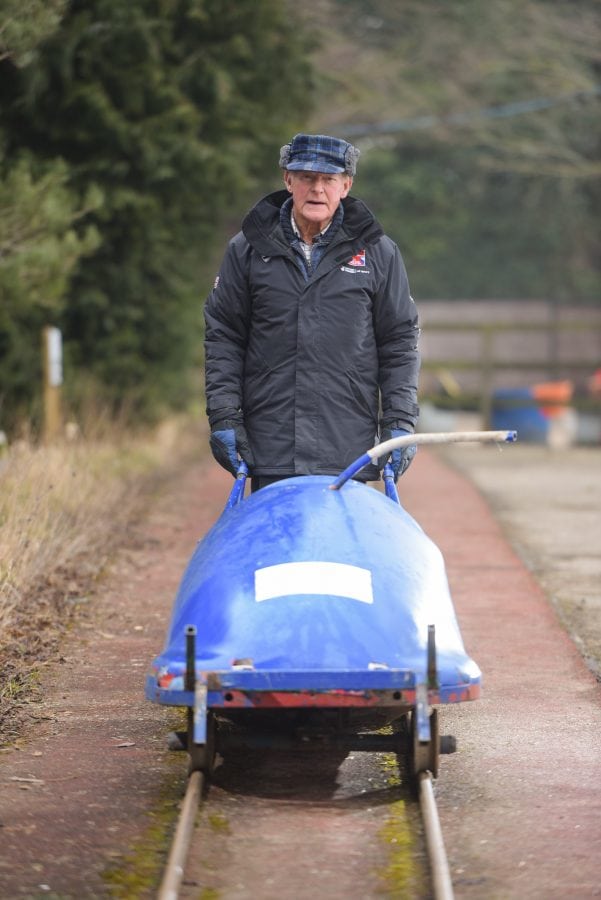 Now he supports the bobsleigh youth programme and was the first person to spot the talent of Mica McNeill, 24, who slid to Britain’s best ever result in South Korea this month.

“I have bobsleighed in seven different decades now. A friend said he thinks I’m the only person in the world who has done that.

“I’ve had two new hips and two new knees – but that’s just wear and tear and nothing to do with the sport.

“I wasn’t scared the first time I went down. It’s a huge adrenaline rush.

“Rather than being scared the first time you go down, you really just don’t know what’s happening.

“You are up on those corners, taking them at three, four or five times g-force.

“I always say I wouldn’t be scared until you start to crash. Then you become a bit scared but then you are going so fast you don’t have time to be scared.” 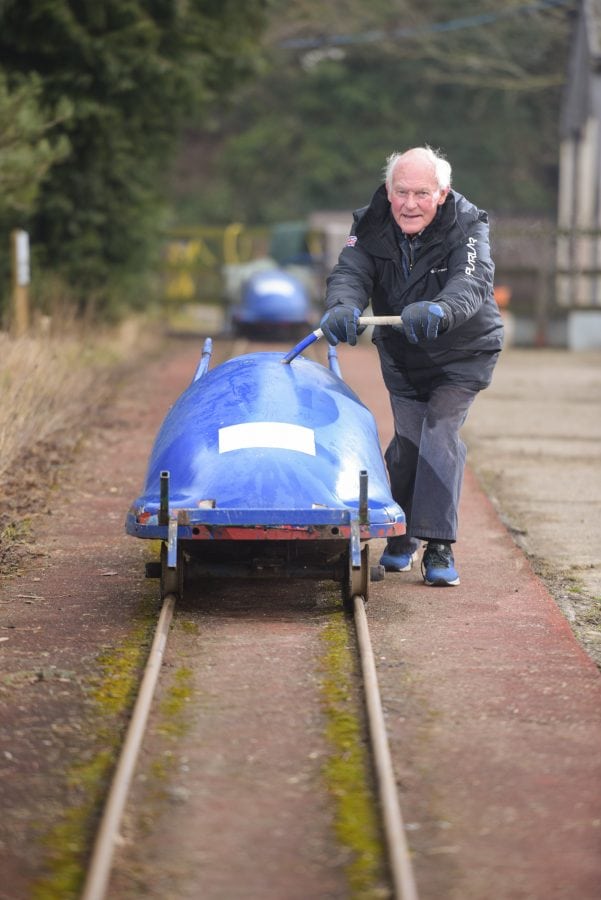 Mr Ropner had never even seen a bobsleigh track when friend Keith Schellenberg – the 1956 British champion – asked him to join his team in 1958.

“He asked ‘would I like to have a go in my bobsleigh team?’ I was quite fit then,” said Bruce.

“I thought about it for about three seconds and said yes.

“I had no experience. I hadn’t even seen a bobsleigh run at that time.

“Keith told me to go and get fit so I went to the football stadium and I did.” 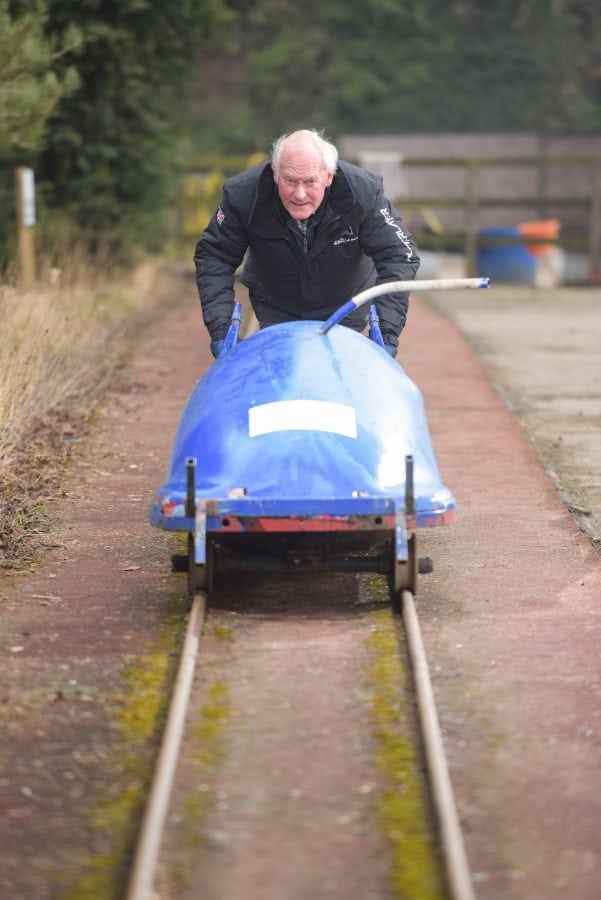 He joined Schellenberg in St. Moritz in 1959 as one of the ‘middlemen’ in a four-men bob.

He then went it alone with his cousin Jeremy Ropner and they were crowned two-man British champs in 1962 – although he claims it was a “lucky” win.

“We won because Tony Nash and Robin Dixon – who went on to win Olympic gold in 1964 – crashed,” he said.

“We were in GB1 for the world championships four days later ,not them, but they got their revenge there and, of course, went on to Olympic glory.

While he only bobsleighed professionally for around four years – after his wife told him she was worried for this life – he continues to slide for fun and champion the sport.

He has his own ‘push start’ track at Camp Hill Adventure Park, a 150-acre team building centre owned by his son, Robert.

It is one of only two in the UK – the other is in Bath – and he still has a go when asked. 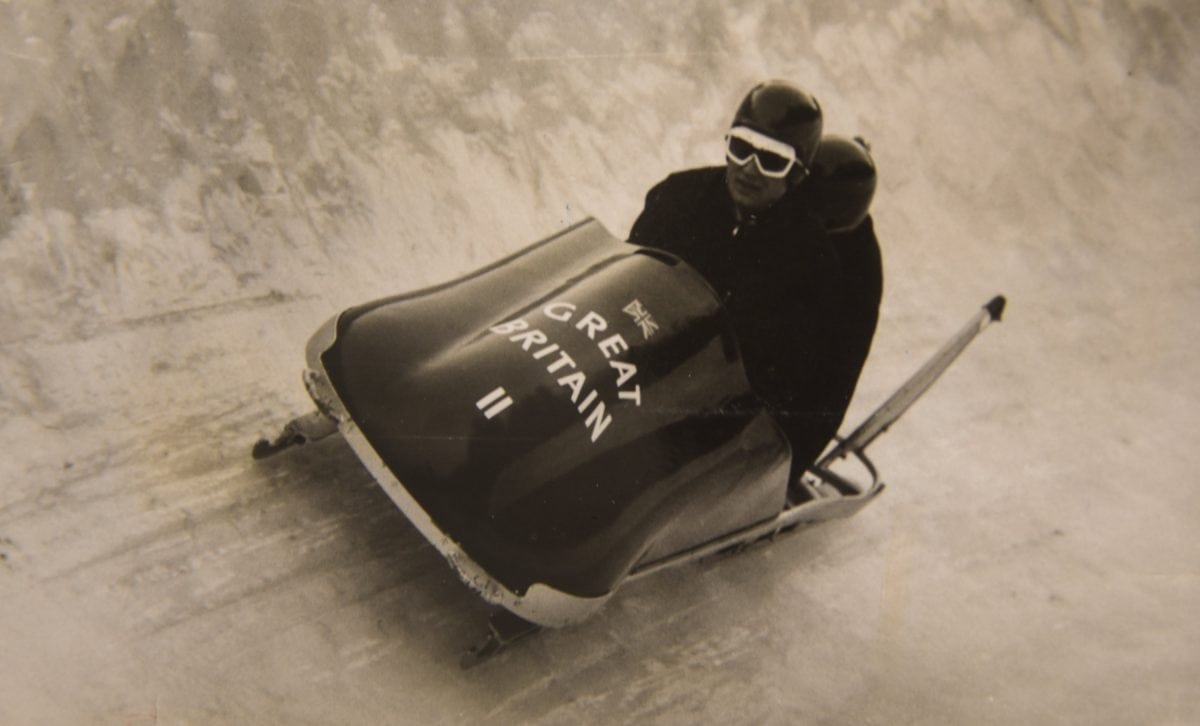 Harrow-educated Bruce hosted a group of schoolgirls from County Durham at his track – including Mica McNeill, eight years ago.

The schoolgirls had never tried the sport before but he spotted Mica’s skills and arranged for her to go have a go on a real ice track in Austria.

“I could tell she was a good athlete but at that stage I didn’t know if she was brave enough,” he recalled.

“I asked her if she wanted to have a go on a ice and she said ‘I’d give absolutely anything’. The rest is history.”

Bruce has been director and chairman of the British Bobsleigh Association, and is now an honorary vice president of the group.

He last hurtled down a professional-level track in Igls, Austria, in March last year – but admits he wouldn’t trust himself to steer or brake.

“I haven’t met anyone who is my age still doing it,” said Bruce.

“I can’t say for sure if I’m the oldest to bobsleigh because even I can’t look back to 1904.

“When bobsleigh was in its infancy they went very slowly but even then I can’t imagine many 84-year-olds would be giving it a go.”

Mr Ropner was awarded an OBE in 2013 for establishing the British team which became the world’s best at the Youth Winter Olympics in 2012.

He continues to help raise money and support for the British Bobsleigh Youth Futures group, to support the next generation of winter athletes.