A “legendary” Big Issue seller has thanked the people of his home city after a crowdfunding campaign raised £7,000 to buy him a van to call home. Jeff Knight is a well-known face in the centre of Bristol, where he has handed out the popular street newspaper for 21 years. Despite living rough, he is […] 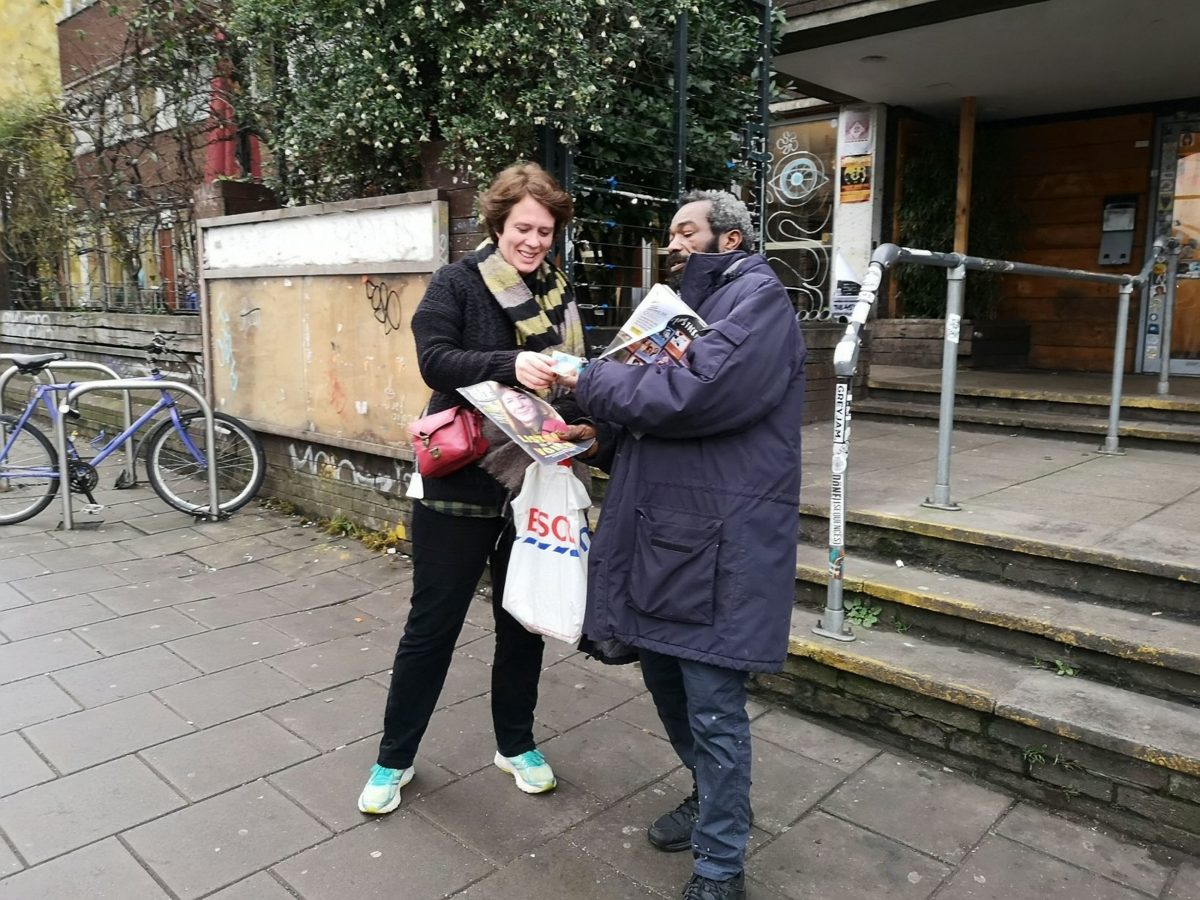 A “legendary” Big Issue seller has thanked the people of his home city after a crowdfunding campaign raised £7,000 to buy him a van to call home.

Jeff Knight is a well-known face in the centre of Bristol, where he has handed out the popular street newspaper for 21 years.

Despite living rough, he is one of the happiest people on the city’s streets – giving fist-bumps, compliments and hugs to passers-by.

But now over 500 admirers have clubbed together to buy him the best present imaginable – a new home.

Jamaican-born Jeff has wholeheartedly thanked the people of Bristol for all their help.

He said: “It’s just amazing and I want to thank everyone who has made this happen.

“Money is important but this is more than money – this is love, and there isn’t anything more important than that.”

Jeff, who was handed the keys to his van on Saturday, added: “I’m in my van now and I’m happy.

“It just makes me feel good having somewhere warm to go at the end of the day.

“Now every morning I get up and say ‘Yes! I’m indoors and I’m safe’. Sometimes when you’re sleeping rough, people aren’t very nice when they walk past.

“A few months back someone threw some booze on my sleeping bag at night and it’s not what you need, but now I’m in the van nobody can do that to me.” 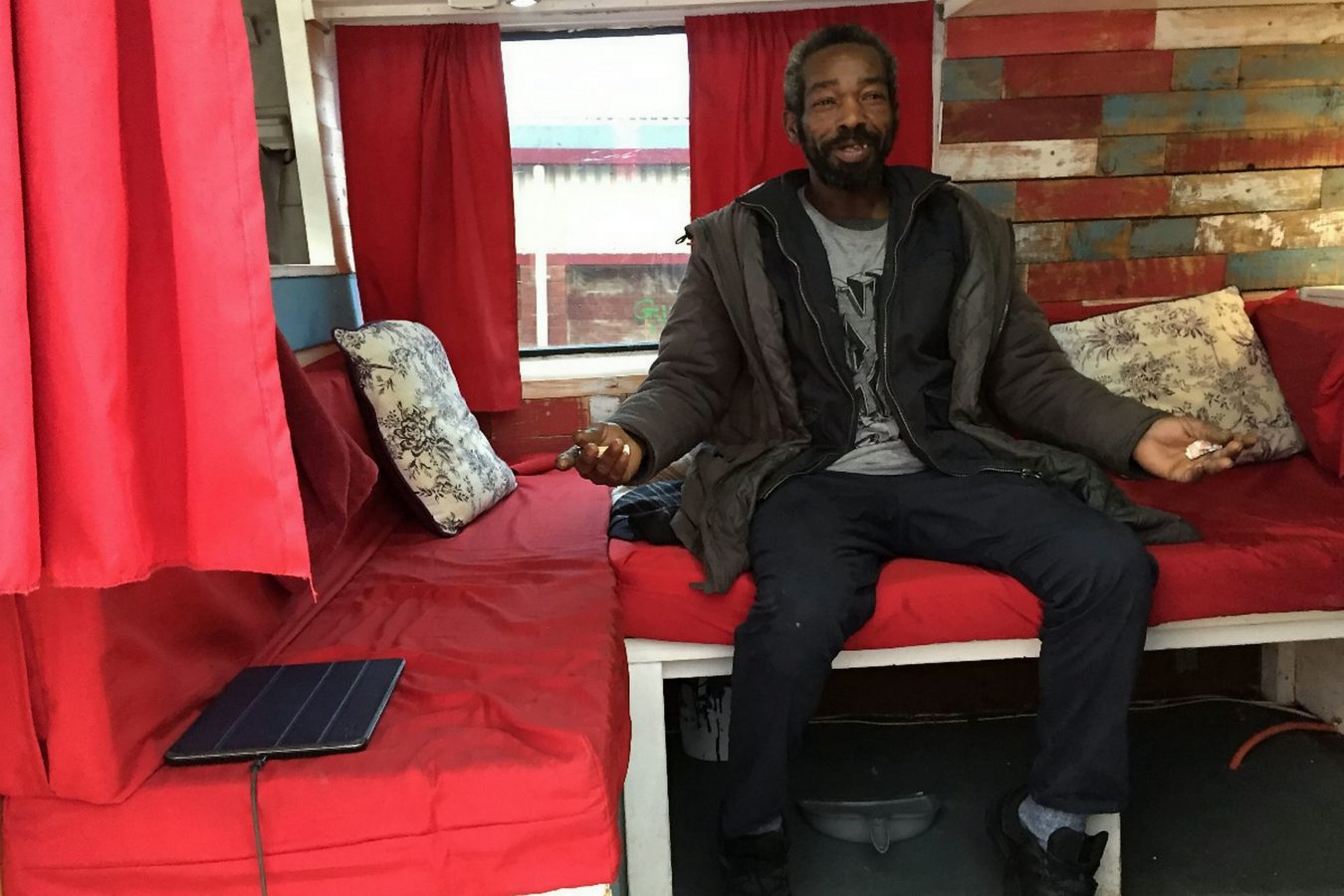 Jeff’s van was bought for £4,750 from Exeter-based Wicked Campers, who sold it at a cut price after hearing the back story.

And Webb Biomass in Tiverton carried out a mechanical and electrical check completely free-of-charge.

So far £7,257 has been raised and the rest of the overall fund will be used for tax, insurance and M.O.Ts to ensure Jeff can live stress-free for the coming years.

Jeff spent his first night in his van, on Saturday, watching television – mainly the History Channel – and says he is looking forward to watching more at the end of his shifts.

He added: “I want to say thank you to everyone and I mean it from the bottom of my heart.

“I love you, Bristol. Thank you for being there for me in the good times and bad times.”

Jeff moved to Bristol from his native Jamaica in 1998, after losing a number of his closest friends in a period of prolonged violence in the country.

Speaking last year, as he celebrated 20 years in Bristol, Jeff said: “I love it here. I love to be around people and I feel free like a bird in the trees when I’m doing it.

“Making other people happy makes me happy, that’s why I’ve been doing this for so long and why I couldn’t imagine doing anything else.

“I’ve been here so long I know the lovely faces of everyone who walks past me and they know me.

“If someone hasn’t seen me for a few days they’ll say ‘Jeff, we were worried about you, where have you been!?’ and it makes me feel special knowing they’re looking out for me.” 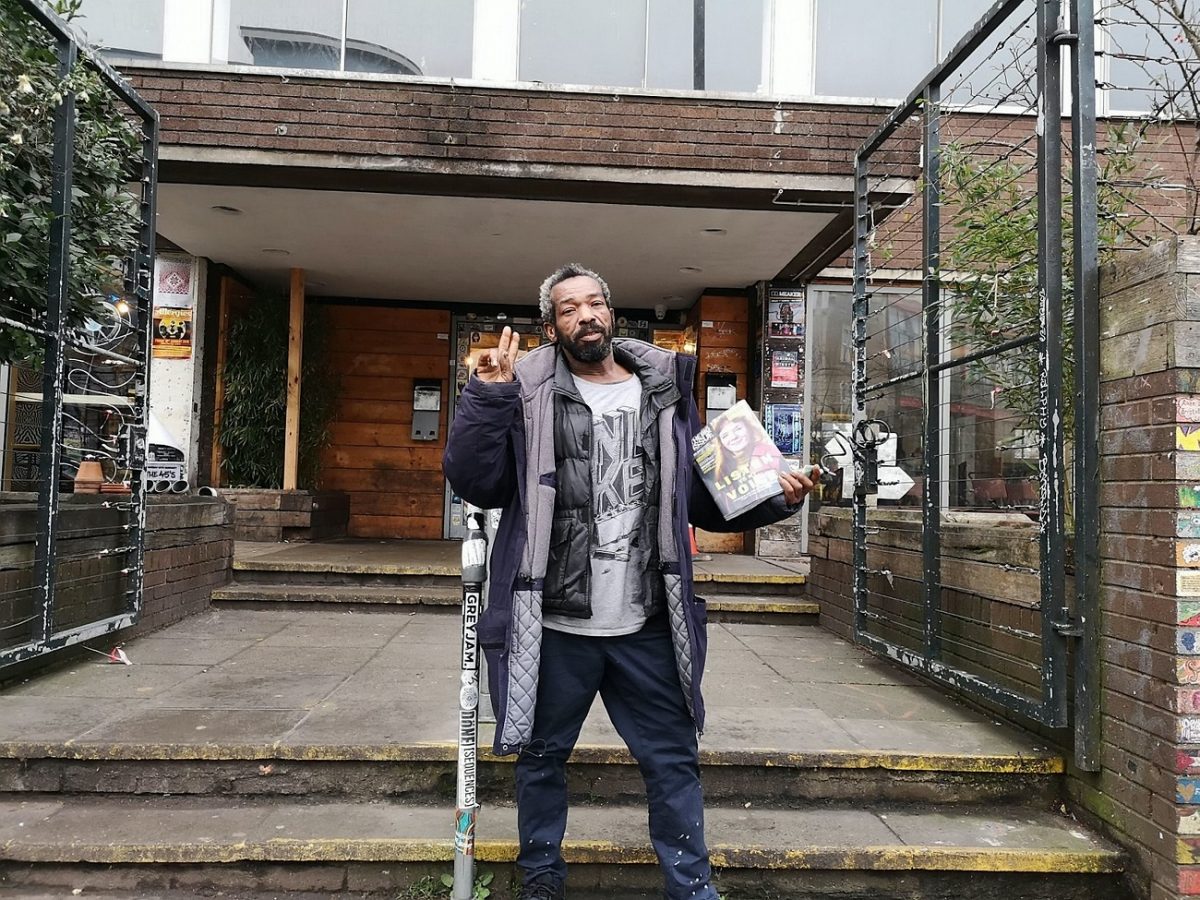 Deasy Bamford, who launched the campaign to buy Jeff’s van, said it has been an “honour” to be involved in giving Jeff a home.

She said she first learned of Jeff’s homelessness as she was cycling home one evening and saw him bedding down for the night.

“I guess I’d never thought about his living situation before and I thought there’s no way that he should be sleeping on the streets,” said Deasy.

“So along with Valerie Glenn, who knows Jeff very well, we had a think about what we could do and decided to raise money for a van.

“I set up the page and thought it might raise about £2,000 at most. But when I returned from Gambia after Christmas it had raised over £5,000 which was amazing to see.

“It snowballed really quickly and I know that Valerie, along with quite a few others, put in a lot of effort to spread the word,” she added.

“The van is really decent and we’re so grateful that it was sold to us at a cut price.

“The whole thing just shows that people want good things to happen to others and they want to come together to make a difference, despite the tough times we live in.

“I want to say a massive thank you to everyone who got behind the campaign.

“It’s been a real honour to part of this Bristol buzz and it’s so nice to see Jeff in his van, he absolutely loves it.”

By Sarah Lumley and Robin Murray