A great-gran who celebrated her 100th birthday says the key to a long life is a packet of PORK SCRATCHINGS a day. Lily Welch swears by the salty pub snack – containing roughly 544 calories per pack – which she is forced to crunch with her set of false teeth. The sprightly centenarian doesn’t drink […] 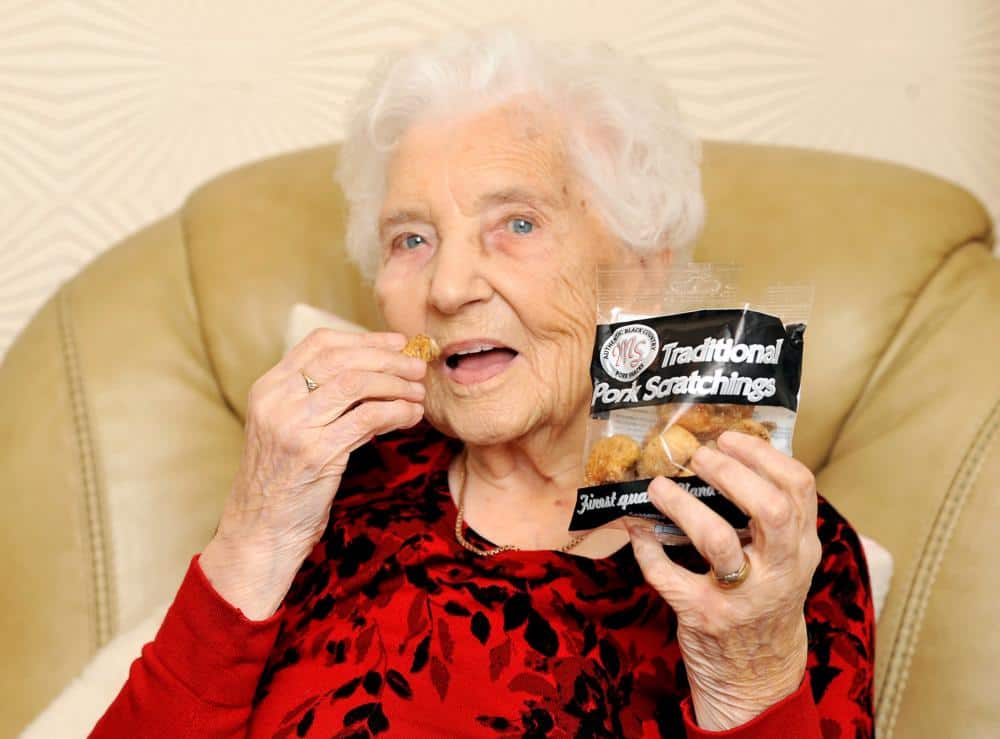 A great-gran who celebrated her 100th birthday says the key to a long life is a packet of PORK SCRATCHINGS a day.

Lily Welch swears by the salty pub snack – containing roughly 544 calories per pack – which she is forced to crunch with her set of false teeth.

The sprightly centenarian doesn’t drink or smoke – and only has one working kidney following an operation in her 80s.

But Lily hails the roasted pig skin as her ‘elixir of life’ – which sees her ration constantly resupplied by her son Bobby Welch, 76, each and every day. 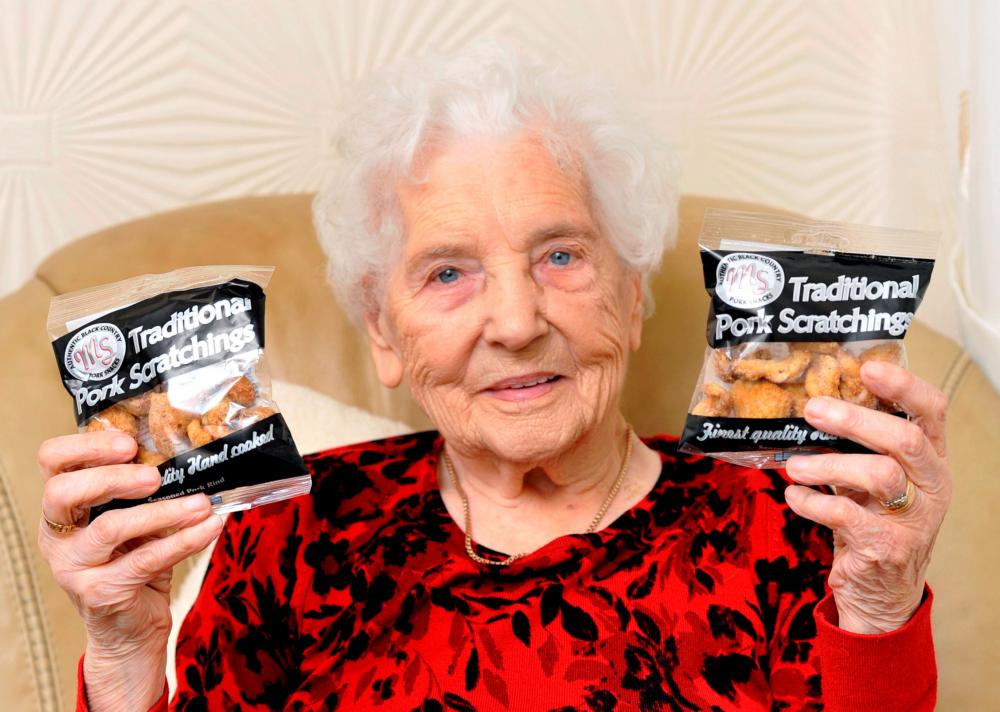 Her daughter-in-law Sheila Welch, 73, who is married to Bobby, said: “She does have a bag of pork scratchings a day – she says she likes it because of the salty flavour.

“Lily sucks on them for ages and then with her fake dentures she cracks them.

“She can’t get enough of them and she swears by them – it’s like her elixir of life – but I don’t know how she does it because I hate them myself.”

Mum-of-one Lily, of Hetton, South Tyneside, added: “I just like the taste of them because I can keep them in my mouth for ages like a sweet – they are delicious.”

She turned 100 yesterday (Mon) and celebrated her birthday milestone in style with not one but two parties.

As well as receiving a card from the Queen, her family get together at her favourite pub on Sunday (Nov 19). 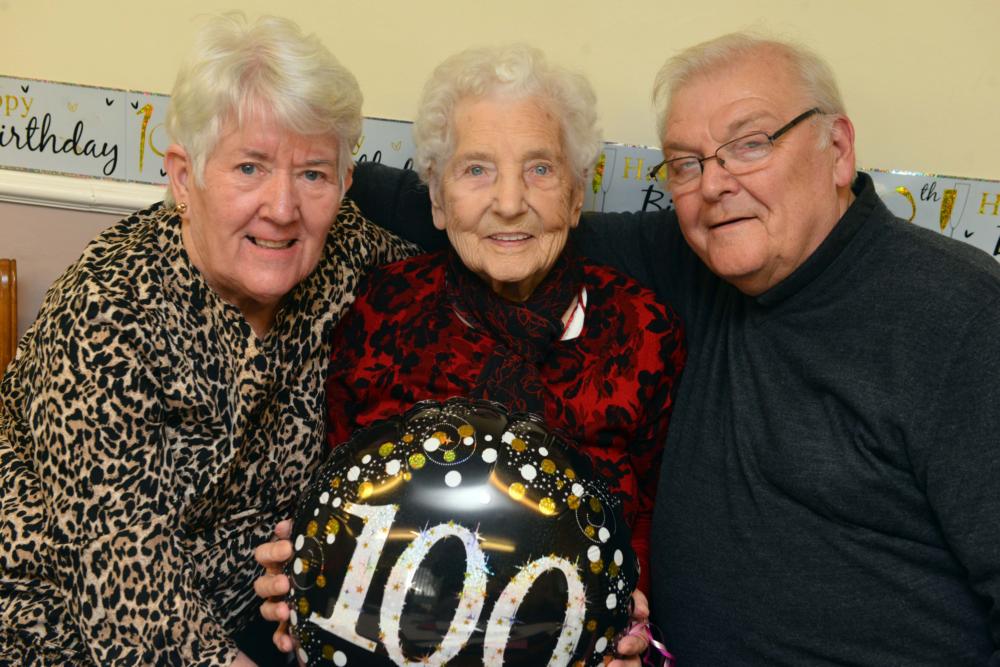 Lily lives independently, but visits a community centre near her home twice a week for bingo sessions – where she’s become ‘a celebrity’ in the community.

Sheila added: “She still lives on her own and doesn’t have carers, but we all live nearby so are always there for her.

“We visit about two to three times a day to see her – she keeps me and Bobby busy anyway.

“She doesn’t drink, doesn’t smoke, but she has to have her bag of pork scratchings a day.”

Lily was born on November 20, 1917 in the small North East village of Hetton and has always remained close to her birthplace. 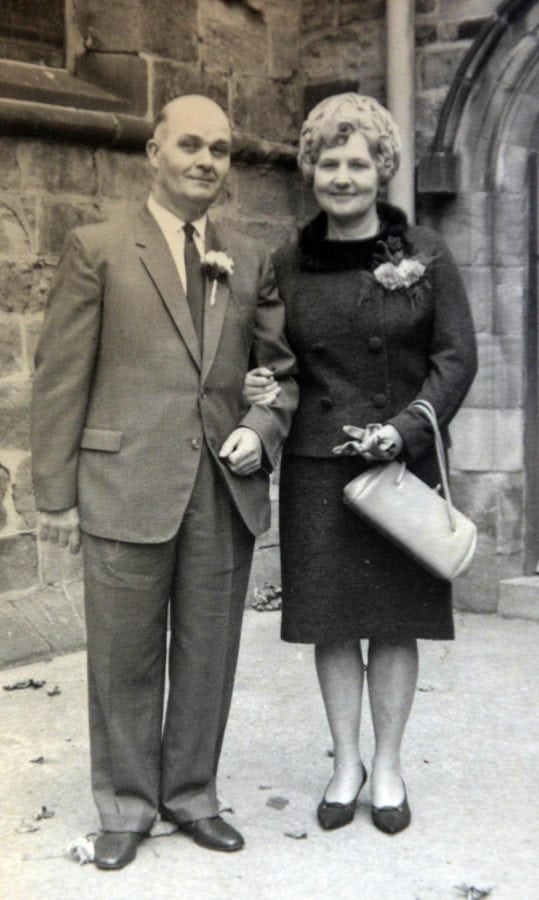 She married hubby Bob Welch in 1941 who died just short the couple’s diamond wedding anniversary in 2001.

Lily said: “I’ve seen lots of changes over the years in Hetton, some not for the better, but it’s still a community and I like having my family around me.”