Research revealed the average adult clocks a whopping 478.3 million steps over a lifetime which tallies up to around 239,148 miles, and with the world’s equator reaching 24,901 miles it’s more than nine and a half laps of the Earth. 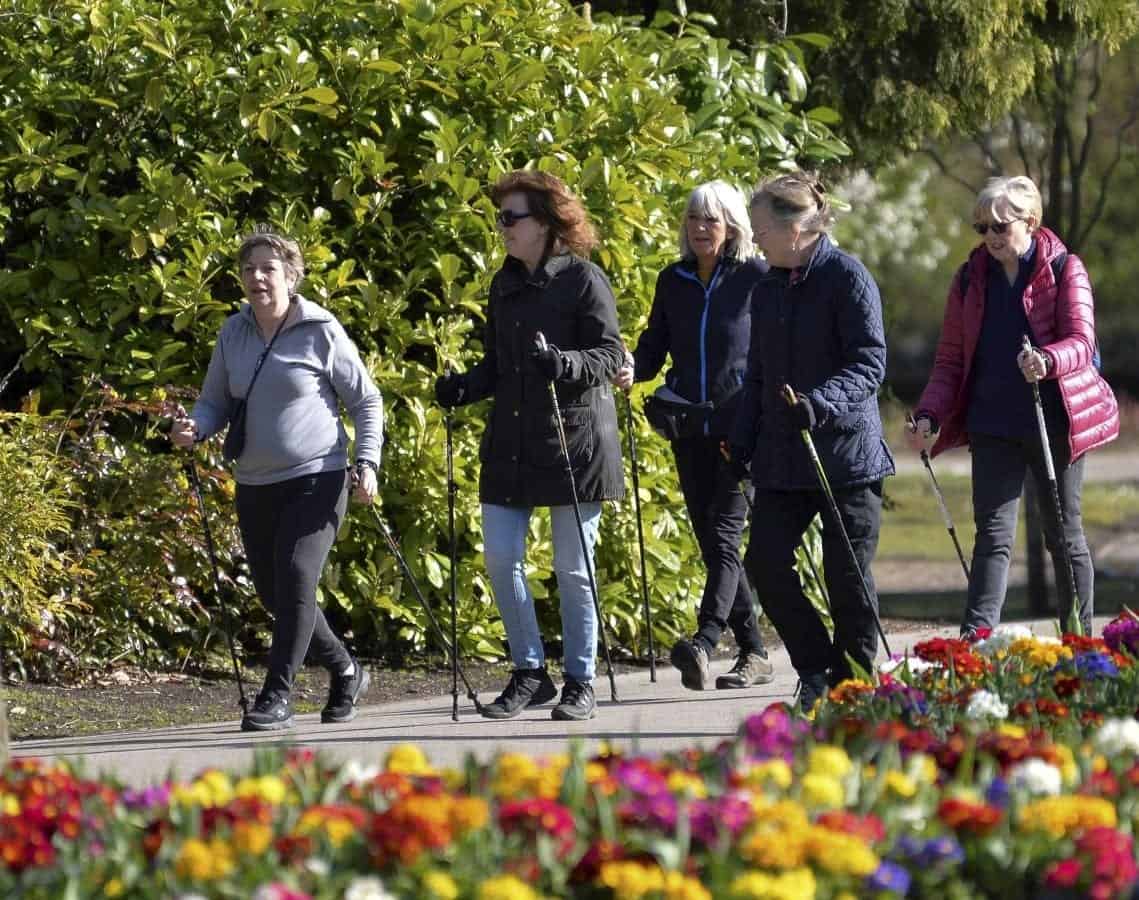 Brits walk the equivalent of nine-and-a-half times around the world during their adult lifetime, a study has found.

The average adult clocks a whopping 478.3 million steps over a lifetime which tallies up to around 239,148 miles, the same distance as a gentle stroll – to the moon.

The study which looked at the state of Britain’s step-counts found the typical adult spends 18 hours and 40 minutes on their feet during the week.

Those working in hospitality and retail roles clock up more miles than the rest of us reaching a whopping four hours and 20 minutes during an average weekday.

The study by footcare brand, Scholl, also found more than a quarter of the 2,000 adults surveyed reported having a job which leaves their feet sore.

One in four even said their aches and pains have resulted in them being unable to do other things they enjoy.

And one in 10 have left an event or work early from tired feet, with an equal number snapping at someone because it’s put them in a bad mood.

Fourteen per cent have cancelled gym plans and a fifth have attempted to soothe the pain with a product or treatment.

Tom Haywood, of Scholl, said: “It’s incredible to see the number of miles the average Brit clocks up over a lifetime – and even more so when you consider the extra miles our nurses, policeman and retail workers must cover being on their feet all day.

”Only a fifth of those that took part in our survey have tried to use a product or treatment to relieve their tired, achy feet.

Researchers also found women walk an additional 11,466 miles more than men, making their way through 63 additional pairs of shoes over a lifetime.

Those working in hospitality and events management clock up the most mileage, coming in at an additional 45,765 miles in a lifetime, and burning through a whopping 740 pairs of socks.

Half of the Brits surveyed revealed they get home from the end of a day with tired feet and can’t wait to take off their shoes, with nearly a fifth blaming their journey on foot to and from public transport.

Nearly a third of respondents said the soles of their feet ache because they haven’t had a chance to sit down, with one in four stating their job is to blame.

Despite this, the study found more than half of Brits wished they had more time to walk for pleasure with nine in 10 saying they enjoy walking, according to the OnePoll.com study.

More than a third prefer to walk at a leisurely pace and take in their surroundings, whereas more than a quarter would rather power walk their way from A to B as briskly as possible.

With a love for regular rambling, one in four admit to monitoring their daily step count, with FitBits and in-built phone health apps the top choices to track their movement.

To kick-start the #FeetOfTheNation campaign, Scholl has partnered with two-time Olympic gold medalist Jade Jones MBE to meet the faces behind the feet. 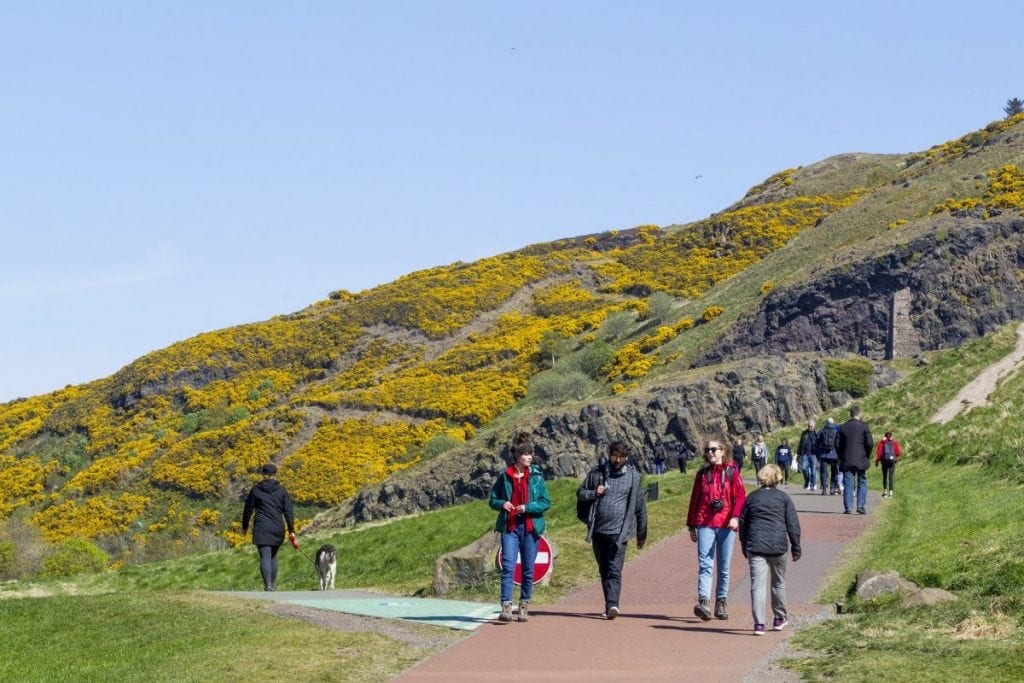 Jade shadowed some of the nation’s hardest working heroes – from a nurse to a chef, and mum working multiple jobs – to discover how being on their feet all day impacts their well-being and personal lives.

And learning about the sacrifices they make to keep the rest of the country up and on its feet.

Jade Jones said: “As an athlete, my ability to perform naturally depends on me being in peak physical condition.

“With an intense training schedule, my feet can take a bashing and I’m often too tired to make the most of any free time, so when Scholl challenged me to walk in the shoes of some of the UK’s hardest working feet for a day, I jumped at the chance.

“I discovered how the nation puts their feet through the paces of a working day and the impact this has on the rest of their lives and believe Scholl can really make a difference.”

Tom Haywood added: ”Our new campaign aims to give back to the nation’s hardest working feet, by supporting everyday heroes so they can be more comfortable on their feet. 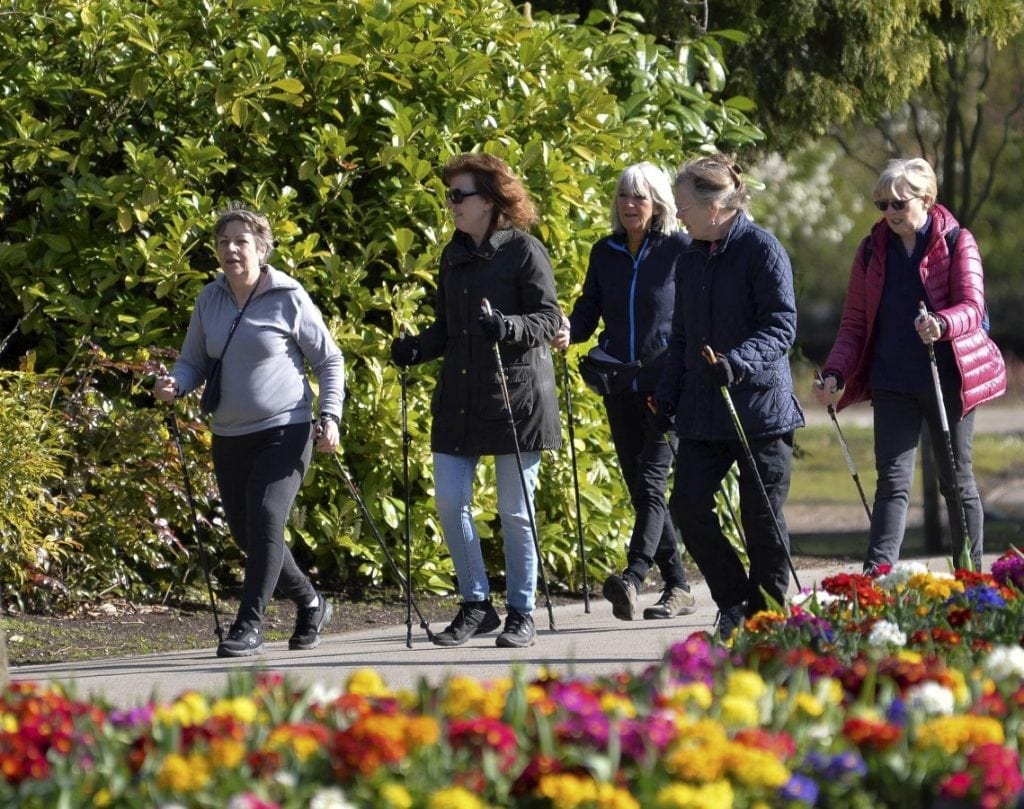 “We hope that seeing the amount of stress we put our feet through will encourage Brits to give their feet the support they deserve – after all, if you’re going to walk the equivalent of nine and a half times around the world, you might as well do it in comfort.

“We want people to realise that in the same way you wouldn’t just ignore a headache, you should take action to deal with your foot fatigue.”

The top 10 job sectors which spend the most time on their feet:
1. Hospitality and events management
2. Retail
3. Healthcare
4. Engineering and manufacturing
5. Property and construction
6. Teaching and education
7. Charity and voluntary work
8. Transport and logistics
9. Information technology
10. Business, consulting & management