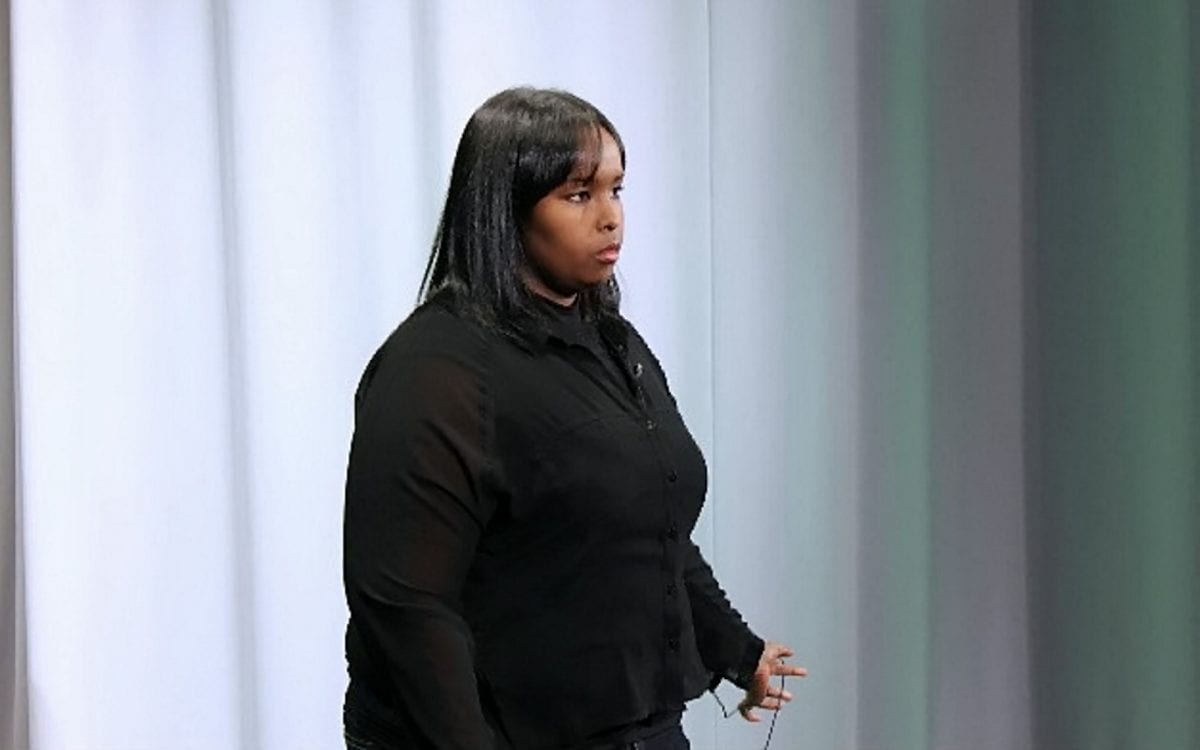 A woman who lost over seven stone says smoking WEED helped her shed the pounds.

Ayan Ikra claimed that puffing on two joints a day allowed her to reach her target weight of 11 and a half stone in just over two years.

At her heaviest, the administrator, 28, tipped the scales at 19st 2lbs and had spent ten years trying to lose weight on more conventional diets.

But it was only when Ayan started smoking weed regularly that she gained the motivation to eat healthily and exercise three times a week.

She didn’t enjoy working out before but said hitting the gym while stoned made the time fly by more quickly.

She has now shrunk down to a svelte US size 10 and smokes daily to maintain her figure.

Ayan, from Toronto, Canada, said: “I had been struggling to lose weight for a decade. I was always big. My mum called me big-boned when I was growing up. 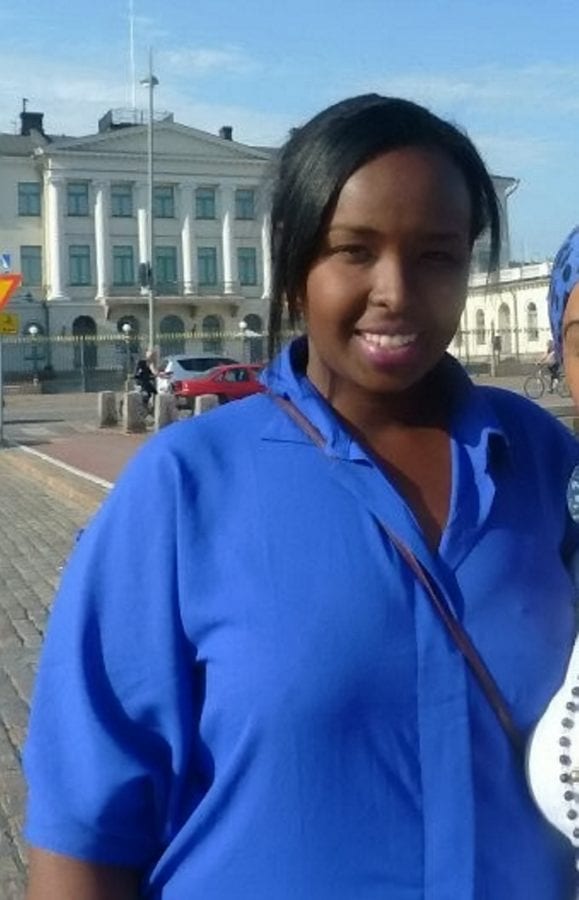 But she fell into a diet-and-binge pattern where she would stick to a rigid regime for a month and then fall off the wagon spectacularly, reaching for calorie-laden burgers, pizzas and nutella sandwiches.

She said: “I was always trying to work out. I’d start for a month or two and then I’d fall off the wagon. I wasn’t seeing the results.

“I tried the Jenny Craig diet, the Atkins regime and I even only ate vegetables for a time. But none of them ever stuck.

“I would work out for an hour but the next day I’d have a binge and eat fast food.”

In February 2015, Ayan decided to see if her love of marijuana could help her lose weight.

She said: “I hit on the idea of using weed. I have always liked smoking weed. I had my first joint when I was 19.

“It gave me a clear head and allowed me to envision what I wanted. 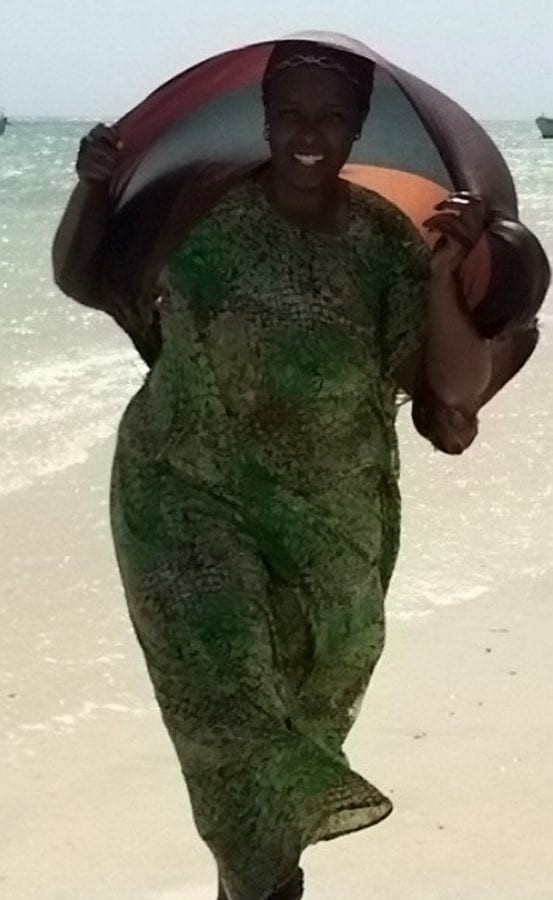 “So instead of just smoking socially, I decided to incorporate it into my diet regime.

“I began smoking two joint a day. I started working out after I smoked. I’d go to an exercise class or clamber onto a treadmill.

“I would work out for an hour but it doesn’t feel that long when you are high.”

She found a way to combat the “munchies”, the sudden hunger that pot-smokers feel after indulging in the drug.

She said: “I would always smoke right before dinner or lunch and when the munchies hit, I made sure I had a prepared salad or healthy meal like scrambled eggs and green peppers or a cucumber and spinach salad with lime and salt instead of a fatty dressing.”

Ayan soon noticed the weight fall off her and her confidence soared.

At first, her friends and family were sceptical about her method of weight loss but as they saw the results, they were soon won over.

She said: “My friends obviously knew about it. They were so surprised. They saw me at my heaviest, struggling to go to the gym.

“They were shocked that it did work and of course they were happy for me.”

By June 2017, she had reached her target weight of 11 and a half stone and she could easily slip into a US size 10.

She said: “I’ve noticed more attention from the other sex. I get catcalled on the street and a couple of times guys have asked me out on the street.. 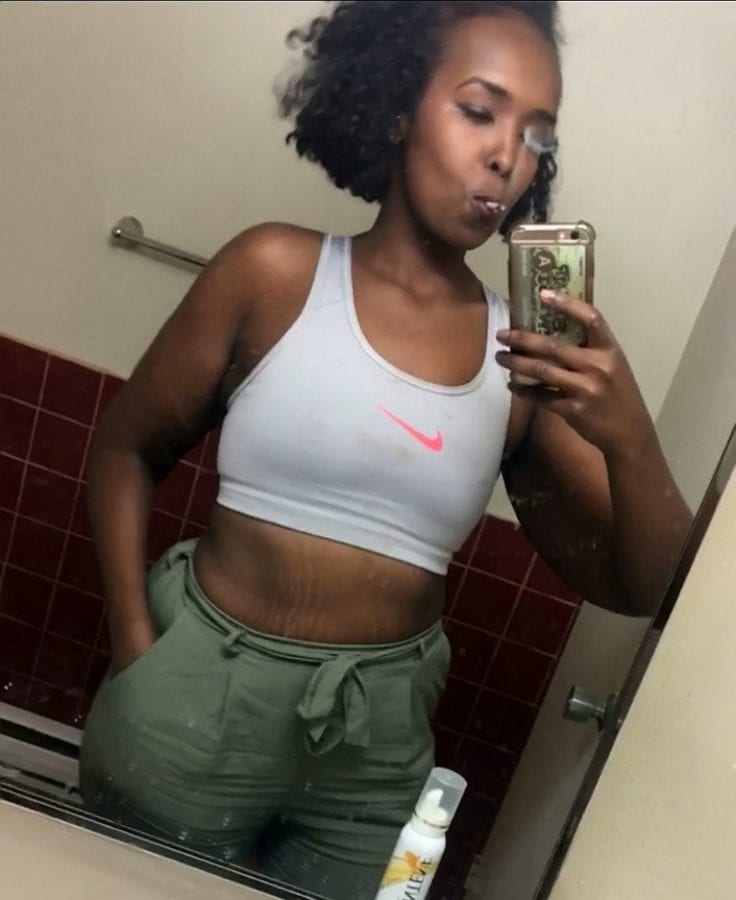 “People are much nicer to skinnier people. I get better service. People come up to me and say that I could be a model.”

Last month, recreational use of marijuana became legal in Canada but Ayan said there is still a stigma around smoking pot.

She wanted to reveal the details of her diet to showcase the positives of weed.

She said: “I went from being obese to being slim. I know that marijuana gets a bad rep but it has helped me.

“I am smoking weed daily and I’m happy with that. I hate the stigma around it. I want to show that smoking weed can help you lose weight.”