By Joey Tyson It’s just finished lashing it down and a fantastic pink sunset is beginning to seep across the sky above Hampstead Heath. As I traipse soggily through the park, a series of bizarre blips and beeps suddenly erupts into the damp air. Forgetting about my wet feet for moment, I focus on the strange […] 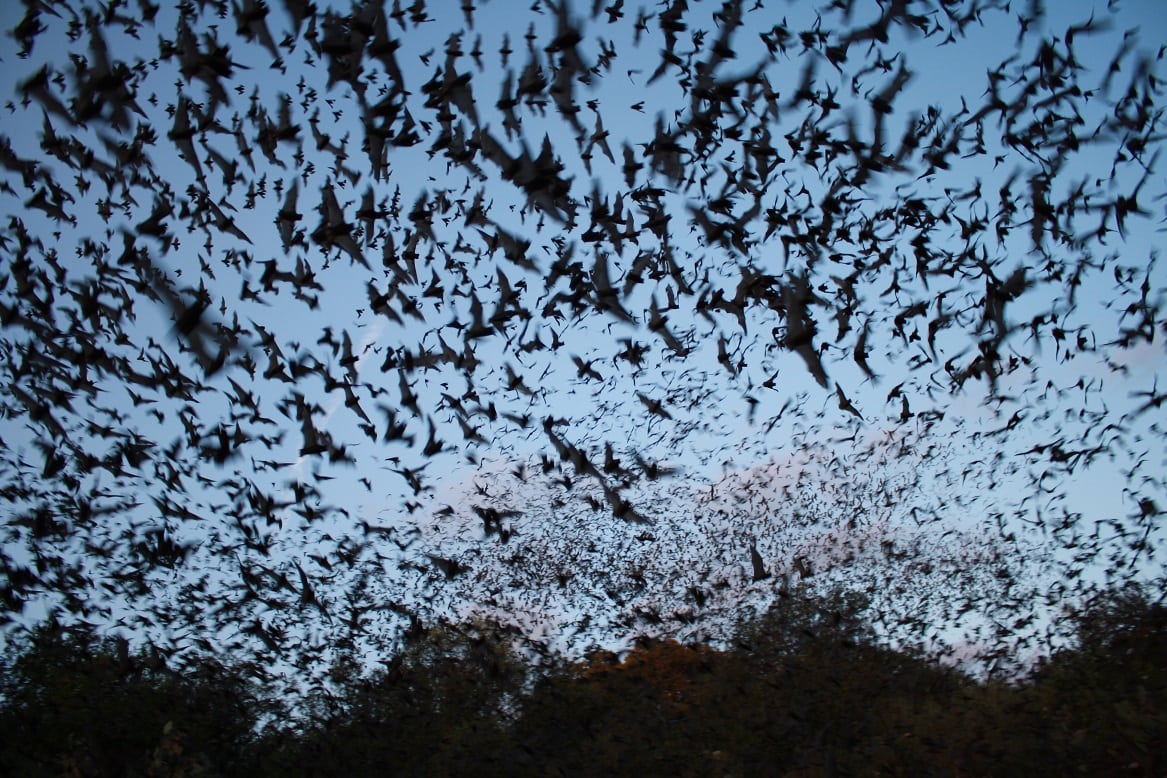 It’s just finished lashing it down and a fantastic pink sunset is beginning to seep across the sky above Hampstead Heath. As I traipse soggily through the park, a series of bizarre blips and beeps suddenly erupts into the damp air. Forgetting about my wet feet for moment, I focus on the strange sound.

The tempo gathers pace, and the beeps start to get faster and louder. The noise swirls into a curiously rhythmic beat, building into a sound that’s almost funky. As quickly as it began, the otherworldly music moves towards its frenetic crescendo and abruptly stops. A short raspberry signals the end of the song. It’s not the sound of experimental electronica I’m hearing however, but the ultrasonic symphony of a bat on the hunt.

“That last noise is called the ‘feeding buzz’, which signals that the bat has found its prey,” explains our guide Ollie, a City of London parks officer and leader of tonight’s bat walk. The bat treating us to this natural dance party is a Noctule bat, the largest type in Britain and one of eight species recorded here on the Heath. 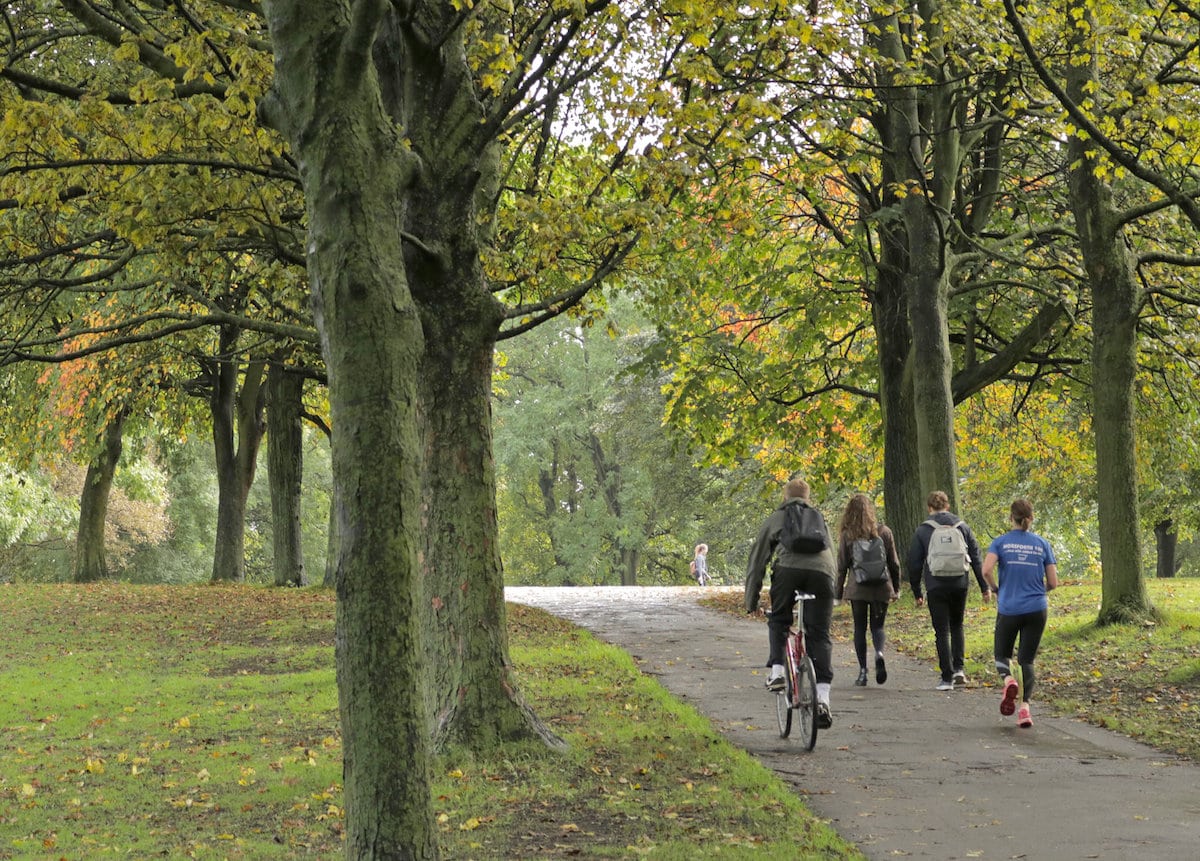 Despite their elusive nature, bats are absolutely everywhere. In fact, they make up a staggering one fifth of all the world’s mammals. Overall, there are 1,300 different species, the largest of which has a scarcely believable wingspan of 1.7 metres. Tonight though, we’re after just four, much smaller creatures: Pipistrelles, Daubenton’s, Brown long-eared bats, and Noctules.

“All UK bats hunt by ultrasound, which the human ear cannot detect,” Ollie tells us. To tackle that, we’ve been given bat detectors; little, black handheld devices that receive and re-tune the high pitched echolocation calls to a frequency that humans can hear.

Bat walks like this one have been taking place across north London since the late 90s, when Cindy Blaney, City of London Corporation Woodman at Highgate Wood, saw an opportunity to combine guided walks in London’s wild spaces with her passion for conservation and bats.

“I started my job as a woodkeeper in Highgate Wood at the end of 1992 and started leading bat walks in Highgate Wood in the summer of 1999. I had already been introduced to the amazing world of bats by Patty Briggs, a year before I moved to my new house and job in the wood,” she adds. 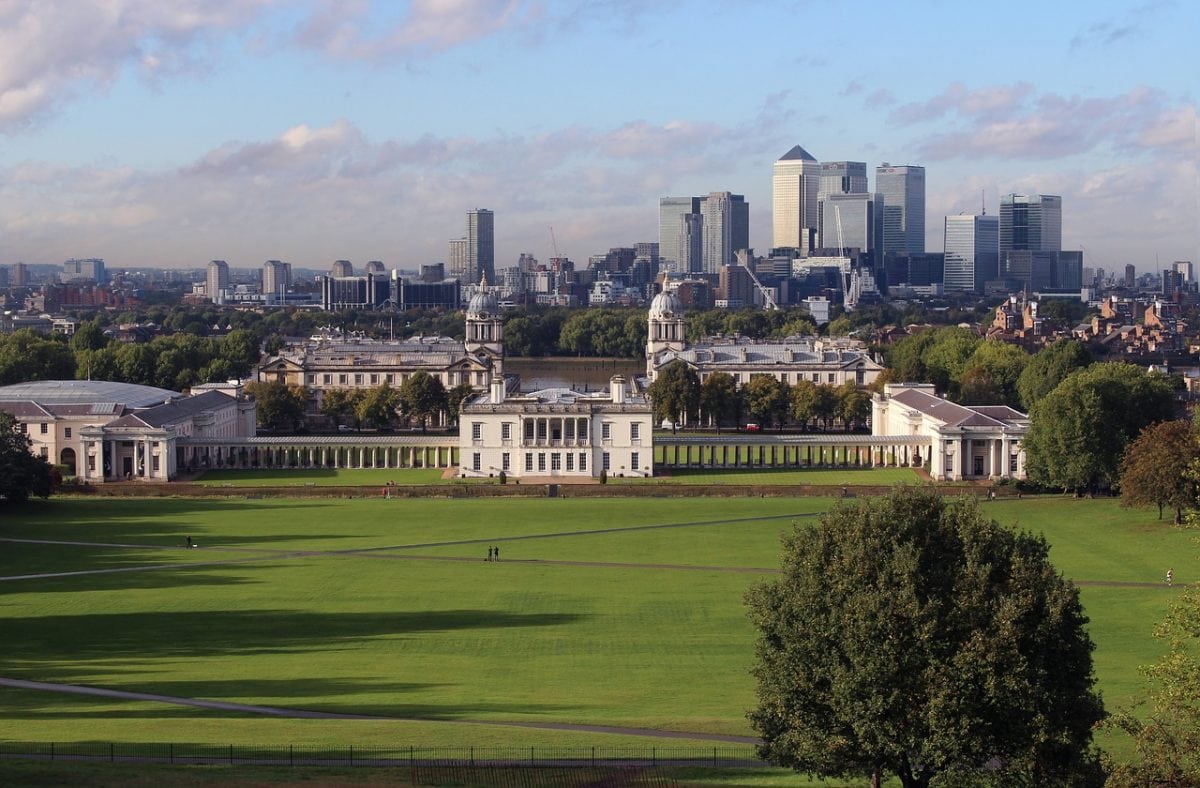 Briggs, a bat expert, trained Cindy to handle the creatures: “Bats are a protected species, so in order to check bat boxes in which bats have been found, a licence from English Nature is required.”

Starting at Parliament Hill Café, the walks begin with a quick lesson on bat behaviour before a two-hour trek around the Heath. Our large group of about 20 people confirms that the walks have become incredibly popular with Londoners and visitors. Walks are often sold out weeks in advance, with so many keen to see and hear London’s bat population in the wild.

“I think bat walks are popular with Londoners because it is fun to go out to wild places at night and bats are cool creatures,” says Cindy.

There’s also something inherently bizarre and intriguing about these odd animals. “All kids seem to love them and they intrigue the scientist and naturalist side of most adults. They are the only mammal to have evolved true flight, and they have been around for at least 50 million years,” she adds.

Hampstead Heath at night is about as wild as London gets; an oasis of darkness in the city covered in dense forest, it’s the perfect environment for bats to thrive in. 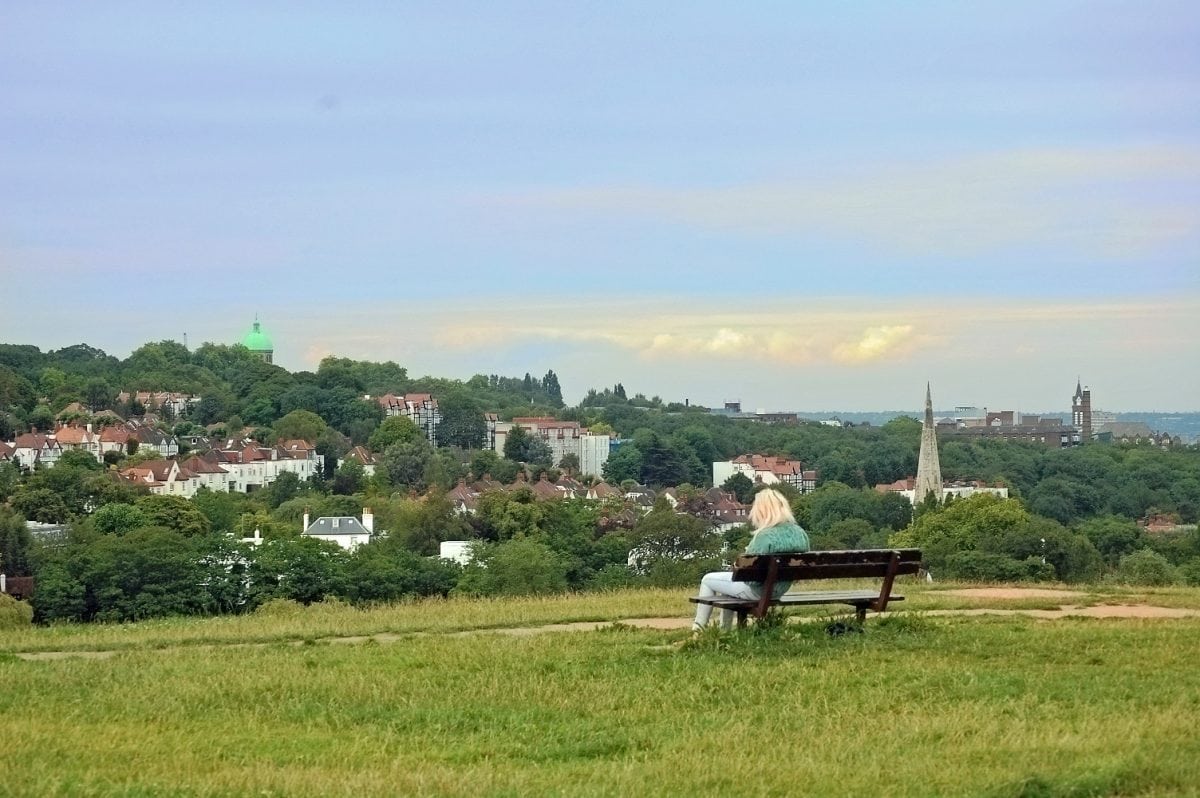 Seeing bats in full flight is particularly exciting. So small and nimble, bats can swoop by, inches from your head before instantly changing direction and flapping off. The proximity is no accident, either. The sophisticated sonar bats use to hunt also allows them to map out their surroundings – they know exactly where you are and when to take evasive action.

But as a consequence of their nocturnal habits, seeing bats in flight can be tricky. Tonight however, we’re in luck. The night sky is a fiery orange, making the silhouettes of the bats easier to spot as they as they flit and swoop around.

The next bat we’re looking for is the Daubenton’s bat, a short-eared creature that hunts by the water. The group moves on to one of the Heath’s wild ponds and at Ollie’s signal, we switch the frequency on our bat monitors from 20 to 40 kHz. 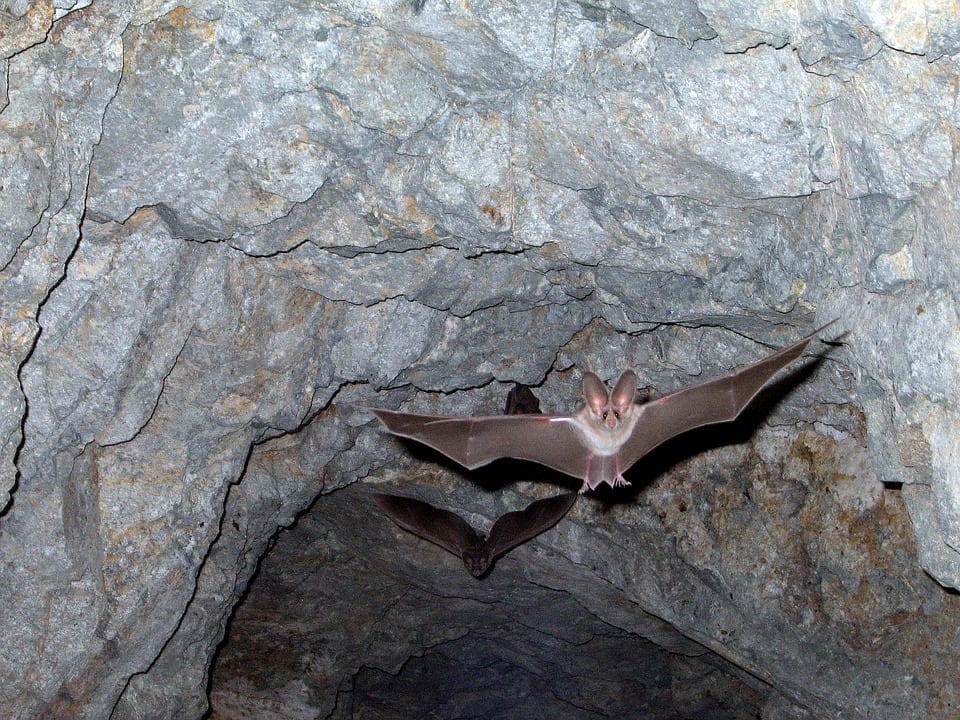 Almost immediately, we hear the bats. Daubenton’s sound completely different to Noctules. It reminds me of the creaking bow of a wooden ship, groaning and struggling against the power of the ocean. Over the water it’s easy to see the bats. Flitting and whirling, they swoop in low, using their tails to scoop up insects from the water’s surface.

“A lot of people think that bats are rodents, but they are actually more closely related to humans,” explains Ollie. In reality, bats make up their own order of mammals called Chiroptera, which literally means “hand wing”. Bats have evolved in such a way that their wings are effectively large, webbed hands with long, flexible fingers. Each finger can be moved independently, giving bats tremendous control and agility.

As Ollie explains the anatomy of these fascinating creatures, the bats demonstrate their incredible agility with an air show over the pond. Flitting and darting across the water, six or seven bats now dance across the sky.

It’s remarkable to see them weave and twist, fluttering by one moment then jerking suddenly downwards in a steep dive to catch an insect. One bat swoops in for the kill, dipping ever so slightly into the surface of the water before gliding off into the darkness. The group, captivated into silence, watches as the bats’ strange song grows fainter until it gently fades out completely.

This bat walk was arranged courtesy of City of London. Walks cost £7.

Bat walks will start again in July. For more information, visit the City of London site.