In the popular imagination, the first thing that happens after a wedding is a honeymoon. The happy couple rides off into the sunset in a car adorned with a ‘JUST MARRIED’ banner, and pretty much gets dropped off at the airport, ready to fly away and lounge on a beach. In reality, that banner-clad car […] 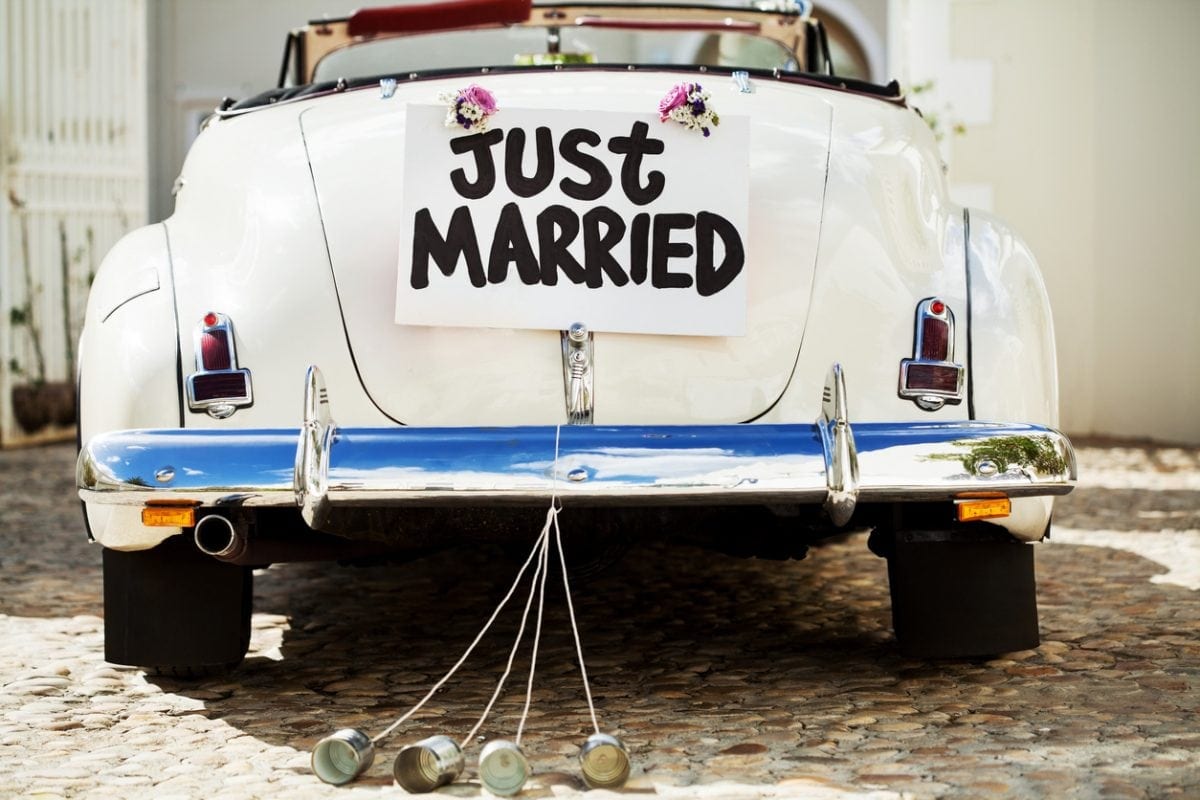 In the popular imagination, the first thing that happens after a wedding is a honeymoon. The happy couple rides off into the sunset in a car adorned with a ‘JUST MARRIED’ banner, and pretty much gets dropped off at the airport, ready to fly away and lounge on a beach.

In reality, that banner-clad car journey is now far more likely to take newlyweds straight home. A new survey found that young couples are spending money that would traditionally have gone on a honeymoon — cash wedding presents and savings — on the much less glamorous pursuit of paying bills. Forget honeymoons, for millennials it’s all about “moneymoons”.

A stress-free start to married life

The average UK adult owes £8,000 in debt, and that doesn’t even include mortgages. A study in 2016 found that one in five 18-24 year-olds were already losing sleep worrying about debt. They owed £3,000 each on average at the time, an amount likely to increase with climbing student loans and interest rates.

With figures like these, it doesn’t take a professional financial advisor to figure out that debt might be preying on young couples’ minds, and that’s before we get to the wedding bills.

Weddings themselves are hardly cheap. Money Savings Expert estimates the average wedding costs a whopping £25,000. That’s not unlikely to be more than a young person’s annual salary. For many couples, though, these prices are more than worth it. As Snapdragon notes, luxury weddings which are “truly unique and memorable”, taking place in obscure venues and often exotic locations are hugely popular at the moment.

The appeal of moneymoons is that they allow newlyweds to assuage some of their financial woes at the outset of their marriages, even if they have just shelled out for the wedding of their dreams.

If you’re more likely to be attending a wedding than you are to be having one of your own, you may still need to have your bank card ready. Tabloids have asked if it is “outrageously rude” for couples to ask for money as a wedding gift, but with debt levels what they are, cold hard cash is far more useful than traditional wedding gifts like a new toaster or some fine china.

Asking for cash gifts ranging from around £50 to £100 is no longer unusual, but, as the tabloid headlines suggest, some guests do take issue with it. Still, a truly successful moneymoon needs all the funds it can get, and those who understand a couple’s circumstances should have no issue helping out.

A tempting alternative to the moneymoon for many indebted couples is to just not get married at all. The money they would have spent on a wedding can instead go directly on bills and repayments.

People prioritising other expensive ventures like buying houses has been suggested as a reason marriages between men and women are at an all-time low. With marriages showing no sign of getting any cheaper, it’s likely this trend will only continue.

Moneymoons, however, are not the only approach young couples have to saving money. Rather than hold weddings and spend gift money or savings on bills, many millennials are skipping weddings entirely and going on group honeymoons. These holidays are likely to cost less than weddings, meaning there will be plenty of money left over for bills afterwards, or even, with any luck, a mortgage deposit.The elephant in the room, of course, is that the very concept of a moneymoon is depressing. The fact that a newlywed couple has so much debt that they can’t partake in the honeymoon tradition, like generations did before them, definitely says something about the state of society. So if things improve, and if debt levels decrease, we won’t have to think about moneymoons at all. And that’s the way it should be.