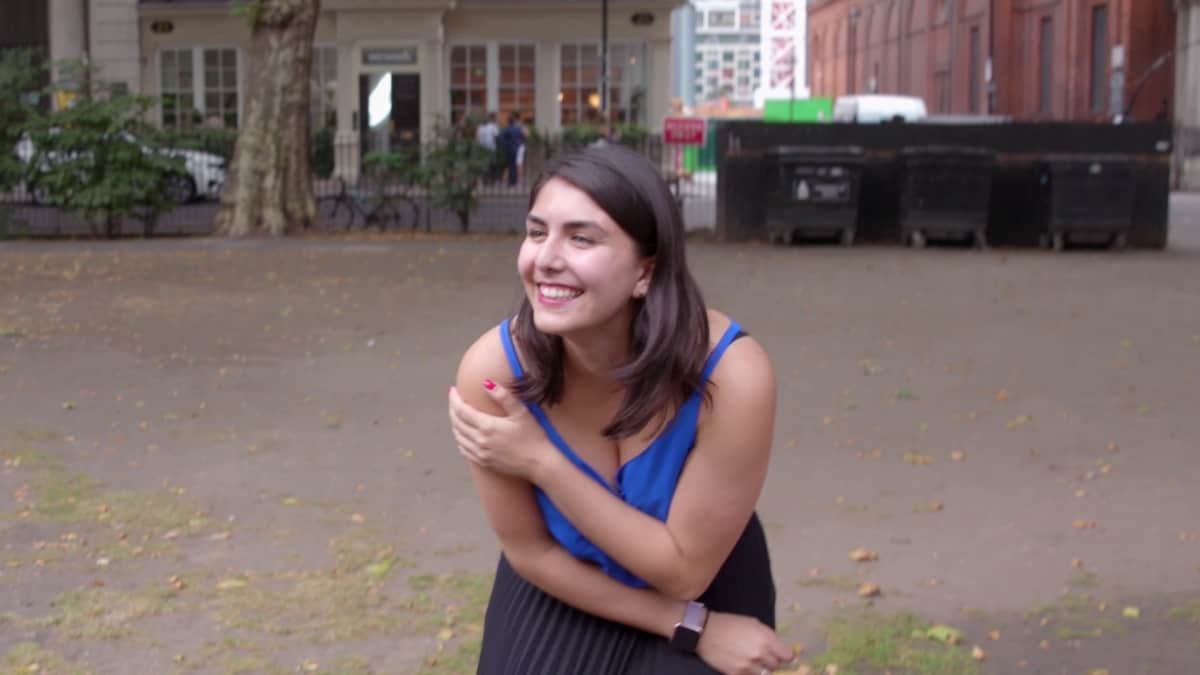 This hilarious video shows five people being hypnotised into thinking they are completely naked.

TV hypnotist Aaron Calvert convinced the volunteers they had lost their clothes in the middle of London’s busy Soho Square Gardens.

The footage shows the subjects entering an altered state of mind to believe they were parading around in the park in just their birthday suit.

First Aaron persuaded the subjects he was naked – then that they were missing their clothes.

Mind-reader Aaron, 27, carried out the experiment for Vision Direct as part of its ‘Go Naked’ campaign, which was created to encourage adults who wear glasses to switch to contact lenses during the summer months.

He said: “It was an incredible experience hypnotising people into thinking they were naked in Soho square.

“The reactions from the participants and the public were absolutely hilarious and so varied. From sheer confusion, through to pure hysterics, even hiding in a bush.

“It’s certainly a fun-filled experience that I won’t be forgetting any time soon. Especially with one of the participants telling me ‘it was a little cold to be nude’. Ah the power of the imagination…

“We laughed, we cried and we managed to keep our clothes on.

“Some people are more prone to being hypnotised than others. You have to be in a certain mind-frame.”

Victoria Bos, 24, from London, said: “When I realised my clothes were gone, I curled up into a ball and dropped to the floor. I was actually more conscious of showing the world my bottom.

“I don’t know about cooking and cleaning naked, but I don’t want to be in a park naked.

“When Aaron was naked I couldn’t believe it. I didn’t know where to look. Then when he bent over I had to look away. I was like, why is this man naked?”

Stephen Berryman, 34, from London, added: “I was thinking, ‘what will people think of me walking with a man who was naked’. I didn’t want to shake his hand.

“I just wanted to cover Aaron up. It was the strangest feeling being naked in public and not something I would usually ever do.”

To coincide with the stunt Vision Direct carried out a study into nudity and found cooking, gardening and vacuuming are among the things Brits regularly enjoy in the nude.

Research also revealed more than half are completely comfortable walking around naked in their own home.

And one third think nothing of stripping off at the end of the day to have a bite to eat or drink a glass of wine.

Reading the paper, washing up and watching television are also among the activities Brits are happy to do while naked.

Playing video games, listening to music and enjoying a cup of tea also featured in the top 20 list.

The study of 2,000 adults also revealed 11 per cent claim they have at some point driven while naked.

A further 13 per cent have carried out work tasks in a state of undress.

The research also found seven in 10 Brits are completely happy with their partner seeing them naked and 13 per cent don’t even mind their best friend seeing them in the buff.

One third of those questioned by OnePoll.com feel free without their clothes, 15 per cent would feel vulnerable, 14 per cent feel awkward and one in 10 would be embarrassed.

A Vision Direct spokesman said: “This activity has been eye-opening. Watching the reactions of both the volunteers undergoing hypnotism and the general public walking by, were just brilliant.

“There was a real sense of fear, embarrassment and awkwardness from the volunteers, who genuinely believed what they were being told.

“But this is nakedness in public, which would be understandably embarrassing for anyone – when it comes to being naked in the home, it would seem Brits are more than happy to strip off.”