Living with cancer can affect people in ways they didn’t expect and aren’t prepared for, and for many men, handling the emotional burden of the disease can be really hard. For many men, traditional roles and responsibilities like having a successful career, or providing for the family are important aspects of their identity – aspects […] 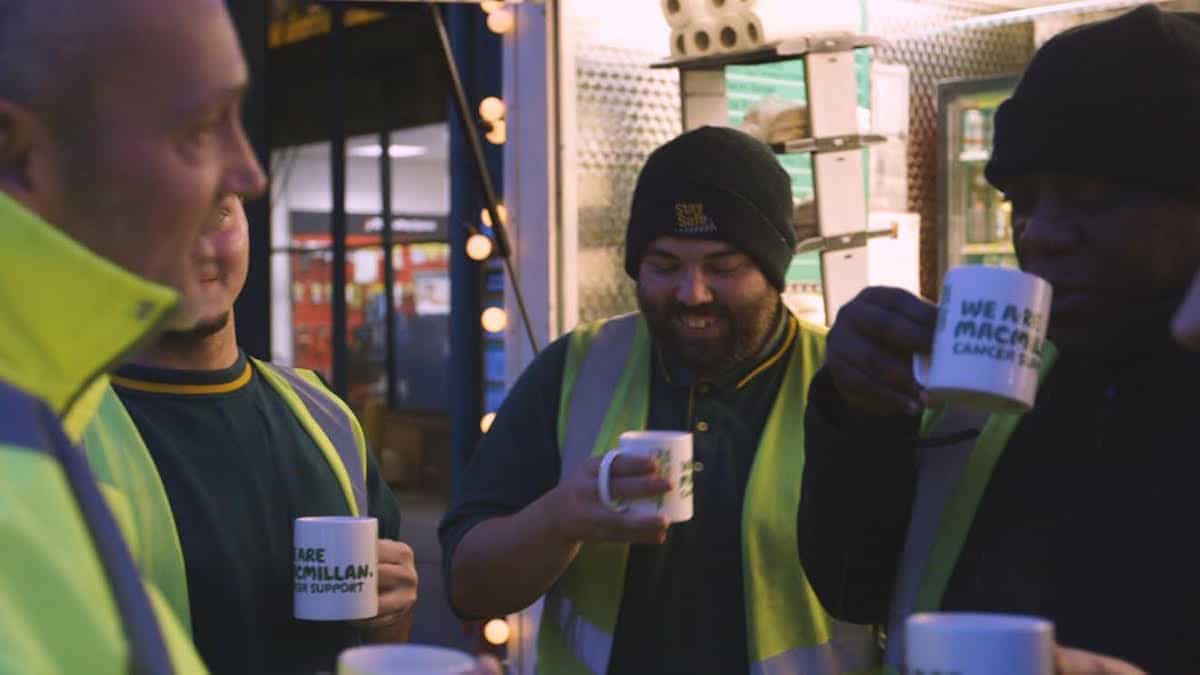 Living with cancer can affect people in ways they didn’t expect and aren’t prepared for, and for many men, handling the emotional burden of the disease can be really hard.

For many men, traditional roles and responsibilities like having a successful career, or providing for the family are important aspects of their identity – aspects a cancer diagnosis can take away either temporarily, or permanently. New research from Macmillan Cancer Support shows just how hard this can be, with one in six men living with cancer (17%) saying they feel like less of a man since they were diagnosed, and one in four (25%) reporting feelings of depression.

The research also shows that hundreds of thousands of men are suffering in silence, with almost half (49%) of men with cancer who are in a relationship, and keeping their feelings and emotions private from their spouses and partners.

To help men who are struggling to cope with the disease, Macmillan have launched a new campaign with six companies from the construction sector: Benchmarx Kitchens & Joinery, ISG, Selco Builders Warehouse, Topps Tiles, Travis Perkins, and Wolseley UK. Through this campaign, Macmillan hopes to reach and empower men from the sector and beyond to take control of their health and seek the support they need.

We spoke to five men from the construction industry who are supporting the campaign and who give their own advice on how best to cope with cancer.

“Try not to be too macho about it and don’t bottle up how you are feeling. I found that talking to Macmillan was really helpful. Talking to a total stranger about what you are going through might sound strange, but you are able to be more in touch with your feelings. You don’t feel like you are being judged as the person you were before, it’s almost like a clean slate.”

“I found that surrounding myself with positive and active people really helped me. I tried to focus on what mattered most, and less on things that made no real or positive contribution to my life. I also tried to stay in shape and go to the gym as much as possible leading up to my operation and again after my operation. I wanted to be as fit and healthy as possible because I thought that would help with my recovery.”

“I always try to be open with my friends, family and colleagues, I don’t think bottling stuff up helps. I’ve found humour is a really good way of dealing with conversations about my cancer and often make jokes about having one ball. I think it stops people treating you differently as it’s a subject that it’s very easy to be embarrassed by.”

“I think having goals and working towards them has helped me, I’m training for the London Marathon again in 2018 and having something to focus on certainly keeps me optimistic. I know I couldn’t do this alone and it’s important to be open and honest with those around you, letting them know how you’re feeling is incredibly important. People genuinely want to help, but they can only help if you let them in. That would be my advice – chose your support network and use it.”

“Don’t allow yourself to be stereotyped and don’t presume you need to be in a constant state of male toughness. You don’t. I tried my best to be tough and positive around my daughters but even then that wasn’t always possible. There were times when they saw their Dad as they had never seen him before, vulnerable, depressed and unable at times to be anything like the Dad they were used to. So give in to your emotions as and when they happen, be that good, bad or indifferent. Keep your family close by. They were a huge part of my journey and a reason for striving to get through it.”

Life with cancer is still your life and Macmillan is there to help you live it. If you want information or just to chat, call 0808 808 00 00 (Monday to Friday, 9am–8pm) or visit www.macmillan.org.uk

For more information and to find out more about Macmillan’s campaign with the construction sector visit www.macmillan.org.uk/saytheword