Set atop the White Cliffs of Dover with panoramic views of the Channel, the Bluebird Cafe boasts the best cafe view in the country. And now it’s up for sale. The historical building, which was built in the 1920s, has gone up for sale with an eyewatering price tag of £3.5 million! But you won’t just […] 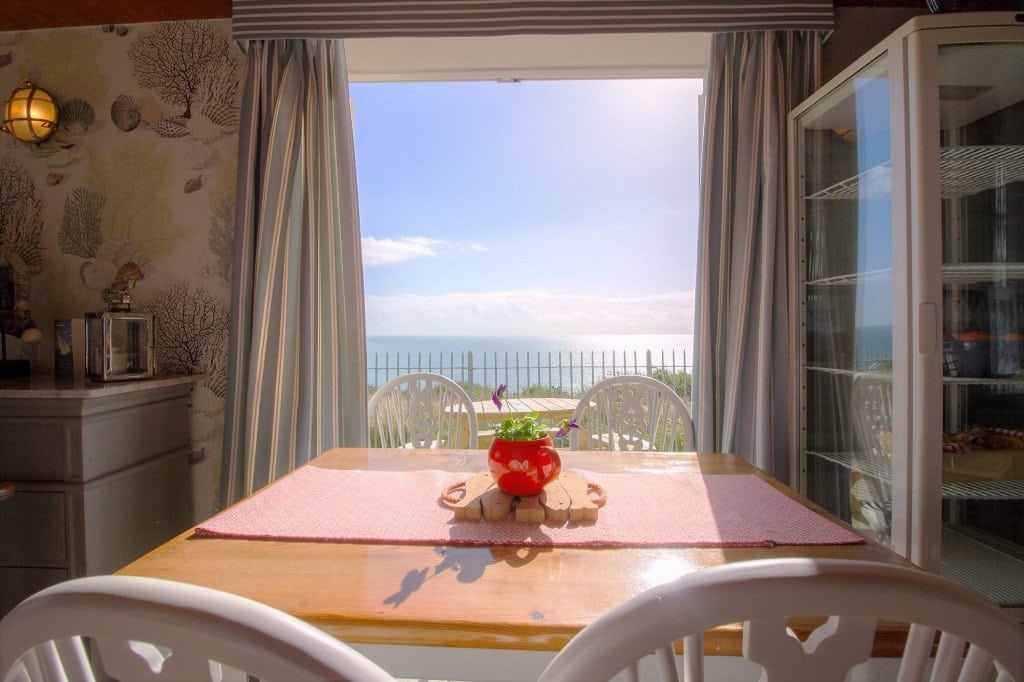 Set atop the White Cliffs of Dover with panoramic views of the Channel, the Bluebird Cafe boasts the best cafe view in the country. And now it’s up for sale.

The historical building, which was built in the 1920s, has gone up for sale with an eyewatering price tag of £3.5 million! But you won’t just be buying into the view, you’ll be purchasing a colourful history too.

The cafe played a key part in World War Two, and its secret cellar housed a Magnetron radar device which protected the country from Nazi invasion. Sir Winston Churchill visited the secret underground bunker twice during the war, and Prince Charles made a trip there in 1979. It was also previously a coastguard station, before being converted into a tearooms in the 1990s. “And being named after Vera Lynn’s inspirational song makes the Blue Birds’ link with our wartime history all the more poignant.”

According to the agent, the property’s particulars reveals the history. The land along the cliff tops around St Margaret’s was for several generations part of Lord Granville’s estates, and was passed on to the Ministry of War in 1914 with two huts erected and used as a signal station during and after The Great War. The Obelisk monument adjacent was erected in 1921 (together with two others – one on the opposite side of the Channel atop Cap Blanc Nez and the other in New York Harbour) as a tribute to sailors of the Dover Patrol who lost their lives during the hostilities. In the late 1920s the signal huts were replaced by a purpose-built brick Coastguard lookout. With war again looming, however, the significance of the site prompted the building of an underground operations room, 35ft below the building, with two anti-aircraft guns sited to the rear.

Throughout World War Two, the lookout played a significant part in the defence of the country, it’s position near Hellfire Corner being central to the Battle of Britain. After the war, the building became a coastguard station, before a new multi-million-pound station was built nearer to Dover in 1994 and the station was put up for sale. Sandy and Mary Wallace are the current vendors who had to dig out rubble which filled in a passageway which led to two staircases, a bunker and an escape passage into the back garden.

Sandy said: “The bunker had been stripped out and all I found down there was a tin hat. I’ve since hung a photo of Winston Churchill on the wall as a reminder of his two secret wartime visits there to see the Magnetron in operation.

“To think that the pilots he called ‘The Few’ fought dogfights with the Luftwaffe directly in front of our café is inspiring. And the fact that they were victorious is largely down to what was hidden here.

“Spitfires still fly past regularly, accompanied by aviation fans photographing them from helicopters. But the best sight of them is to be had from the Blue Birds terrace.”

Mary added: “Having turned what was a wreck into rather lovely tearooms, and made so many friends through visitors staying there, it is going to be a sad day when we sell up.

“But we are retiring and it’s time someone else inherited the best view in Britain.”