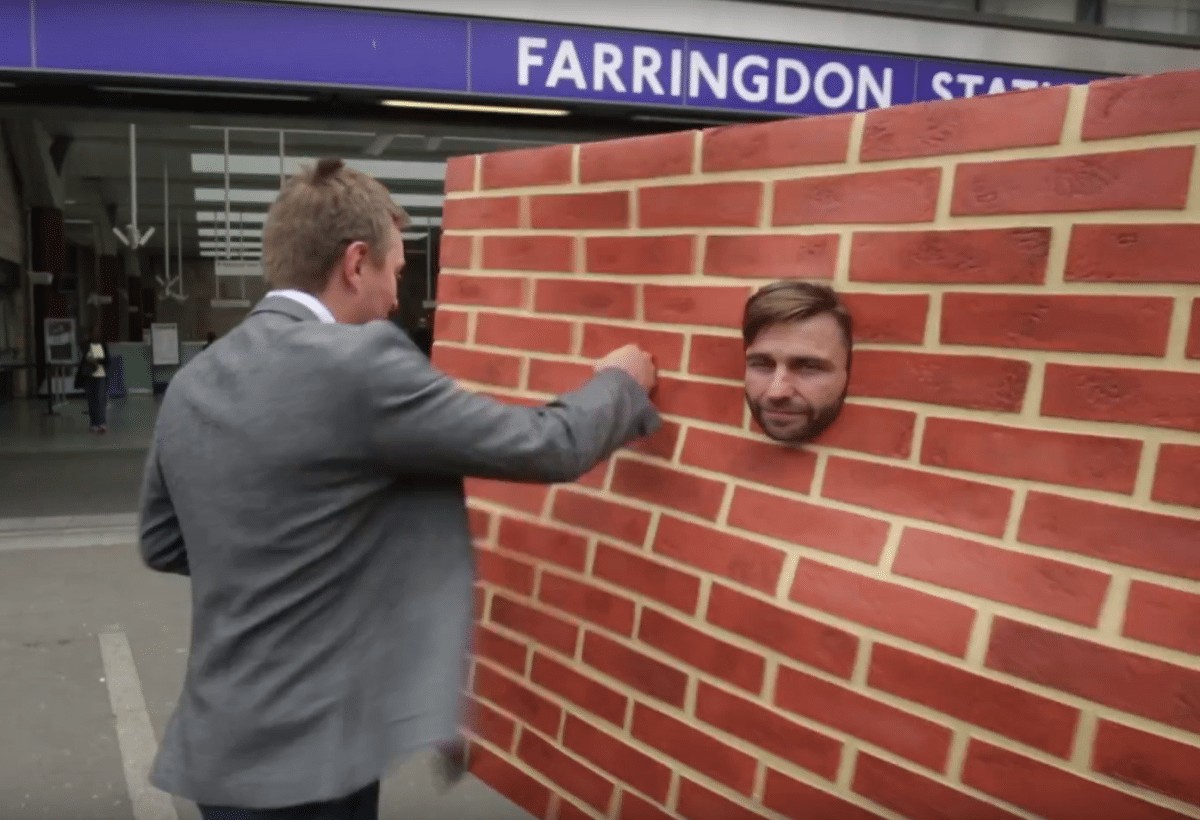 A walking wall has been spotted trudging around London inviting people to throw blows at it to symbolise the time workers ‘hit the wall’.

A survey of 2,000 workers revealed that 2.22pm is the moment when the post-lunch slump is most likely to kick in, triggering a lull in concentration and productivity.

Warm working environments, not enough sleep the night before and the sheer volume of their workloads emerged as the most common reasons for the slump. Dehydration and eating too much at lunch were also found to contribute to British workers ‘hitting the wall’ in the afternoon.

Chris Arrigoni, Director and Co-Founder of Get More Vitamin Drinks which commissioned the study, said: “Your working environment really will contribute to your productivity.

“So it maybe isn’t too much of a surprise that a warm office sends many workers into a downward spiral after they’ve eaten their lunch. However it’s also down to diet. If you don’t eat properly at lunch and don’t keep yourself hydrated then you’re sure to lost concentration as the afternoon rolls on. If you can make sure you’re drinking enough liquids then you’ll feel more awake and ready to tackle your workload.”