More than two-thirds of Brits now prefer mod-cons to traditional cleaning apparatus, with 57 per cent saying they find mops unhygienic. 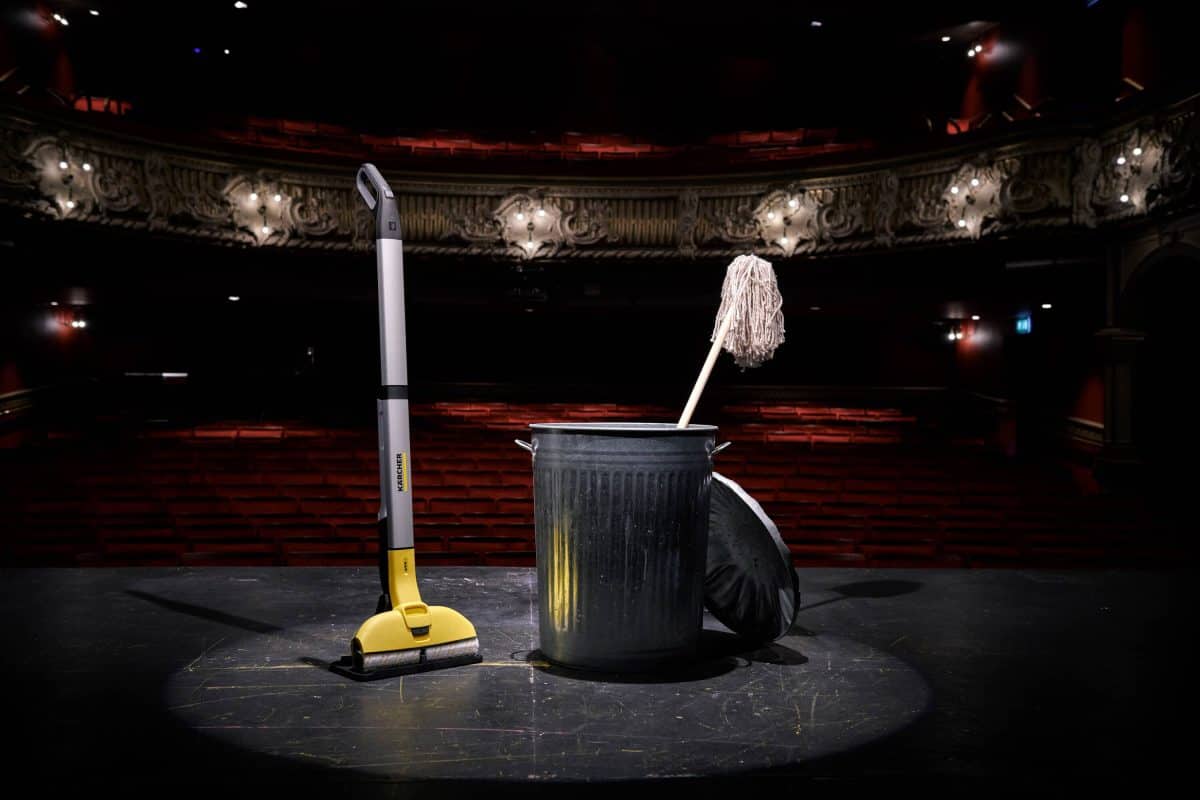 The traditional household mop has ‘kicked the bucket’ according to research, as modern technology prevails.

More than two-thirds of Brits now prefer mod-cons to traditional cleaning apparatus, with 57 per cent saying they find mops unhygienic.

Thirty-nine per cent of Brits also said they find the mop and bucket the most difficult method for cleaning hard floors, ahead of the vacuum and steam cleaner.

Just one in ten would now use a dustpan and brush to clean their floors.

In light of the research, Kärcher has invited cleaning experts to Highclere Castle, best known as Downton Abbey, to help bring its domestic chores into the 21st century.

A team led by Samantha Bond (who plays Lady Rosamund in the show) swapped the venue’s traditional mops with the new Cordless Hard Floor Cleaning Range in anticipation of the thousands of fans expected to visit the site ahead of the Downton Abbey film’s launch in September.

Samantha said: “I know every nook and cranny of this wonderful castle so I was happy to welcome Kärcher’s team of cleaners to come and give its hard floors a proper clean.

“Thousands of fans visit this special place each year, so it’s important that we give it a proper Kärcher clean to make sure it’s pristine.

“It’s time for even the grandest of venues to swap the mop for something more effective.”

It’s not just famous landmarks that are pledging to swap the mop this summer.

The iconic Lyric Theatre’s Cinderella will also be swapping out her trusty mop for a state-of-the-art hard floor cleaner in this year’s pantomime, which will kick off in November.

The modern cleaning tool will feature in the production in-place of the mop, as Cinderella completes the daily cleaning tasks set for her by her wicked step-sisters.

Popular cleaning and organisational influencer, This Girl Can Organise, has also pledged to swap the mop and get rid of outdated equipment and will be encouraging her 100,000 fans to join the pledge this weekend.

Jack Sweeney, Marketing Director for Kärcher UK, said: “Whilst we often see ourselves as cleaning experts, it’s great to see the nation come together in wanting to ditch old cleaning technology for new methods.

“Whether it’s everyday people, iconic national landmarks or our most cherished fictional characters, everyone is united in swapping the dirty, bacteria-filled mop for a modern, fresh solution.”