Sleeping bags for children, surely just another gimmick to get more cash out of parents? How wrong I was.  I think this could be the most amazing sleeping bag ever made…  and I want one. My son was lucky enough to test out the Vango Starwalker Junior Dragon sleeping bag for a fun filled ‘night at […]

by Ollie McAninch
in Children and Family, Lifestyle 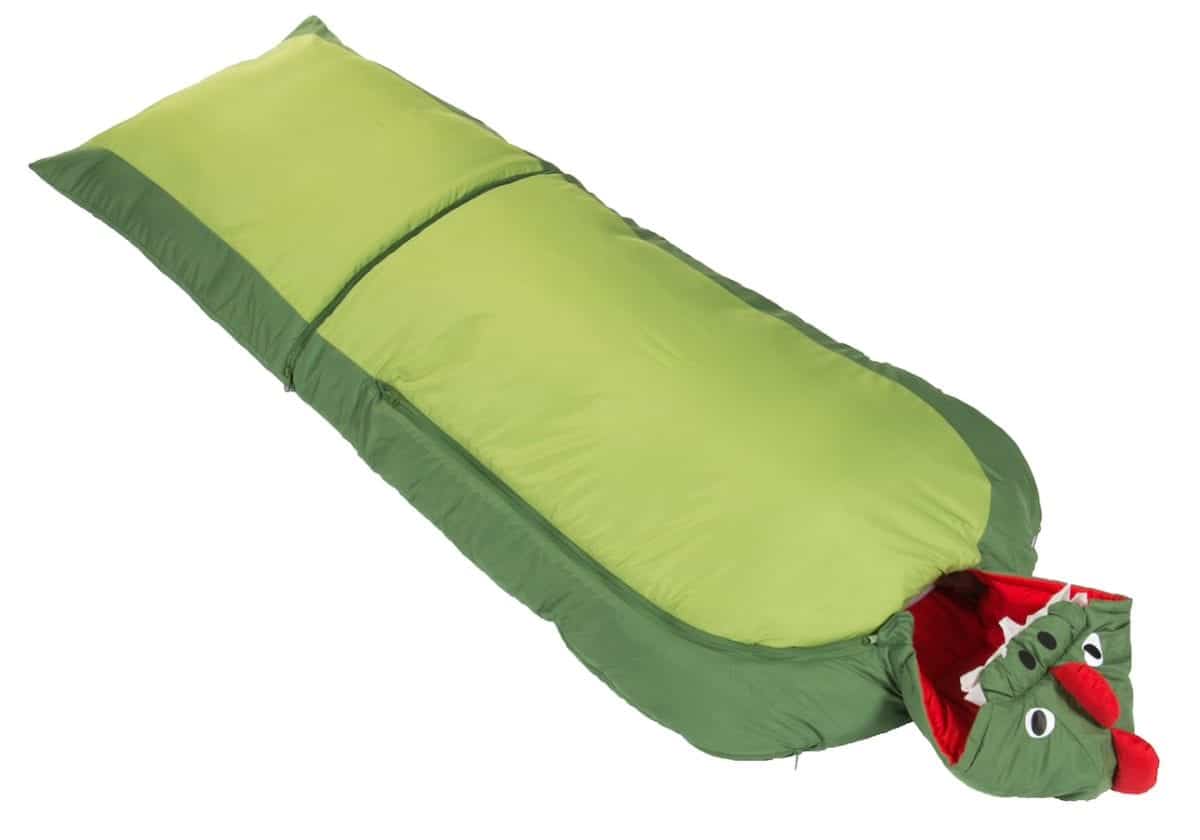 Sleeping bags for children, surely just another gimmick to get more cash out of parents? How wrong I was.  I think this could be the most amazing sleeping bag ever made…  and I want one. 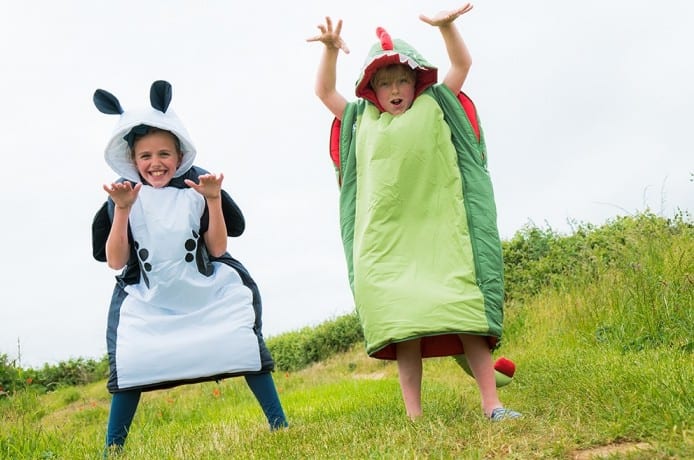 My son was lucky enough to test out the Vango Starwalker Junior Dragon sleeping bag for a fun filled ‘night at the museum’ sleepover. It was a very fitting environment to test a dinosaur-esque sleeping bag.

When it arrived I was struck by how small and portable it was, that’s when the penny dropped, I was absolutely convinced that kids’ sleeping bags were a “luxury item” something that was sweet, but served the exact same purpose as an adult sleep bag.  Then I realised children’s sleeping bags are vital to keeping kids warm while camping; its pretty obvious when you think about it the smaller the sleeping bag the less space that a child’s body has to heat up to keep them warm.  So as long as the quality and function isn’t sacrificed why shouldn’t that sleeping bag be the coolest and fun bag that you can get?

My son was so excited when he unrolled the sleeping bag to basically be confronted by a dinosaur fancy dress costume; I have never seen his fingers work a zip so quickly.

What differentiates this from other sleeping bags is that the bottom and shoulders can be unzipped, Transformer style, to allow the bag to transform into an ‘outfit’.  My son released the beast and he ran around the house make the obligatory roaring noises for a good 30 minutes.  I was left to explore the bottom end whilst T-Rex terrified the cat. 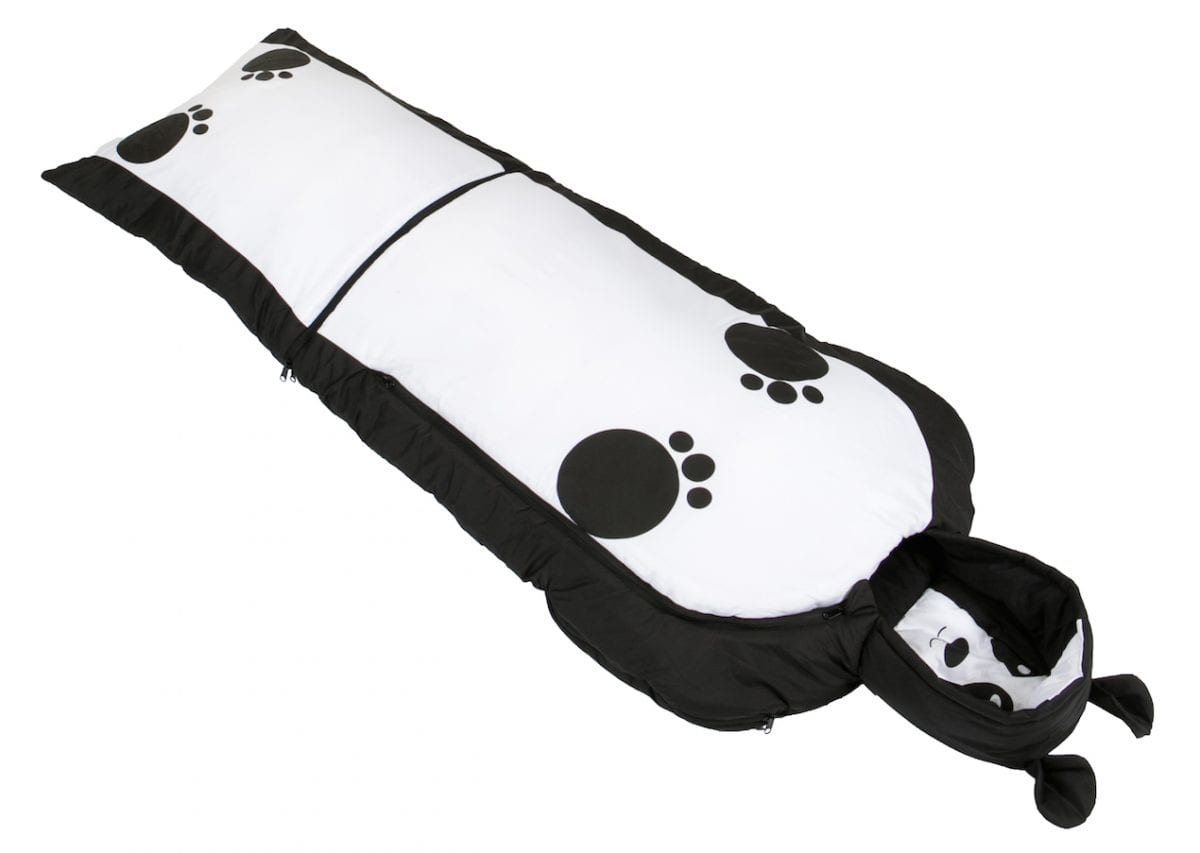 The bag itself is soft and cosy, and the fact that you can unzip the shoulders and bottom is a claustrophobic persons dream (get me an adult version immediately).  When I did finally get the sleep bag back, the quality and attention to detail is clear to see.  Obviously every good dinosaur needs a tail, the fact that this one has a velcro detachable tail is genius, you can lay comfortably without any lumps and bumps.  The fabric is lightweight but warm, more importantly silent – it doesn’t have the shell-suit quality of every sleeping bag from the 1980’s.

The hood is not really necessary for warmth but it is ascetically brilliant!  You can’t be a fully-fledged dinosaur without a hood.
When my little one rocked up to the museum in his sleeping bag (yes wearing it as we arrived) he felt like he was in Jurassic Park and kept telling me, in between roars, how cool it was.

He slept well, as well as can be expected for a bunch of boys in a museum, warm enough and with the freedom of being able to go to the bathroom at night without doing the dash in just his pj’s – yes the bottom was zipped off and he walked there is his bag.

At £47.50 it certainly isn’t the cheapest bag out there, but the fact that you can free your arms and legs so easily is priceless.  If children’s sleeping bags are a gimmick, I’m afraid I am a sucker who fell for this one.  Anything that makes night times under the stars easier, more fun and takes up less room has to be a winner.