Maisie Nash, 22, was determined to finish her degree so that she could then go on to pursue a law conversion course

by Joe Mellor
in Health, Lifestyle, Must Reads 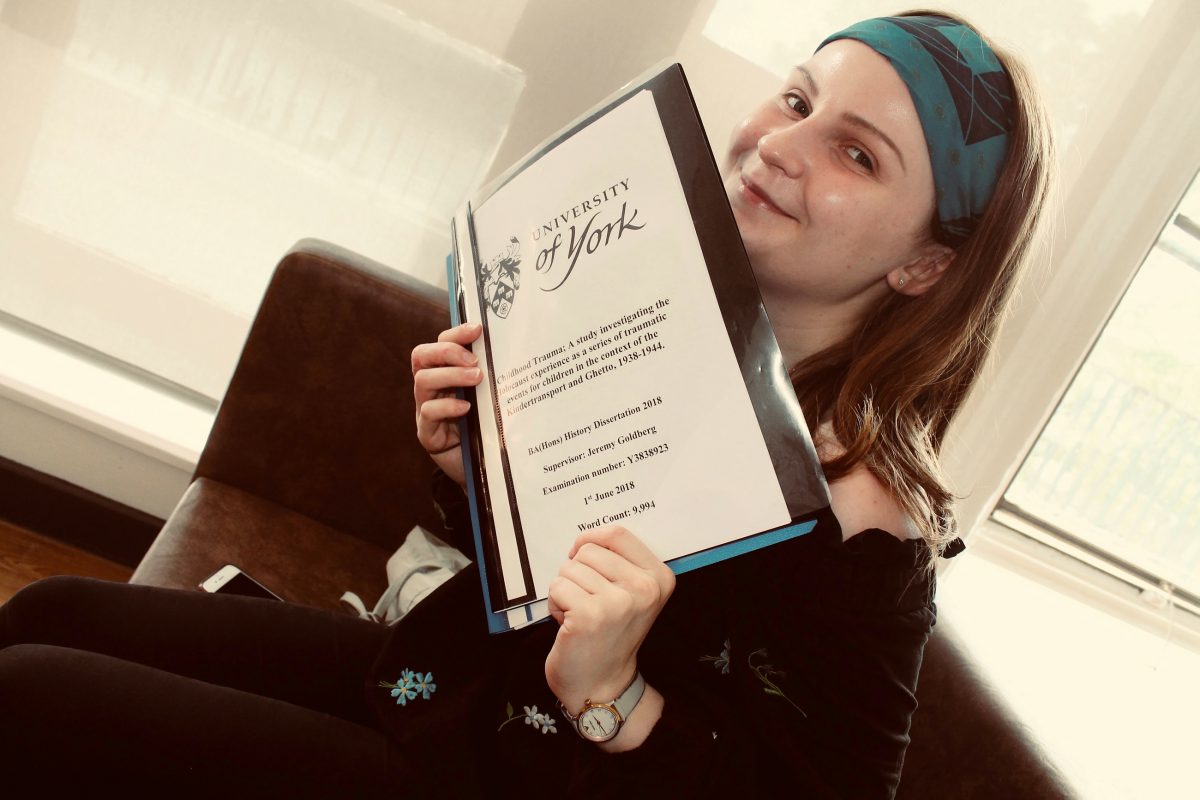 A university student who was diagnosed with cancer during her final year continued attending lectures while battling treatment — and graduated with a 2:1.

Maisie Nash, 22, was determined to finish her degree so that she could then go on to pursue a law conversion course which she started in January this year.

But her dream of becoming a solicitor was thrown into doubt after receiving the shock cancer diagnosis.

Maisie had just begun her third year at the University of York studying History when she noticed her energy levels had dropped and she started feeling breathless but put it down to a lack of fitness.

After developing a lump in her throat Maisie saw a doctor, who misdiagnosed her with bronchitis and swollen glands and gave her antibiotics.

As Maisie’s breathing worsened because of the growing lump, she went to A&E then intensive care where a biopsy was done – and she was diagnosed with Non-Hodgkin lymphoma.

Despite being told to suspend her degree and return home 300 miles away for treatment, Maisie was intent on finishing her degree.

Maisie had intensive chemotherapy from November 2017 to March 2018, which she describes as “the worst thing I’ve ever experienced”.

She managed to graduate with an impressive 2:1 a matter of months later despite having lost precious study time due to treatment.

Now she’s pursuing her dream of becoming a solicitor after securing a place on a law conversion course thanks to a grant from children’s cancer charity CLIC Sargent.

Speaking to student news site The Tab, Maisie said: “I had a really detailed plan of how I was going to secure and fund a place on my law conversion course” says Maisie.

“Getting this diagnosis was such a shock and was obviously something that I could never have prepared for.

“It left me no time to prepare for my future plans, financially or practically. It was all I could do to focus on graduating from my history degree.

“I wasn’t able to fully attend work experience opportunities I had lined up because I was so unwell from treatment, so it was another blow to work out that my savings had been eaten up by covering the extra costs a diagnosis brings.

“I knew for a while that after completing my degree my plan was to take up the law conversion course so that I could become a solicitor, but after looking at my finances I couldn’t see how I would realistically be able to do that.”

Masie has described the moment she was diagnosed with cancer after being taken to A&E.

“That’s when I started to worry. I was in York hospital all by myself, with my family in Surrey, 300 miles away,” she added.

“Part of me was still convinced they’d probably got the diagnosis wrong so when I called my mum I told her not to come until the next day.

“Cancer is something that happens to people you know of, not you, and we had no family history of the disease.

“It took a while for them to work which anti-sickness medication would help best, as the tiredness and hair loss kicked in.”

Maisie submitted her application and was selected by a panel of CLIC Sargent and Societe Generale staff to receive a ‘gold’ grant for her course fees.

She said: “I couldn’t believe it when I found out that I’d been successful.

“Because I’d struggled so much with work experience, finances, and companies rejecting my sponsorship applications leading up to the application I just assumed it would be another bit of bad news.

“It’s all thanks to CLIC Sargent and Lara that I knew about the grant, I’m so grateful.”

Maisie began her law conversion course in January and aims to secure a training contract with a legal firm before becoming a fully qualified solicitor.

Non-Hodgkin lymphoma is a type of cancer that develops in the lymphatic system, which is a network of vessels and glands spread throughout your body.