The Romantic poet’s famous verse, Daffodils, described how ‘They stretch'd in never-ending line/ Along the margin of a bay’.

by Ben Gelblum
in Arts, Literature 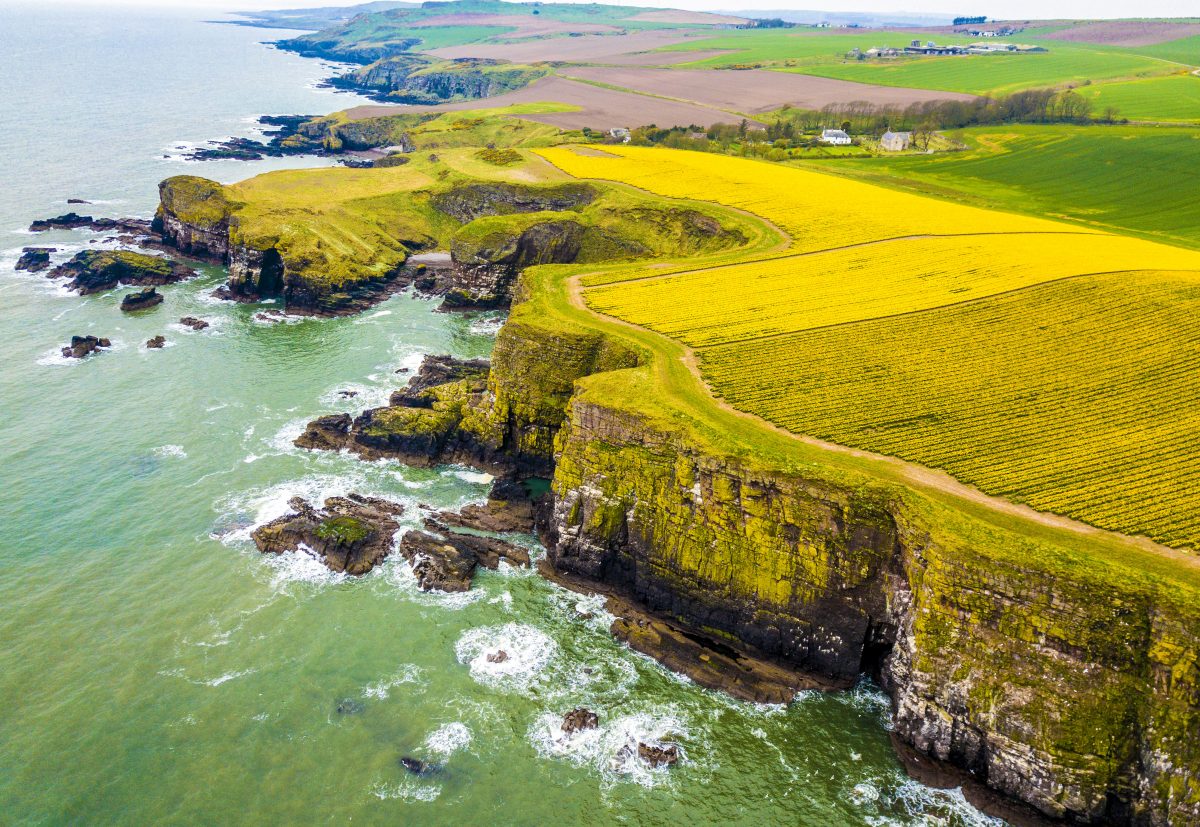 These stunning cliff-top fields of daffodils glowing in the sunlight capture the sheer beauty of the flowers which inspired poet William Wordsworth’s most famous work.

The Romantic writer’s 1804 verse known as ‘Daffodils’ described how ‘They stretch’d in never-ending line/ Along the margin of a bay’ as he strolled in the Lake District.

This recent photograph shows the blooms, traditionally seen as a sign of spring, in a variety of shades when seen from the sky in Montrose, Angus.

Lines of the flowers could be seen across the clifftops overlooking the North Se where farmers grow them to sell to florists and supermarkets.

They posed a stark contrast with waves on the rocks beneath – bringing to mind Wordsorth’s words ‘the waves beside them danced; but they/ Out-did the sparkling waves in glee’.

Wordsworth’s verse – properly titled ‘I Wandered Lonely as a Cloud’ described ‘Ten thousand saw I at a glance/tossing their heads in sprightly dance’.

It was later revised with another version published in 1815, and became a staple on school curriculums.

It was inspired by Wordsworth’s home in Dove Cottage, Grasmere, Lake District.