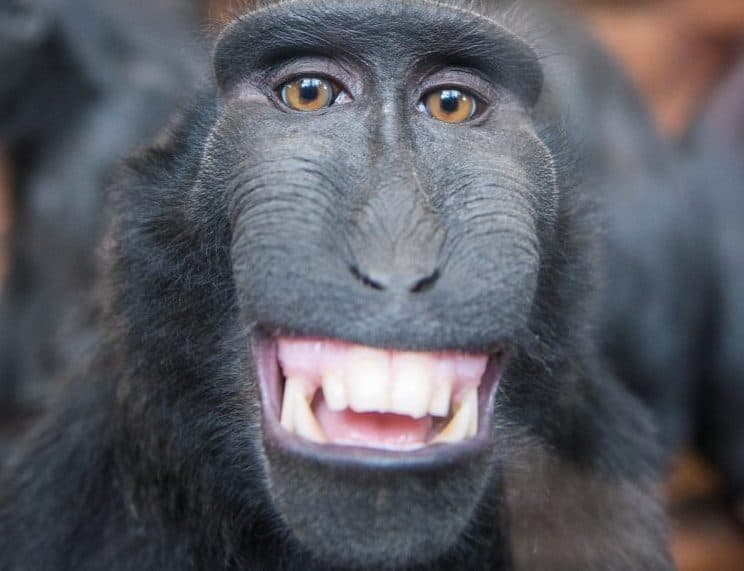 SWNS Pictures of the Year 2015 - One hundred of the most compelling images on the SWNS wire this year as chosen by our picture editors.Pictured - The very happy macque smiles straight into the camera of Bob Hadfield, at Chester Zoo. See South West copy SWSMILE.A cheeky monkey took time out of its day to pull a massive smile for a stunned photographer. The black crested macaque gave Bob Hadfield a massive grin while on a trip to Chester Zoo. But while the handsome macaque smiles for his photo in his relaxed surroundings, it is a far different experience in the speciesÃ natural habitat. Bob Hadfield / Ross Parry Agency

When you’re smiling the whole world smiles with you, sang Louis Armstrong – and a new scientific study suggests he was right all along.

Smiling really can make people feel happier, according to the findings published in the journal Psychological Bulletin.

American psychologists looked at nearly 50 years of data testing whether facial expressions can lead people to feel the emotions related to those expressions.

Lead researcher Nicholas Coles said: “Conventional wisdom tells us that we can feel a little happier if we simply smile.

“Or that we can get ourselves in a more serious mood if we scowl.

“But psychologists have actually disagreed about this idea for over 100 years.”

The research team say the disagreements became more pronounced in 2016, when 17 teams of researchers failed to replicate a well-known experiment showing that the physical act of smiling can make people feel happier.

Mr Coles, a University of Tennessee PhD student in social psychology, said: “Some studies have not found evidence that facial expressions can influence emotional feelings.

“But we can’t focus on the results of any one study. Psychologists have been testing this idea since the early 1970s, so we wanted to look at all the evidence.”

Using a statistical technique called meta-analysis, the team combined data from 138 studies testing more than 11,000 participants from all around the world.

Mr Coles added: “We don’t think that people can smile their way to happiness.

“But these findings are exciting because they provide a clue about how the mind and the body interact to shape our conscious experience of emotion.

“We still have a lot to learn about these facial feedback effects, but this meta-analysis put us a little closer to understanding how emotions work.”