Nicky Jones, 44, applied for a divorce without the knowledge of wife Lucy, 41, only discovered the letters by chance

by Ben Gelblum
in Must Reads, Relationships 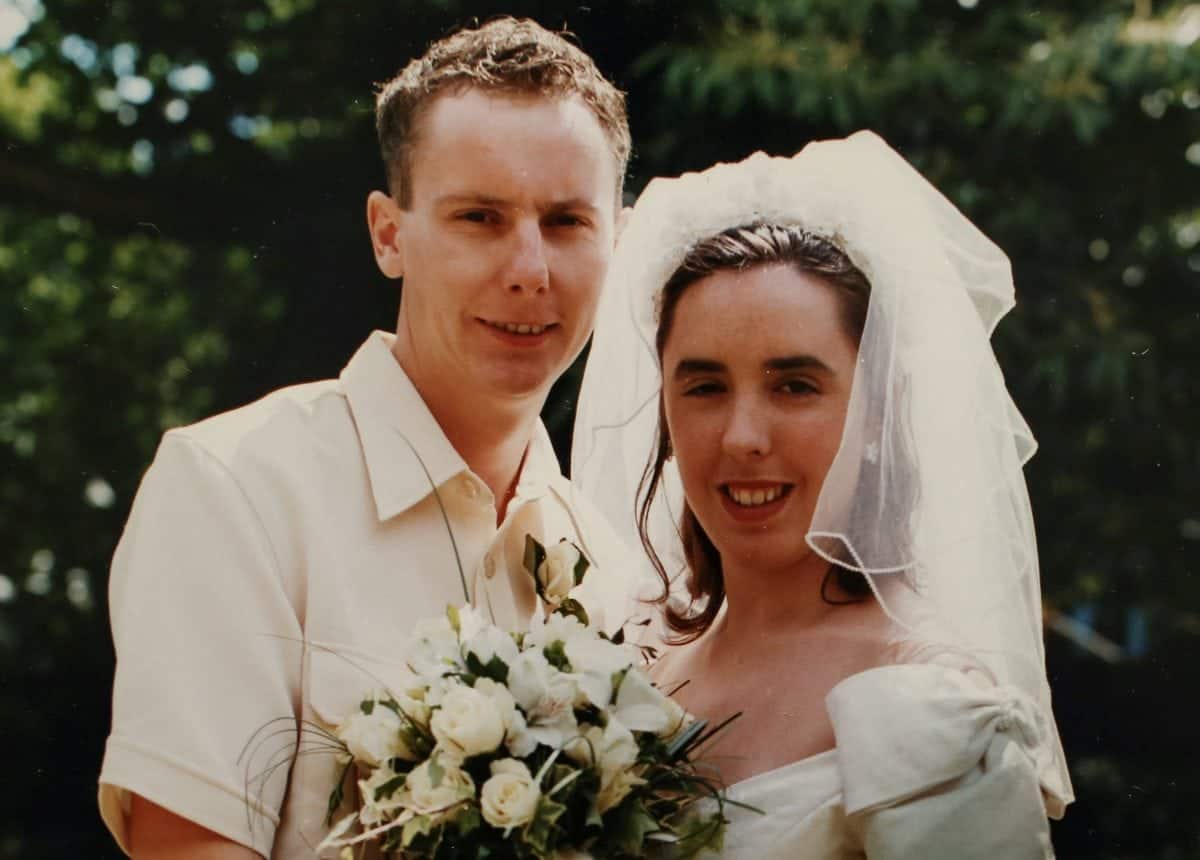 A man who forged his seriously ill wife’s signature on divorce papers while she was in hospital receiving cancer treatment was jailed.

Nicky Jones, 44, applied for the divorce without the knowledge of his wife of 18 years, Lucy McDonnell-Jones, 41, who was an in patient in hospital for nine months.

Lucy only discovered his plans when she visited the family home to collect her possessions, and found the paperwork in 2016 after being discharged.

She had been receiving invasive cancer treatment for stage 3 non hodgkin’s lymphoma in her groin, pelvis, back and stomach which was diagnosed in 2015.

Lucy was told she had only three months to live, and even now her illness is managed with huge doses of morphine and painkillers.

When she was released from hospital, she called her ex to arrange a time to pick up some belongings but never received an answer.

Instead she let herself into the house in Neath, South Wales, where Jones had continued to live.

But amongst the letters Jones had denied were delivered for her, Lucy found another letter – from a family court in Port Talbot, referring to divorce proceedings.

Lucy called the court to find out what was going on, and was stunned to be told that divorce proceedings had begun.

She rushed to a solicitor and told her what had happened, and the proceedings were halted while police were brought in.

The signature on the documents looked nothing like her handwriting, and she realised Jones had tried to get a divorce without her knowledge while she was in hospital.

Prosecutor Helen Randall said: “Mrs Jones was diagnosed with stage three cancer and was kept in hospital for six months.

“During that time Mrs Jones had no contact with her estranged husband.

“When she was released she tried to contact him but couldn’t get through.

“She found a letter which said ‘do you intend to apply to the court for it to consider your financial position,’ which was answered ‘no.’

“Her signature had been forged on the last page.”

Jones admitted forging the signature during a police interview but claimed he did it to avoid bothering her when she was ill, the court was told.

Ms Randall added: “The forgery caused Mrs Jones a lot of distress when she was receiving cancer treatment.

“She believes he had forged her signature to try and gain from her financially at a time when she was ill.”

Judge Peter Heywood said: “He knew she was receiving hospital treatment for a life-threatening illness, that’s the particularly mean part of it in my view.”

At an earlier hearing, Jones admitted making a false instrument with intent that it be accepted as genuine – contrary to the Forgery and Counterfeiting Act 1981.

Defending, Andrew Evans said: “He tried to persuade his wife that their marriage was over. It was inevitable that they would divorce.

“He felt frustrated about the lack of progress.

“He is adamant that part of his motivation was to speed up the progress. He says he wasn’t using her situation as a means.

“If he had simply waited until his wife was well enough, maybe six or eight months after, she herself would have realised the marriage was over.

“They had been separated for nearly two years and the divorce would have been uncontested.”

Judge Heywood added: “You are remorseful for your foolish conduct, as you described it.

“What you did has had a knock on effect on Lucy Jones, it has caused her anxiety.

“I would be failing in my duty if I did not give you an immediate custodial sentence.”

Jones was sentenced to eight months at Swansea Crown Court, of which four months will be served in custody.

He was also given a restraining order banning him from contacting Mrs Jones for two years. “It took ten months to diagnose me with cancer, and I was told I had three months to live.

“At that point I was having chemotherapy for 12 hours, and when that didn’t work they did it for 20 hours a day, and straight into my spine.

“When my husband contacted me, I didn’t want to tell him I had cancer.

“It took me 20 years to pluck up the courage to leave him.

“I was thinking I was going to get on with my life, then being told I had cancer turned everything upside down.”

When she went to the house in October 2016, Lucy went through her belongings and found a stash of letters from her work which Jones had told her were never delivered.

“I saw a letter with the name of the court, and my name, and didn’t have a clue,” she said.

“When I called them, they said it was about a divorce.

“I said I hadn’t even applied for a divorce and they advised me to go to a solicitor.”

But by November 2016, when Jones first appeared in court, Lucy could no longer afford a solicitor and two mortgages.

She claims police told her that Jones was likely to get ‘a slap on the wrist.’

“Can you imagine if I had passed away?,” Lucy said.

“Or, if I hadn’t, and he had got away with it. I would have had nothing at all.”

Lucy added: “If the police had moved faster, I would have got a bigger settlement and not had to sell both houses.”

During her cancer treatment she was forced to apply for loans from her hospital bed, and was struggling to ensure bills were paid – including for Jones.

“I was really keeping a roof over his head.” The couple had talked about divorce but when Jones marched into the dentist surgery where Lucy was a practice manager and demanded that she sign the papers, she refused.

She told him she would not be signing anything until she had looked through it in detail.
Lucy said solicitors told her that had the ‘fake’ divorce gone through, her ex-husband would have got “everything”.

She said he would have got an £120k terraced house, a £250k rural cottage, and all their savings [trying to get a figure for this].

When their legal divorce actually went through in October 2017 they got a house each – and she got to keep her pension and savings.

Speaking after he was jailed, she said: “If it had gone through he would have got everything.

“He would have had our marital home in Primrose Bank worth £250k, and the house in Neath worth £120k, plus my pension, life insurance and savings.

“I got peanuts out of the settlement. All the money had gone on solicitors fees and keeping a roof over my head.”

The couple met in a nightclub when Lucy was 18 and married on a beach in the Dominican Republic three years later, in 1998.

Lucy added: “It is nice to be able to move on now. At least I have managed to get through it.

“I asked the police, what would have happen to the case if I die, and they said it would die with me.

“I knew I would keep going.

“[Had I died] he would have had the houses, my pension, my life insurance, his classic cars including a VW campervan brought over from California worth £30,000.”

When the fraud came to light, it was just six weeks away from a decree absolute.

Lucy had spent a total of nine months in hospital and says she is now taking each day as it comes.

“I think to myself, the person I married, I didn’t really know.”

US warplane draws penis in the sky over Russian naval base