“I’m trying to guess what’s in it but that’s quite hard, isn’t it?”, William said. 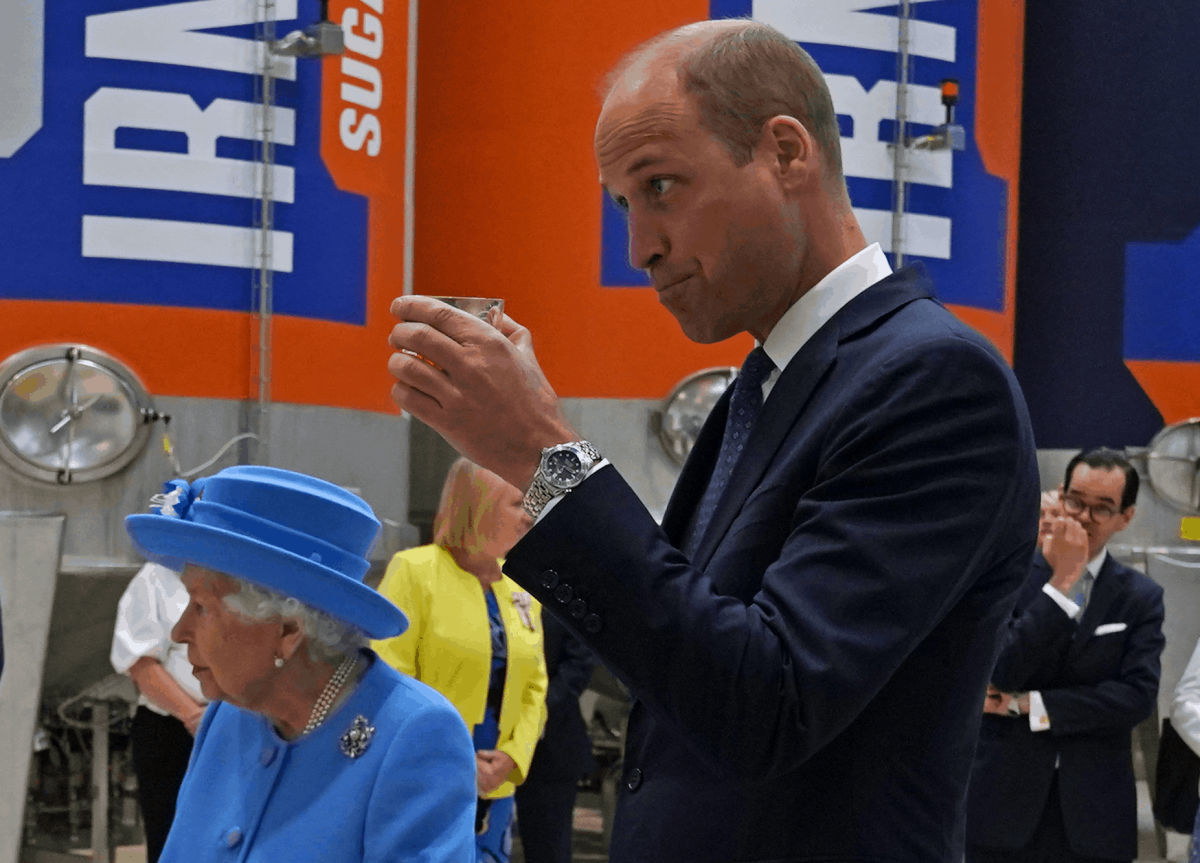 The Duke of Cambridge quenched his thirst with a sip of Irn Bru and declared “you can taste the girders in it” during a factory visit with the Queen.

Irn Bru is popular among Scots and wider afield and the soft drink – known for its catchy slogans – has entered folklore north of the border as the perfect hangover cure.

After touring the plant with the Queen, the duke was offered a drink and was asked by commercial director Jonathan Kemp if he had tried Irn Bru when he wad a student at the University of St Andrews in Fife.

“Not St Andrews,” he replied, but added that Irn Bru was often a part of lunches during his time in the armed forces, and after raising his glass and sipping he said it was “delicious”.

William was intrigued when Colin Reilly, upstream manager, brought over a small jar containing the clear essence of Irn Bru – with the recipe a secret only known to three people.

After taking a long sniff the duke said: “I’m trying to guess what’s in it but that’s quite hard, isn’t it?”

Mr Reilly said: “I’d love to tell you,” and William smiled as he replied: “This is a closely guarded secret.”

Irn Bru was launched in 1901 and has become a key brand in Scotland, rivalling whisky as the country’s national tipple.