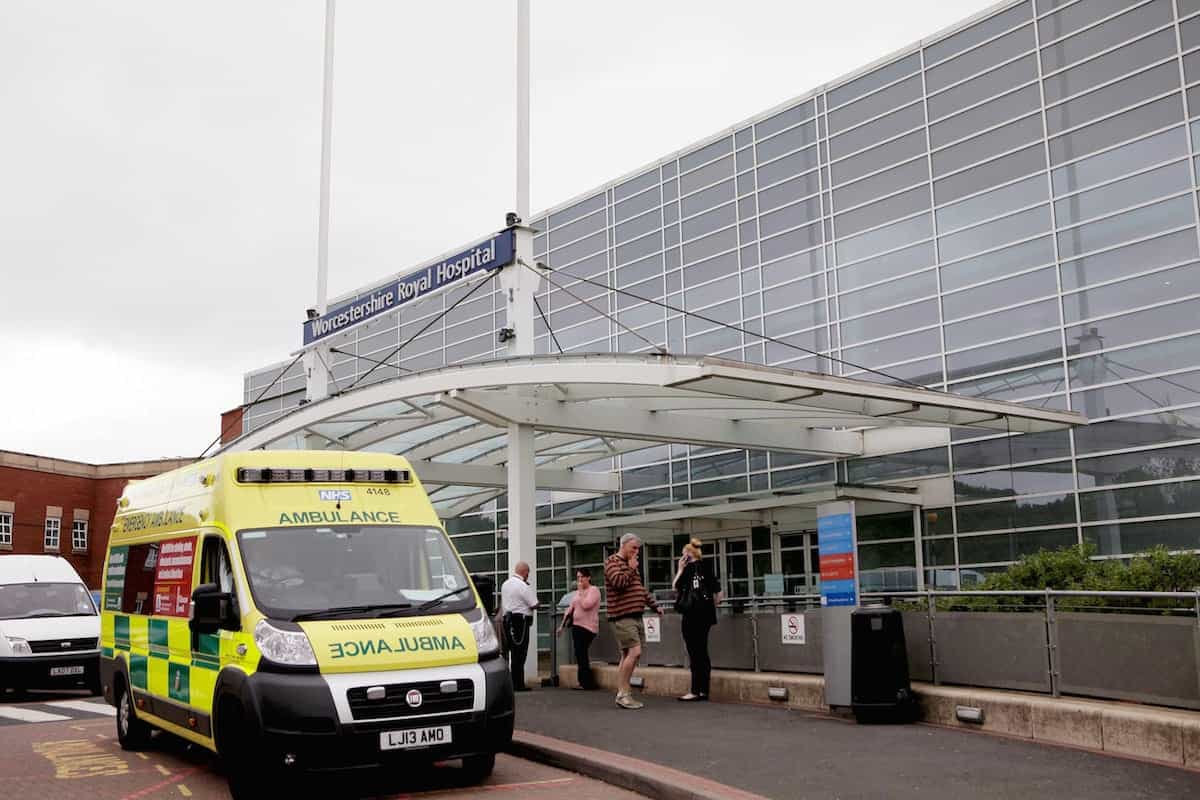 General View of Worcestershire Royal Hospital. See News Team story NTITROLLEY; This photograph shows emergency patients crammed into trolleys in a hospital corridor as a winter beds crisis looms. The picture taken on Wednesday November 1 2017 by an anonymous observer, suggests Worcestershire Royal Hospital in Worcester is already under strain with the worst of winter still to come. Last month the chief executive of Worcestershire Acute Hospitals NHS Trust, Michelle McKay, pledged to stop the practise of caring for patients on trolleys at a meeting of the health overview and scrutiny committee (HOSC) at County Hall in Worcester.

They are commonly contaminated with multidrug-resistant organisms (MDROs) that can spread to patients.

A study of 625 specialists wards found more than one in five were harbouring MRSA or other killer bacteria.

And not regularly washing them could be helping the bugs spread.

Co author Professor Dr Lona Mody, of the University of Michigan, Ann Arbor, said: “These pathogens on privacy curtains often survive and have the potential to transfer to other surfaces and patients.”

She explained the same bug was regularly found on both the curtain and the patient who was in the bed – suggesting transmission.

The geriatrics and infectious diseases expert added: “As privacy curtains are used all over the world, it is a global issue.”

The analysis of 1,521 samples taken from the edges of curtains, where they are touched most often, found 334 (22%) tested positive for MDROs.

Rates varied from 11.9 to 28.5 per cent across the six skilled nursing facilities (SNFs) in Michigan, including hospitals and care homes, that took part in the project.

The most prevalent was VRE (vancomycin-resistant enterococci) – present in 210 (13.8%) of the cultures grown in the lab. It causes dangerous bloodstream infections.

The World Health Organisation has said it is among the superbugs posing most threat to human health.

The 60 year-old drug vancomycin is now powerless against it.

Next came R-GNB (resistant gram-negative bacilli) and MRSA (methicillin-resistant Staphylococcus aureus) found in 94 (6.2%) and 74 (4.9%) of the samples, respectively.

In one in seven cases (15.7%), patients and their curtain were colonised with the same MDRO at the same time.

What is more, when visits found VRE on the curtain, almost six in ten (57.6%) patients were also contaminated with the bug.

Prof Mody said: “Patient colonisation with MRSA and VRE were each associated with contamination of the bedside curtain”.

Presenting their findings at the European Congress of Clinical Microbiology & Infectious Diseases (ECCMID) in Amsterdam, the researchers said there was no significant difference between private and shared rooms.

They were particularly interested in any links between bacteria found on the patients and the curtains around their own bed.

Prof Mody said: “Patients and their privacy curtain are often contaminated with the same MDRO.

Interestingly, she added patient-to-curtain transmission was most prevalent, although it also happened the other way around.

An SNF provides round the clock services from nurses, physical and occupational therapists, speech pathologists and audiologists to improve patients’ health and the ability to carry out daily activities.

The researchers said: “Patient privacy curtains, used in most healthcare facilities in the world, are surfaces which are subjected to frequent touching but are only cleaned infrequently, and could potentially be a mode of disease transmission.”

They hope the results will better inform curtain hygiene protocols. In the study, most of the enrolled patients (95%) were short-stay admissions with an average length of stay of 22 days.

Skin samples were collected from several sites on each participants’ body, as well as from high-touch surfaces in their room.

They were taken upon admission, and again after two weeks, 30 days, then monthly for up to six months where possible.

The researchers said the study shows contamination of privacy curtains with MDROs is a common problem, and that patients are frequently contaminated with the same type.

Prof Mody said: “Patient privacy curtains are high-touch surfaces that are cleaned infrequently and could contribute to pathogen transmission.

“We were surprised to see that MDROs, especially VRE, shed by patients routinely contaminate their privacy curtains.

“Further studies are needed to determine conclusively whether contaminated privacy curtains are a source of MDRO transmission to patients.”

Last year a smaller study of curtains taken from a hospital in Winnipeg found nearly 90 per cent of privacy curtains could be harbouring MRSA or other infectious bacteria.

The Canadian team called for the drapes to be regularly cleaned or replaced to avoid ‘unnecessary suffering’ caused by people getting sick.

In November a report warned superbug infections could kill 2.4 million people in Europe, the US and Australia by 2050.

This will include 90,000 in Britain unless something is done to halt their rise, the OECD (Organisation for Economic Co-operation and Development) said.