Pumping iron quickly or rushing up the stairs means your muscles pack more of a punch, and this helps you live longer. 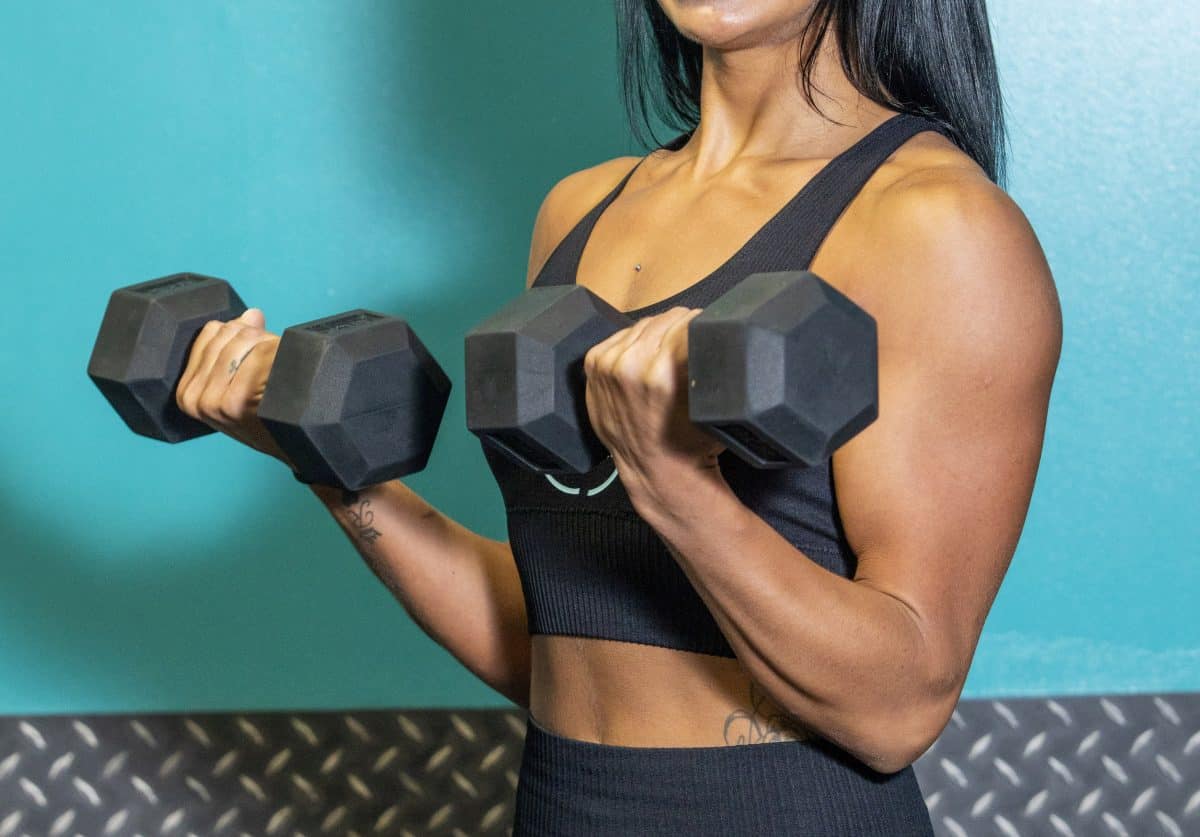 Muscle power not strength is the key a longer life, scientists revealed.

Pumping iron quickly or rushing up the stairs means your muscles pack more of a punch, and this helps you live longer.

But muscle power ebbs away from the age of 40 so building it up could help in older age.

Professor Claudio Gil Araújo at the Exercise Medicine Clinic or CLINIMEX in Rio de Janeiro said: “Rising from a chair in old age and kicking a ball depend more on muscle power than muscle strength, yet most weight bearing exercise focuses on the latter.

“Our study shows for the first time that people with more muscle power tend to live longer.

“Power training is carried out by finding the best combination of speed and weight being lifted or moved.

“For strength training at the gym most people just think about the amount of weight being lifted and the number of repetitions without paying attention to the speed of execution.

“But for optimal power training results, you should go beyond typical strength training and add speed to your weight lifts.

“We now show that power is strongly related to all-cause mortality.

“But the good news is that you only need to be above the median for your sex to have the best survival, with no further benefit in becoming even more powerful.”

Prof Araújo explained power depends on the ability to generate force and velocity, and to coordinate movement.

In other words, it is the measure of the work performed per unit time (force times distance); more power is produced when the same amount of work is completed in a shorter period or when more work is performed during the same period.

So climbing stairs requires power and the faster you climb, the more power you need.

But holding or pushing a heavy object such as a car that has a flat battery or run out of petrol requires strength.

The study involved 3,878 non-athletes aged 41 to 85 who underwent a maximal muscle power test using the upright row exercise between 2001 and 2016.

The highest value achieved after two or three attempts with increasing loads was considered the maximal muscle power and expressed relative to body weight (i.e. power per kg of body weight).

Values were divided into quartiles for survival analysis and analysed separately by sex.

Participants with a maximal muscle power above the median for their sex – in quartiles three and four – had the best survival.

Those in quartiles two and one had, respectively, a four to five and 10 to 13 times higher risk of dying as compared to those above the median in maximal muscle power.

Professor Araújo noted that this is the first time the prognostic value of muscle power has been assessed as previous studies focused on muscle strength, primarily using the handgrip exercise.

The upright row exercise was chosen for the study because it is a common action in daily life for picking up shopping bags, grandchildren, and so on.

The researchers are currently examining the link between muscle power and specific causes of death including cardiovascular disease and cancer.

He added: “Doctors should consider measuring muscle power in their patients and advise more power training.”

And he devised guidelines to increase your muscle power:

Choose multiple exercises for the upper and lower body, and chose a weight with the load to achieve the maximal power. This should be not so easy to lift and not so heavy that you can barely lift it.

Repeat the above for the other exercises (biceps curl, etc.).

Start with six repetitions in each set and when the exercise becomes easy, try to increase to eight

If it becomes easy again, increase the weight and go back to six repetitions

If you unable to complete the repetitions with the proper technique, avoid “cheating” and go back to less repetitions or less weight. This is important to prevent injuries.

The study was study presented at EuroPrevent 2019, a congress of the European Society of Cardiology in Lisbon.