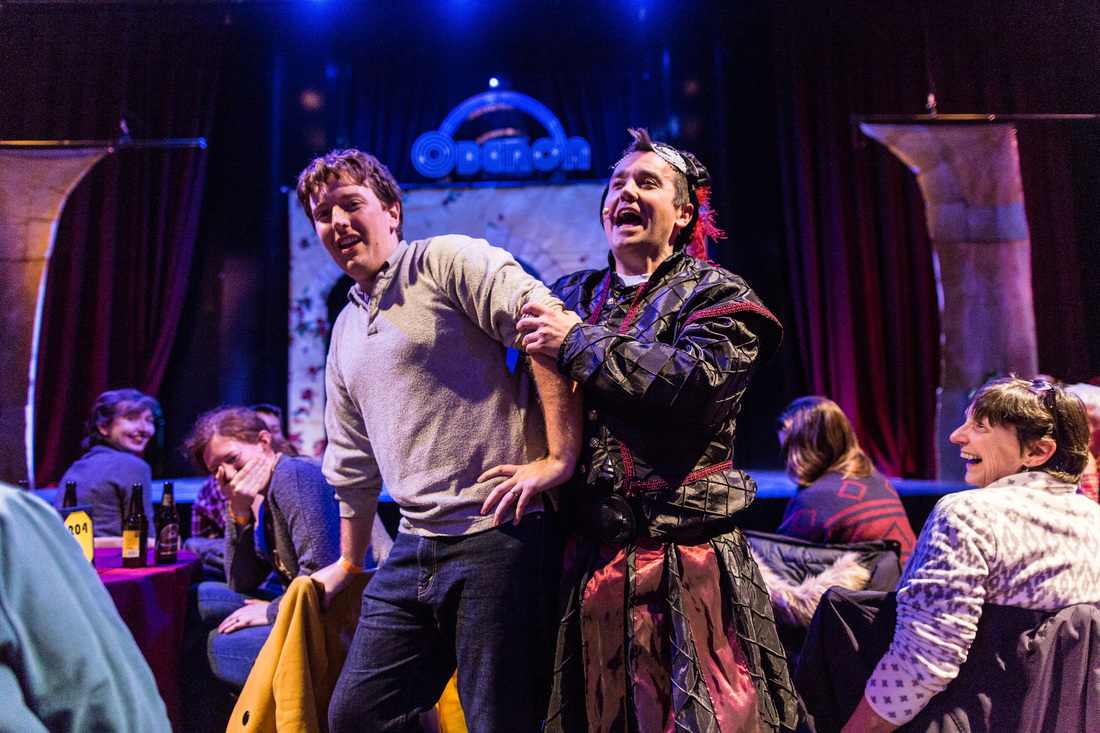 I’m either talking about the original Globe Theatre or Shit-faced Shakespeare, and the two are arguably interchangeable; I doubt you’ll see a more historically accurate rendition of Elizabethan theatre without a time machine.

Shit-faced Shakespeare is a simple concept. Take one abridged play by the bard, marinade one of the actors in a vat of booze, then let them loose in front of an audience. Give one front row audience member a bucket – just in case – and serve hot. The Magnificent Bastards have been entertaining the masses since 2010 and they’re not letting up anytime soon. 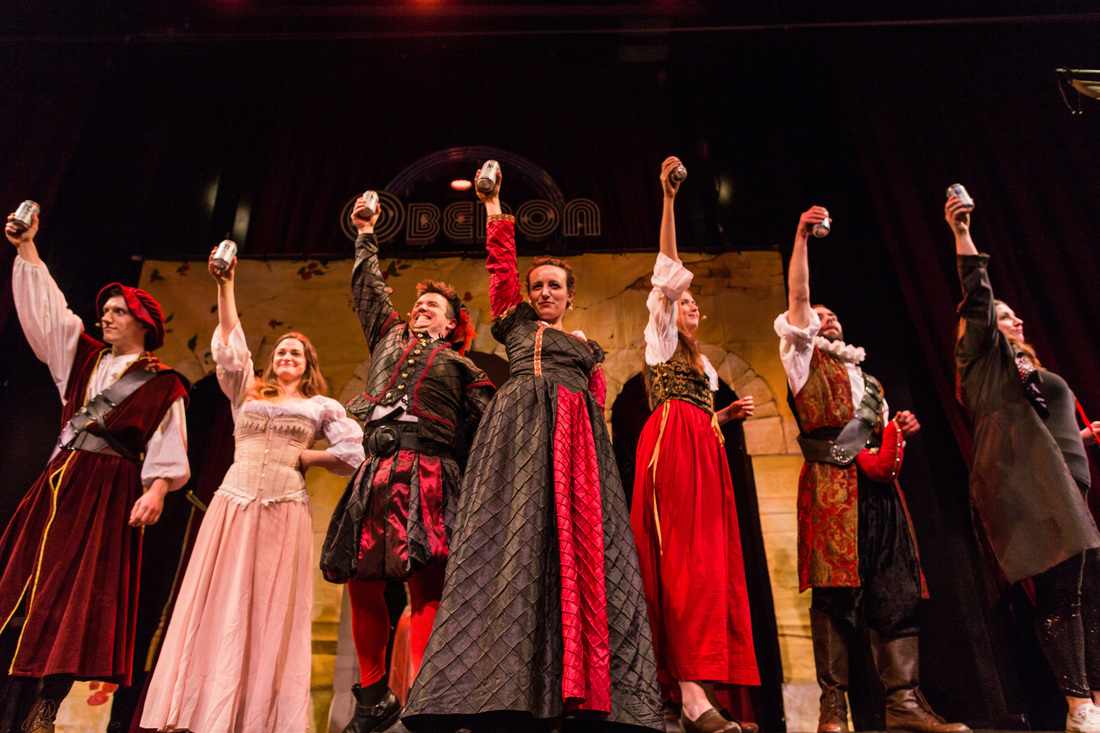 The cast are currently performing Much Ado About Nothing at the Leicester Square Theatre, but I’d venture to say that the choice of play is almost totally irrelevant. The night I saw the show, John Sebastian Trixibelle Petheridge Mitton was front and centre as drunk Benedick and I can’t imagine a performance ever being as funny as that was.

At this stage in a five star review I’d usually mention something about the raw talent of the actor, or their ability to be something something something insert flattering metaphor here. All I can say is: Mitton is a hilarious drunk, and the rest of the cast did an excellent job of corralling him into doing approximately what he was meant to, like: not falling headlong into the audience; not spending too long reciting Slim Shady; not seguing into Romeo and Juliet by accident; and not drinking wine proffered by some excitable young ladies in the front row. 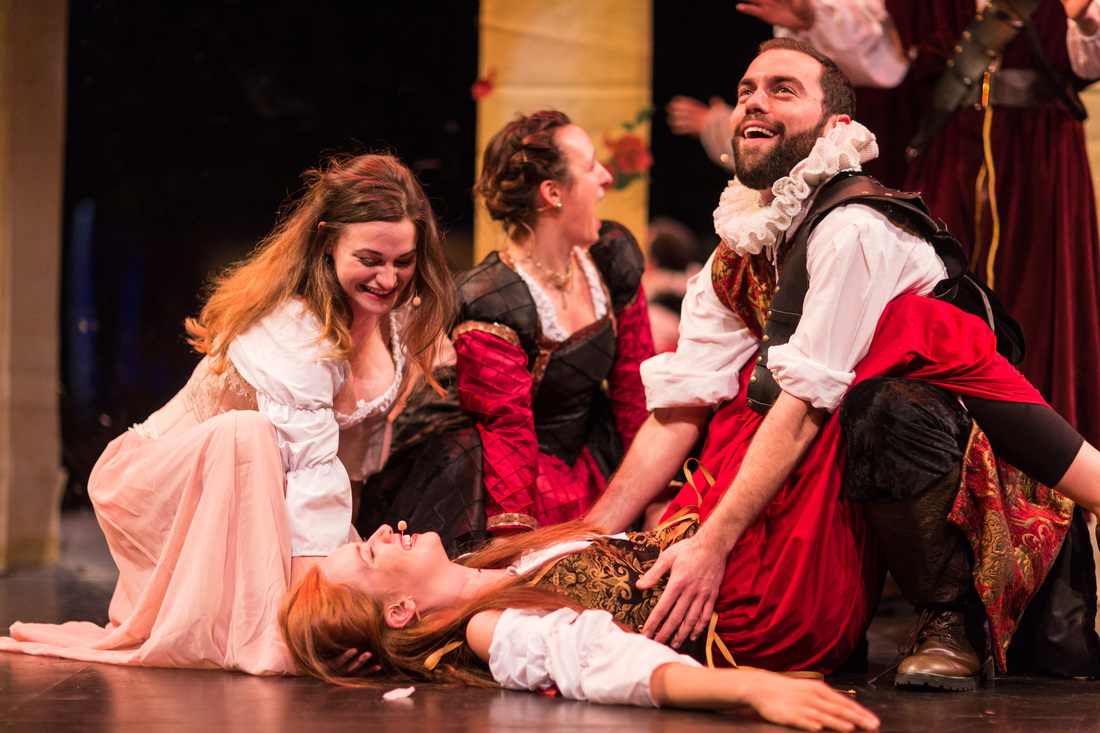 This isn’t a mere rowdy, Saturday night activity for stags. I could wax lyrical about the vital populist importance of Shit-Faced Shakespeare – cheap, accessible, satirical, hilarious – for pages, but at the risk of sounding like an utter twat I’ll leave it here. Suffice to say that it makes me want to retrain as a Shakespearean actor just so I can join in the fun. And let’s be honest, I’d make a totally baller Juliet.

I demand that this play thou shalt see-eth

For truly it is art of highest power!

So, lest your cash from you may flee-eth

(which you can do here)