The world’s most elite nanny training school has unveiled this year’s new recruits – including its largest ever intake of MEN. Graduates from Norland College go on to look after the children of some of the richest people in the world – including celebrities and royalty. Prince George has a Norland Nanny – Maria Borrallo […] 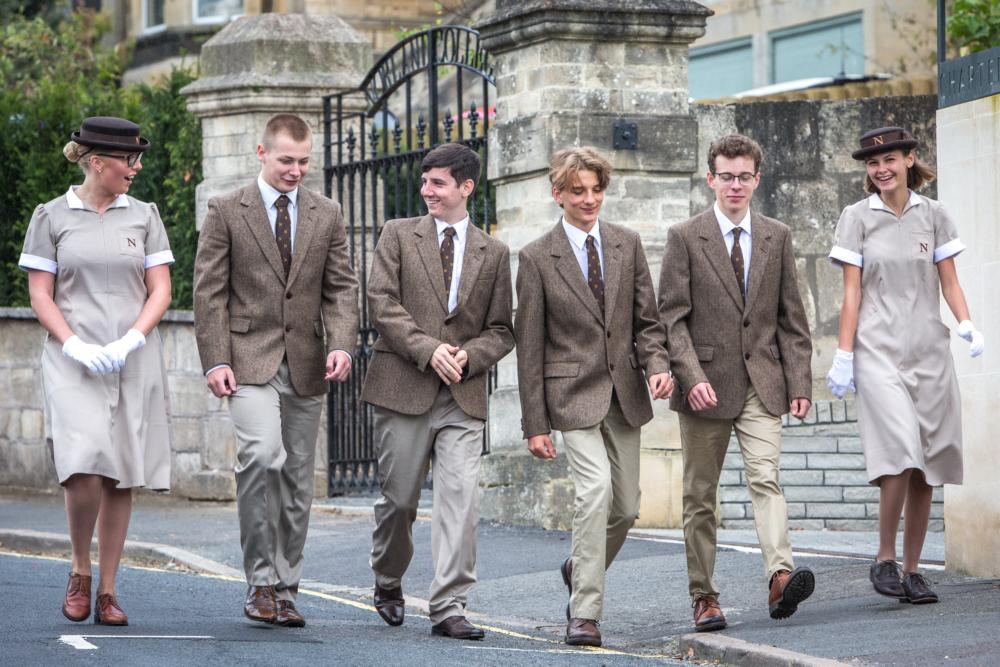 The world’s most elite nanny training school has unveiled this year’s new recruits – including its largest ever intake of MEN.

Graduates from Norland College go on to look after the children of some of the richest people in the world – including celebrities and royalty.

Prince George has a Norland Nanny – Maria Borrallo who trained at the exclusive academy in Bath, Somerset.

This year’s intake of ‘Mary Poppins’ includes four men – the highest number of male recruits in its history dating back to 1892.

Staff say 2017 is also the largest in the college’s 125-year history with 103 students starting the coveted BA in Early Years Development and Learning.

One of the lads, Connor Beckles, 18, from Bath, said: “I’ve worked with kids before and it’s something I enjoy.

“However, in a weird way I’m also a big kid myself so if I’m enjoying the activities then hopefully the children will as well.

“Living in Bath I’ve been aware of Norland for quite a while.

“They obviously have quite a big presence with the uniform and the reputation that they uphold.

“However, it’s not something that I seriously considered until very recently.

“When I went to the open day I realised it was something that could really work – it made sense.”

Gregory Ridley, 19, from Warrington, said: ‘The opportunities that Norland gives you are above and beyond any other institute, certainly in this country if not the world.

“When my mates found out that I was coming to Norland at first they were really unimpressed.

”But then I told them about the salary and they said ‘Can I come?! Where do I sign up?'”

Nathaniel Fabien, 18, from Romford, said: “I became a Norland Nanny because if you’re good at something and you enjoy something never do it for free.

“Norland is really prestigious and gives the best care and the best education for looking after children.

“I thought if I was going to do it I may as well do it well.”

Jordan Murray, 19, from Doncaster, said: “I wanted to become a Norland Nanny mainly because I enjoy working with children.

“I don’t really feel like it’s a job because it’s so much fun most of the time.”

Also making history at the college were the first identical twins to enrol – 18-year-old Lauren and Abby Barnes from Eastleigh, Hampshire.

The college, which celebrates its 125th anniversary this year, has more than 3,500 Twitter followers and is known for its students’ iconic uniforms.

Women wear A-line dresses and white gloves while the men’s uniform is a brown tweed jacket and beige chinos.

Brown boater hats worn by girls and the brown tie for boys are inscribed with a gold ‘N’ for ‘Norland’.

“Not only is it 125 years since our founder welcomed the first set of Norland students, but we have also moved to a brand new building in Bath as we welcome our largest ever intake of students.”

The college has campaigned to sign up students from a wider range of backgrounds and 20% of this year’s intake came straight from employment or gap years.

Students often earn about £26,000 after leaving the college, which was founded by Emily Ward in 1892.