When Ron had to give up work due to a rare form of dementia it was a difficult time and the impact of the diagnosis not only affected him but his partner of 25 years, Loraine. However, thanks to the support of The Royal British Legion’s Admiral Nurse service, they have been able to come […] 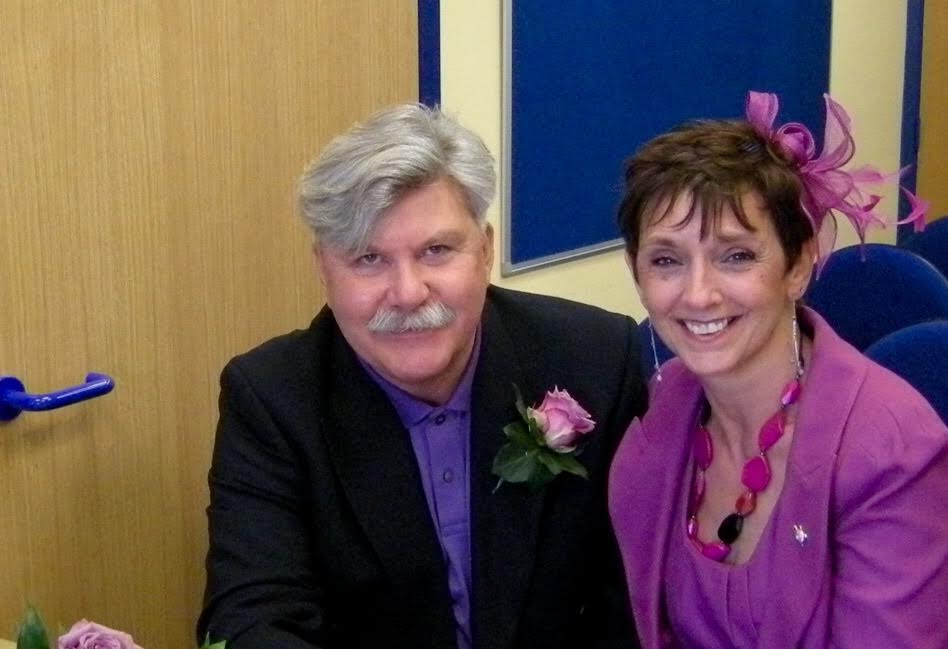 When Ron had to give up work due to a rare form of dementia it was a difficult time and the impact of the diagnosis not only affected him but his partner of 25 years, Loraine. However, thanks to the support of The Royal British Legion’s Admiral Nurse service, they have been able to come to terms with Ron’s condition and learn to live positively with dementia.

In 2007 Ron started to display erratic and obsessive behaviour that was completely out of character with his personality. When angry, he was unremorseful for his actions; he lost his motivation to perform everyday tasks.

Over the next few years he suffered severe migraines, depression and his compassion for his loved ones was becoming more absent.

It wasn’t until two years later that Ron was diagnosed with Cadasil syndrome, a rare form of dementia.

Cadasil is a genetic type of dementia, caused by a mutation of genes and it affects the frontal lobe part of the brain. After going through Ron’s history it is clear that he has inherited the illness from previous generations. The syndrome is so rare that the couple attend a research project with a top neurologist at Addenbrook’s Hospital in Cambridgeshire. 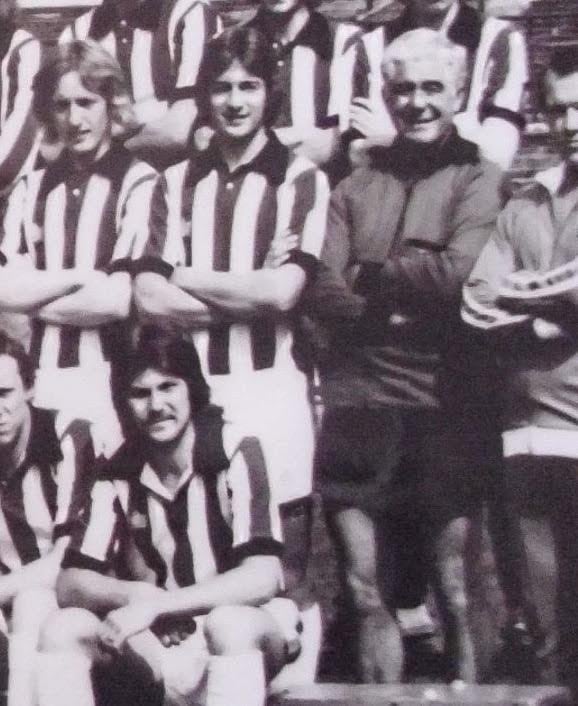 Help from the Legion

Ron had previously served in the Territory Army 23 Regiment so Loraine, his partner of over 25 years, was able to reach out to the Legion’s Admiral Nurse service for support and advice.

This past year has been especially difficult for Ron as he has been going through the process of ‘early retirement due to ill health’; he was working at Jaguar Land Rover (JLR) as an engineer and has had to give up a role he loved due to his illness.

This has not only affected Ron but has also been a trial for Loraine, both emotionally and psychologically. Fortunately, their assigned Legion Admiral Nurse, Helen Buckley, has been there to help.

Helen has supported them by acting as an advocate for Ron and Loraine during this difficult time: attending appointments with Ron’s employer so they understand the physical and mental effects of his illness.

Ron says: “It’s been hard to finish work after so many years and adapt to life at home with Loraine now being the one to take care of me and the family. I get frustrated at the fact I have limited motivation to do anything and as a result the effects of this, such as the weight gain, means that it’s had a major impact on family life and how I react to certain situation.

“Having an Admiral Nurse visit has helped me understand what’s happening, why I act the way I do and has provided advice which has been key in my medical treatment.” 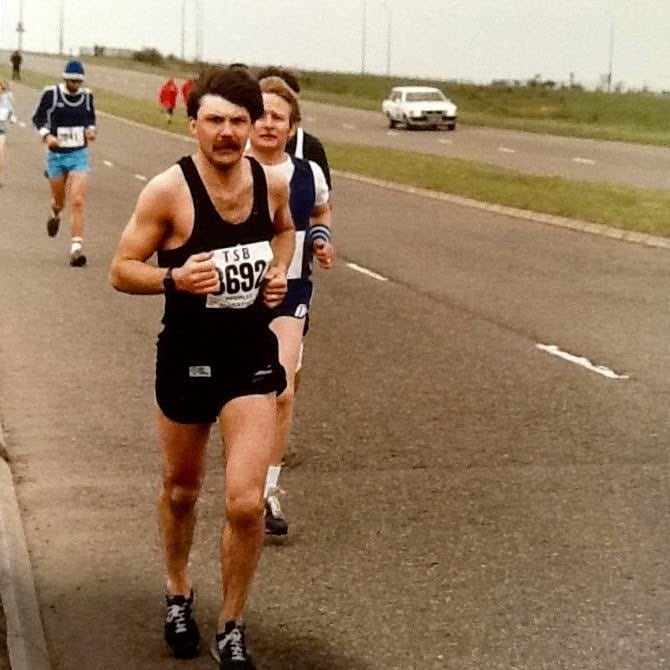 Although Ron is the one with the diagnosis, his dementia has affected his relationship with Loraine greatly. She has had to also come to terms with Ron’s early retirement and cope with his changing personality. She’s seen the man she loves lose his compassion, affection and rationalisation.

The Admiral Nurse Service has helped Loraine to understand the effects of dementia, develop coping mechanisms and, most importantly, gives her someone to talk to about how she’s feeling.

Loraine said: “I do find myself questioning what behaviour is Ron, what is the depression and what is the dementia, or if he simply at some points testing and pushing me to my limits. Helen has really helped me to understand how to cope with all the questions I have and support me emotionally.”

As well as caring for Ron, Loraine also works two days a week so she has some time just for her. She also cares for her two grandchildren who live with them. At times Ron has been disinhibited in what he says to them and there have been many occasions where Loraine has had to comfort their grandchildren due to this factor.

When Helen made her first visit Loraine was experiencing carer stress and anxiety. Although Loraine had knowledge of Ron’s condition, having the information did not help her when dealing with his behaviours.

Helen taught Loraine coping mechanisms so she could avoid confrontation and identify signs and symptoms which were physical health related rather than dementia condition related.

Loraine added: “I have my ups and downs and I do wish that I sometimes had a big banner to tell people why Ron acts the way he does – on the outside he looks healthy and normal. 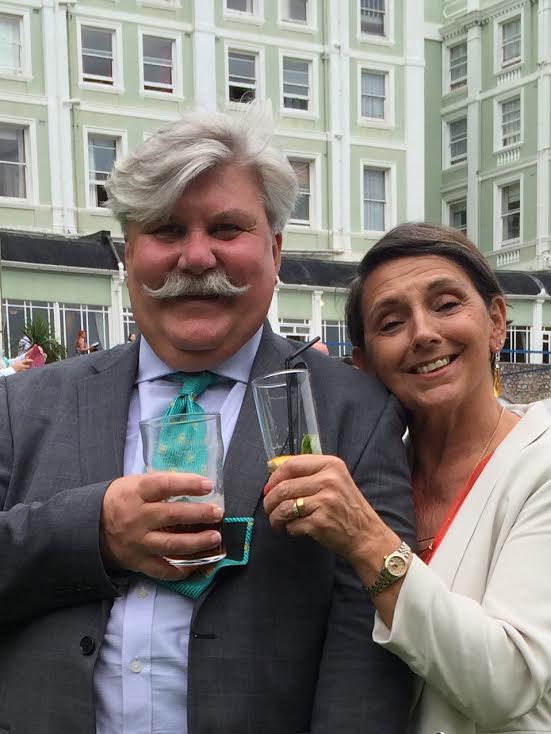 “Helen has allowed me to express myself and this sort of support has been essential in helping me cope with not only Ron’s changing personality but my own. I’ve become angry with the situation and at times reacting with spiteful comments to counteract Ron.

“However, I’m not alone, Helen has been there at the end of the phone and on visits to help us both and I look forward to her coming, as she’s not only a support for the dementia, but she’s also a great friend.”

Ben Upton, Regional Lead for the Admiral Nurses, said: “The Legion works with Dementia UK to provide Admiral Nurses – a service that supports the carers of our beneficiaries who have dementia. The focus of the service is to maintain independence and improve the quality of life for carers and families and to provide the practical advice they need, as well as providing key emotional support.”

Find out how Admiral Nurses can help